The Foo Fighters announced they will continue performing as a band following Taylor Hawkins’ death in March.

Taking to social media on Satursday to reflect on the “most difficult and tragic year that our band has ever known,” they expressed their appreciation to “the people that we love and cherish the most, and for the loved ones who are no longer with us.”

The band, which was formed 27 years, noted that they formed “to represent the healing power of music and a continuation of life”.

They continued, “And for the past 27 years our fans have built a worldwide community, a devoted support system that has always helped us all get through the darkest of times together. A place to share our joy and our pain, our hopes and fears, and to join in a chorus of life together through music. 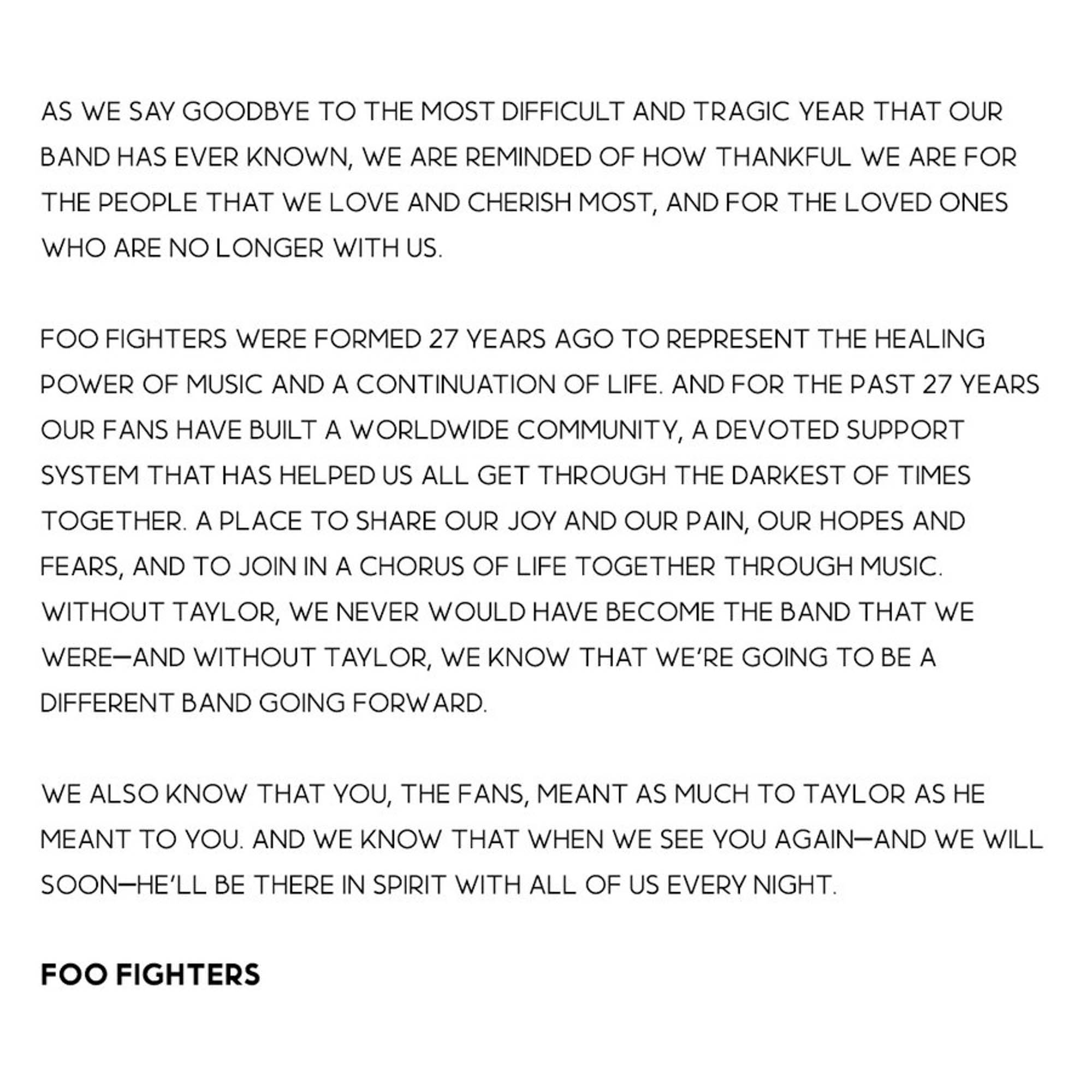 The band further recognized that Hawkins “meant as much” to the fans, adding that “when we see you again — and we will soon – he’ll be there in spirit with all of us every night.” 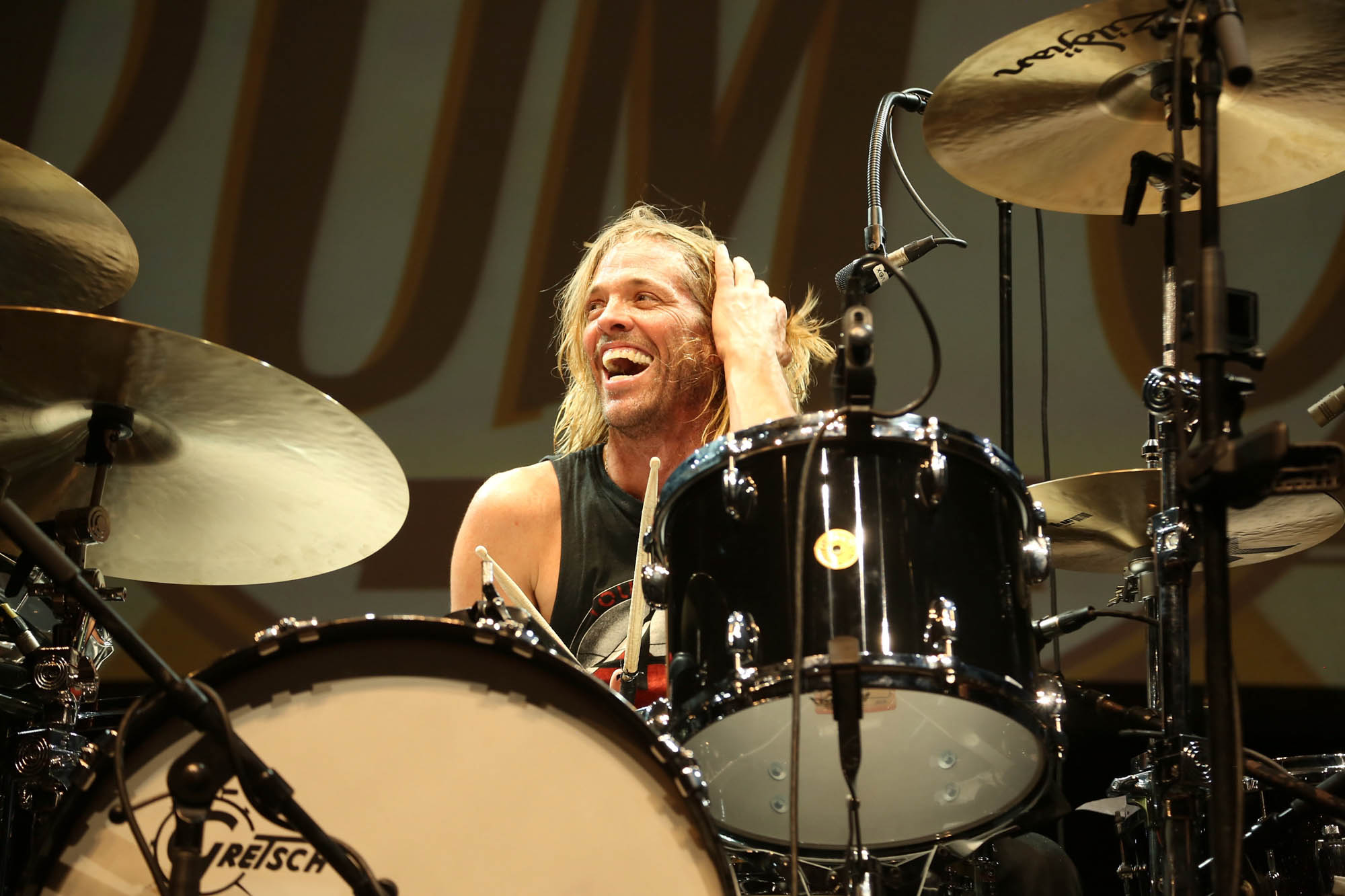 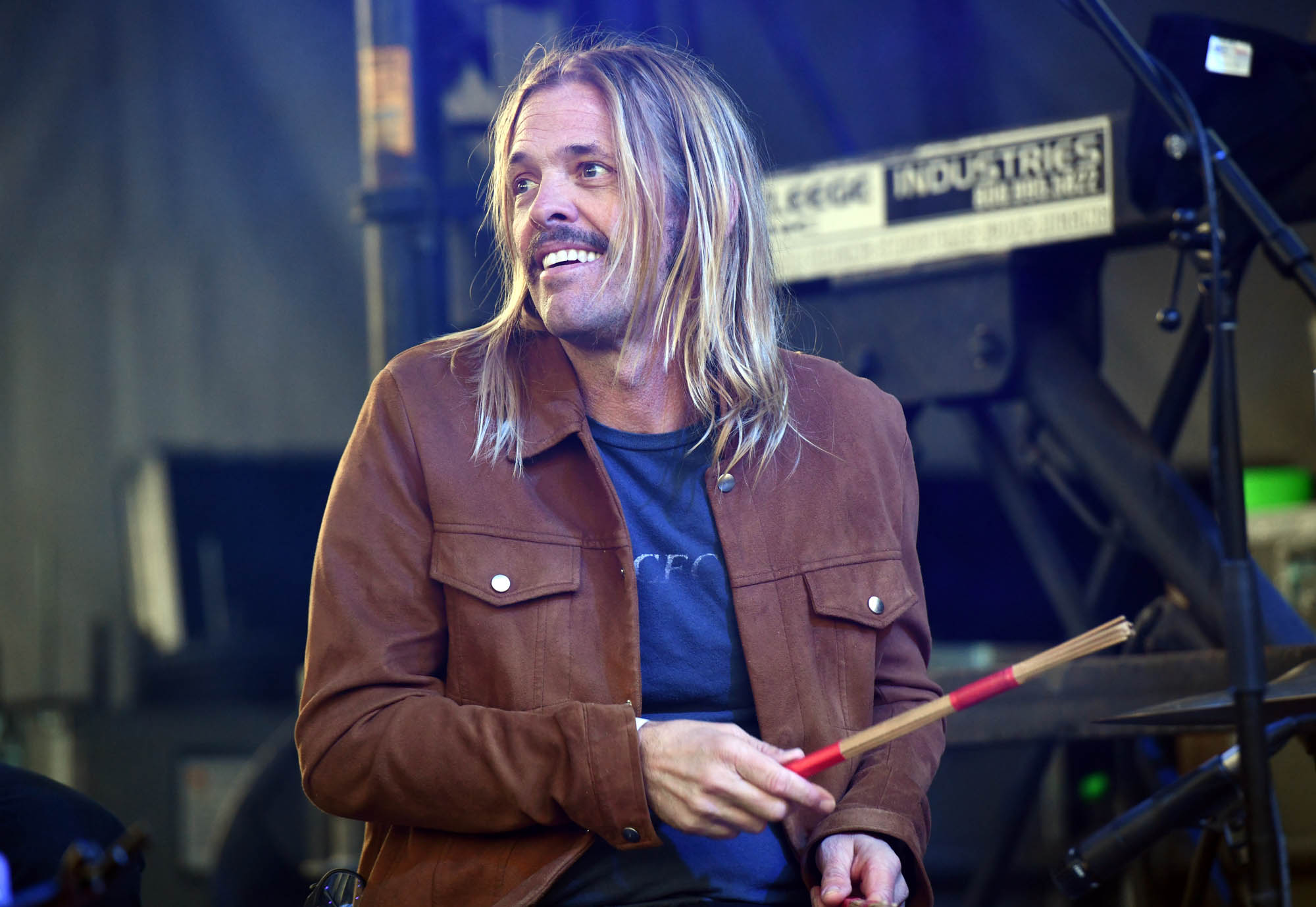 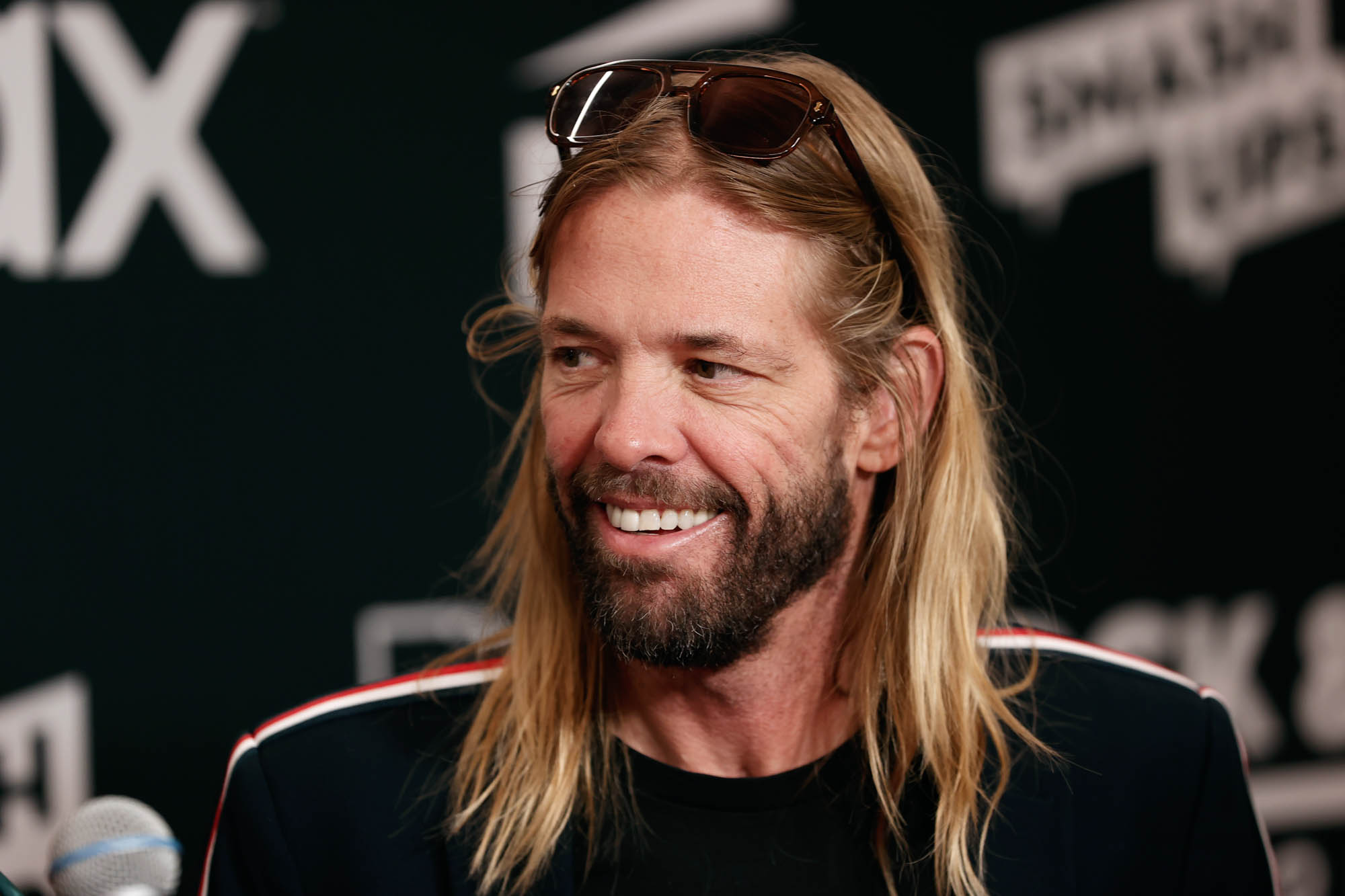 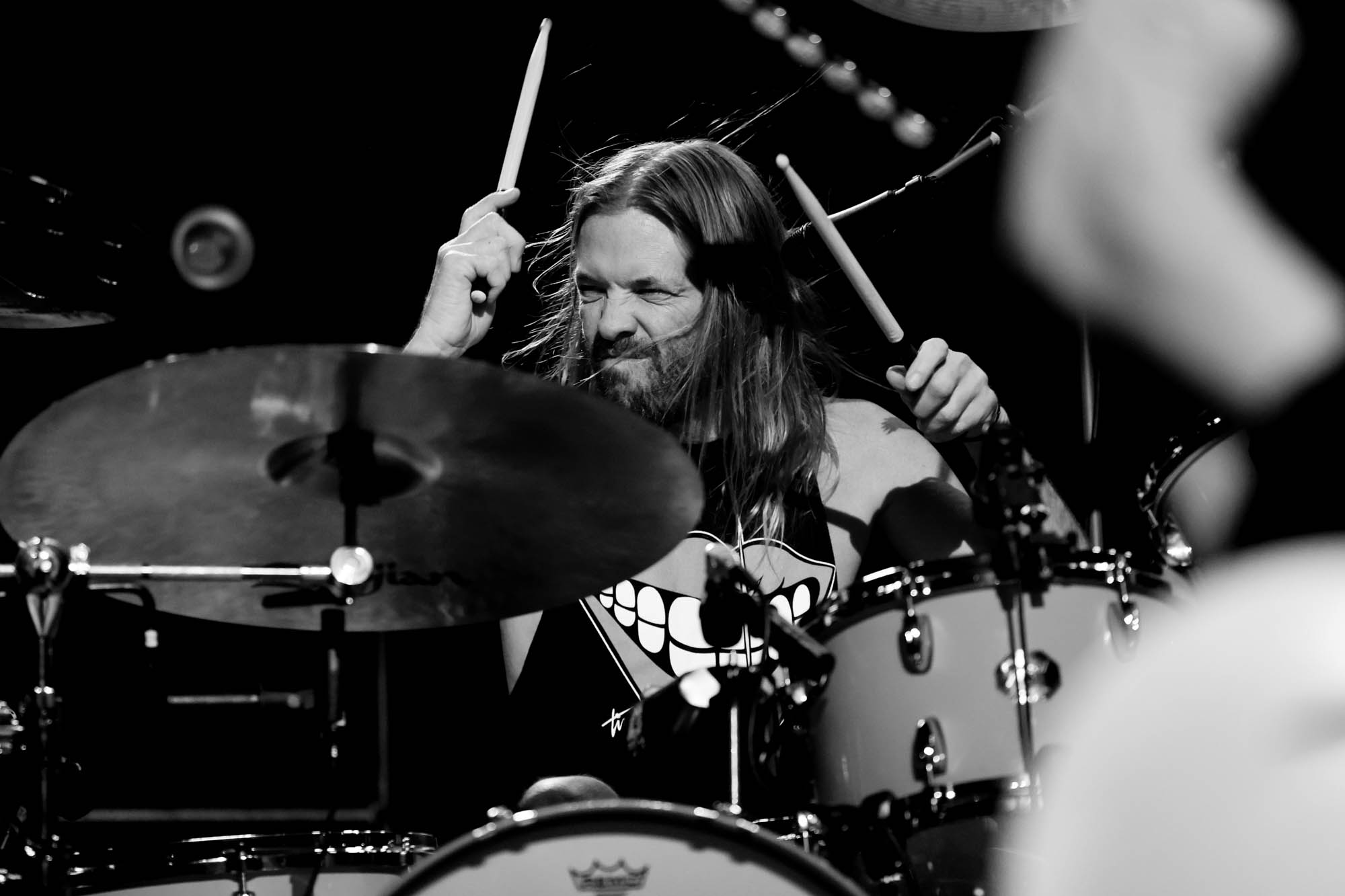 The Foo Fighters’ announcement comes nine months after they canceled their world tour to mourn the loss of their drummer, who was 50 years old, at the time of his death.

“It is with great sadness that Foo Fighters confirm the cancellation of all upcoming tour dates in light of the staggering loss of our brother Taylor Hawkins,” the group wrote on their social media channels.

“We’re sorry for and share in the disappointment that we won’t be seeing one another as planned. Instead, let’s take this time to grieve, to heal, to pull our loved ones close, and to appreciate all the music and memories we’ve made together. With Love, Foo Fighters.” 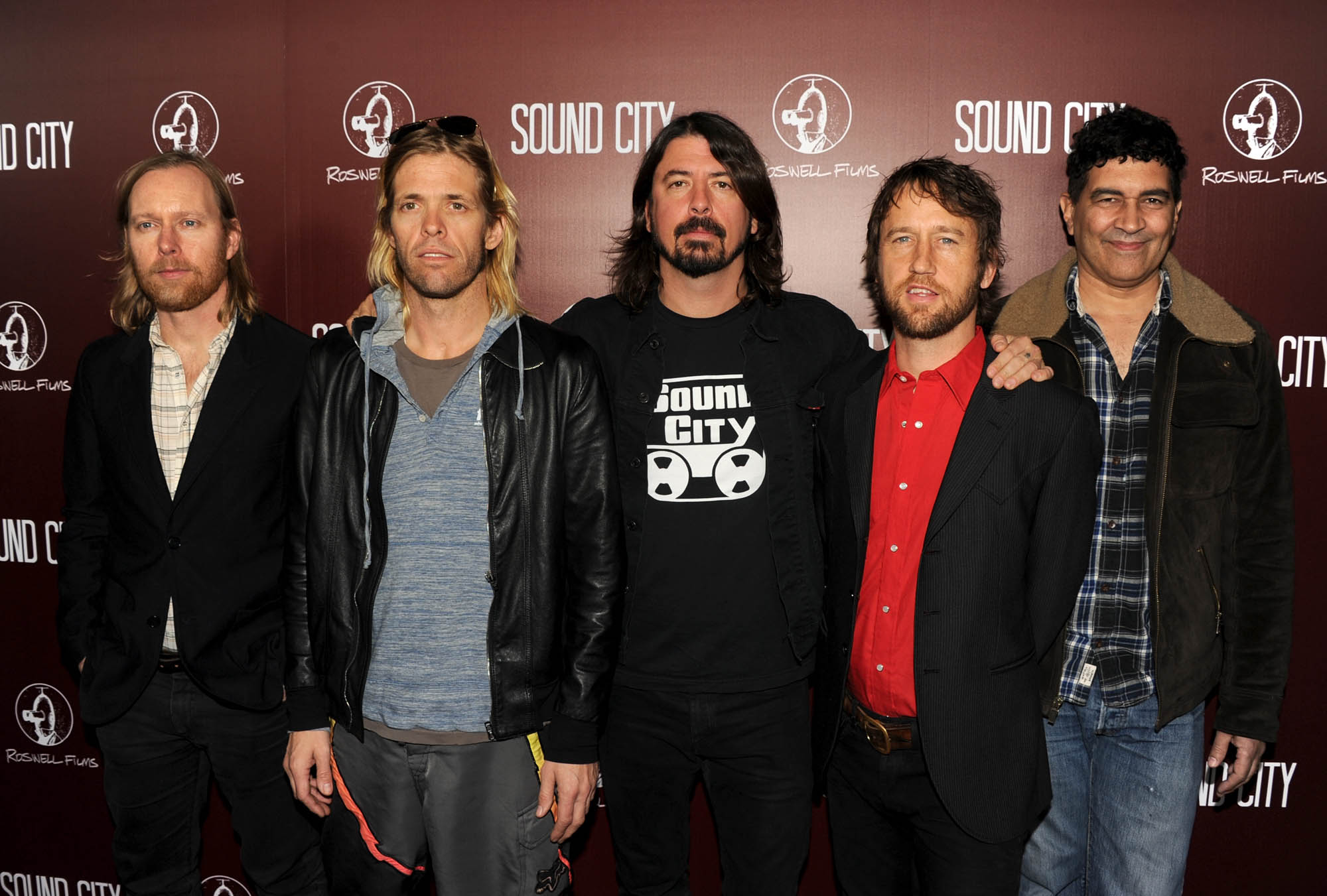 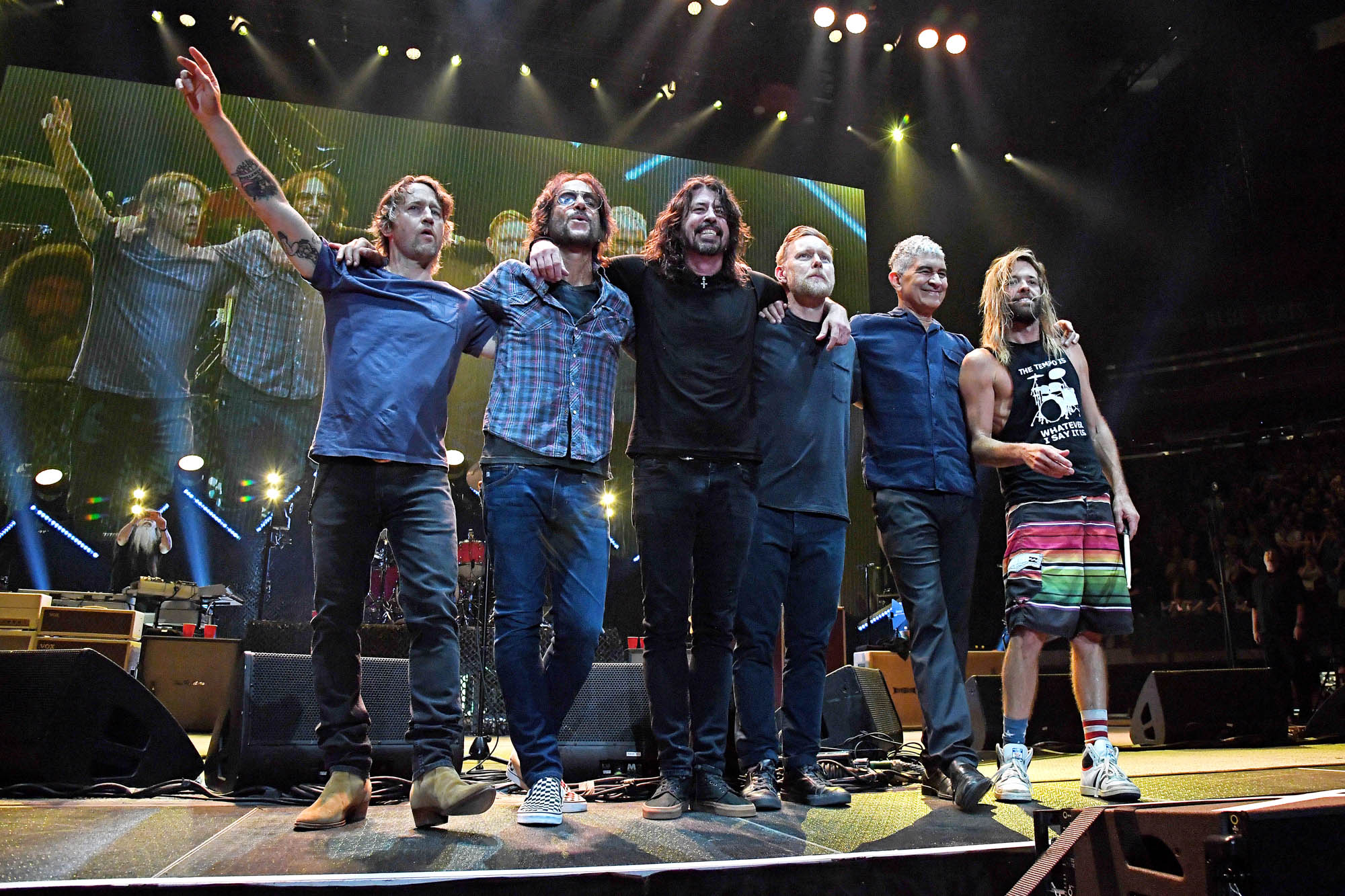 Hawkins was found unresponsive in his hotel room before the band was scheduled to play a show in Bogota, Colombia.

He had reportedly complained of chest pains before going alone to his hotel room.

Colombian authorities stated that the musician suffered from an enlarged heart muscle, possibly leading to cardiac arrest. He also reportedly had 10 different drugs in his system at the time of death.

Hawkins was survived by his wife, Alison, and their three children.