The head of Victoria’s anti-corruption commission has called for a significant change to how his organisation is funded, suggesting decisions about his funding should be removed from the discretion of the government of the day and given to the state parliament.

In an interview with The Age, Independent Broad-based Anti-Corruption Commission chief Robert Redlich also called for his powers to be significantly broadened to allow his team to investigate so-called “soft” or “grey” corruption and what he called “fundamental institutional failings” in the state administration. 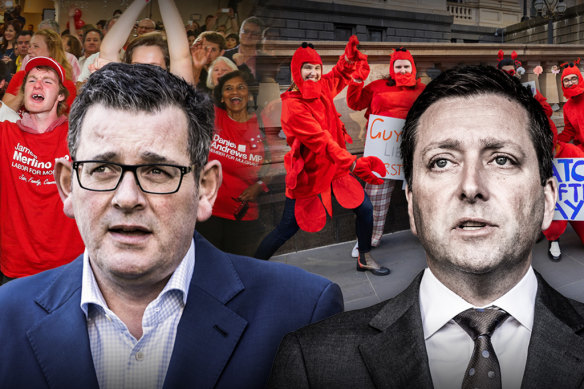 Integrity is turning into a major issue in the November state election campaign.Credit:

“There has not been sufficient recognition given to the importance of exposing soft corruption … If [governments] bypass processes that are established and are there to serve the public interest; if decision-making is justified on the basis that it is politically expedient … then we’re on a slippery slope,” Redlich said.

The commissioner’s call comes just four months before a state election at which both major parties are preparing to campaign on the issue of integrity.

As it stands, Redlich must ask the treasurer if he needs additional funding for investigations, which raises the risk that a government could punish the organisation for launching awkward or politically damaging investigations.

Redlich said there were degrees of budgetary independence.

“We are giving serious consideration to a budget controlled by the parliament and not the executive of government. I am hopeful before the current parliament is prorogued [before the November election], that a submission to government and parliament to that affect is made,” he said.

However, the current arrangement still does not separate funding from the ministerial decision-making process, a flaw that Redlich believes needs to be addressed.

Centre for Public Integrity research director Catherine Williams said: “It is not difficult to imagine a scenario where an executive which is the subject of adverse reports is tempted to retaliate against an institution like IBAC by reducing its funding.”

“But the optimal model would see funding allocated by an independent funding tribunal,” she said.

She also said the current threshold for IBAC to launch investigations was an “unjustifiable limitation” to investigating soft corruption, for example pork barrelling, which is designed to divert public funding to help the private political interests of the major parties, and breaches of ministerial and staff codes of conduct which might not reach the threshold of committing an offence.

Under the current law, IBAC must have a reasonable suspicion that a relevant offence has been committed before it can launch an investigation. Redlich said this threshold must be lowered to bring IBAC in line with its NSW counterpart, the Independent Commission Against Corruption, which can investigate any allegation of suspicion of corruption, including alleged substantial breaches of the codes of conduct that govern ministers and MPs.

“Very often when it comes IBAC, whilst it’s plain enough there is unethical behaviour worthy of investigation, unless the material goes so far as to substantiate or meet that threshold, we must dismiss it,” Redlich said. 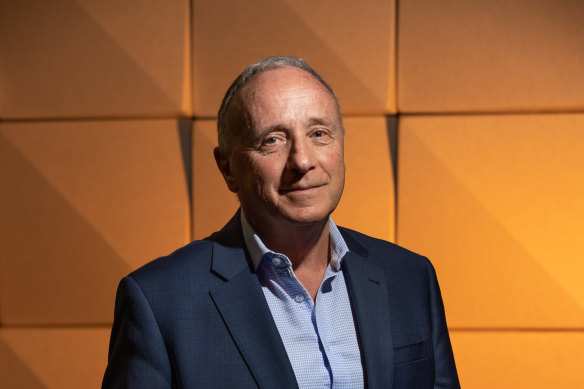 Robert Redlich has flagged a suite of reforms he believes are needed to strengthen the anti-corruption watchdog.Credit:Jason South

“In many of our investigations, we do not find at its conclusion that a relevant offence has been committed but we uncovered such fundamental institutional failings. And that’s the importance of integrity commissions. Anything that stands in the way of that, one has got to look at very carefully.”

Although the Andrews government increased IBAC’s powers in 2016 by removing the requirement for corrupt conduct to be “serious”, and added the ability to investigate the offence of misconduct in public office, its jurisdiction remains more limited than ICAC’s.

Victoria’s IBAC would have been unable to investigate, for example, former NSW premier Gladys Berejiklian, who was probed by ICAC over whether she breached public trust or encouraged corrupt behaviour.

NSW Premier Dominic Perrottet in May announced an overhaul of funding for his state’s key integrity bodies and made them exempt from efficiency dividends applied to other government departments. However, he stopped short of granting a request from ICAC for its funding to be made independent because of a “philosophical view” about the role of the executive. 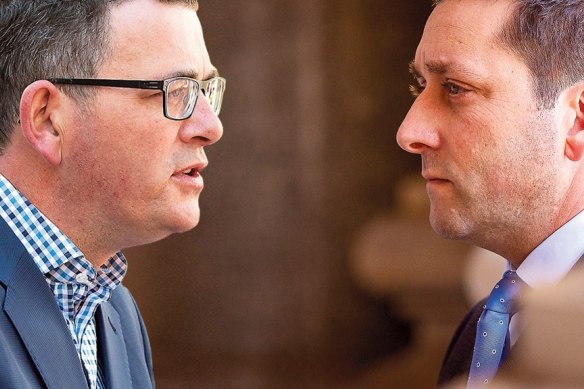 Victorian Attorney-General Jaclyn Symes said IBAC had broad powers and the resources it needed to conduct its investigations effectively.

“We’ve delivered stronger powers and record funding to further support IBAC in these investigations,” Symes said. “This funding includes an almost-doubling of what IBAC received in 2015, with this year’s forward estimates to show an annual increase of more than $31 million.”

Rules governing IBAC ensure “a balance is maintained between IBAC being able to do its important work and the proper protection of individual rights and their welfare,” she said.

Shadow attorney-general Michael O’Brien said the Coalition had committed to a suite of reforms, including an additional $10 million to IBAC’s budget and giving it the powers to conduct more public hearings.

“We strongly support the IBAC having the funding and powers it needs to uncover and prevent serious corruption,” he said.

The Andrews government has been embroiled in several corruption scandals over the past eight years, including the recent joint IBAC and Ombudsman investigation, Operation Watts, which found two former Labor ministers misused public money for party-political activities.

The integrity agencies made adverse findings against former ministers Adem Somyurek and Marlene Kairouz, but stopped short of recommending criminal prosecutions, saying the law was “grey” and the duo had engaged in soft corruption.

Meanwhile, the government referred Opposition Leader Matthew Guy and his former chief of staff Mitch Catlin to IBAC this week after The Age revealed Catlin asked wealthy Liberal Party donor Jonathan Munz to make more than $100,000 in payments to his private marketing business in addition to his taxpayer-funded salary.