‘We’re becoming a nation of sensitive idiots!’ Writer’s claims that ‘sexist’ beers like Dizzy Blonde and The Village Bike should be banned from pubs leaves GMB viewers furious

Good Morning Britain viewers were left furious over a debate claiming beers with ‘sexist’ names should be banned from pubs and festivals.

Beer writer Melissa Cole and TV personality Nicola McLean appeared on this morning’s show to argue over pints with names like The Village Bike and Dizzy Blonde should be removed.

The debate arose as Campaign for Real Ale (CAMRA) has banned any beers or ales with the discriminatory names from festivals in the UK this week. 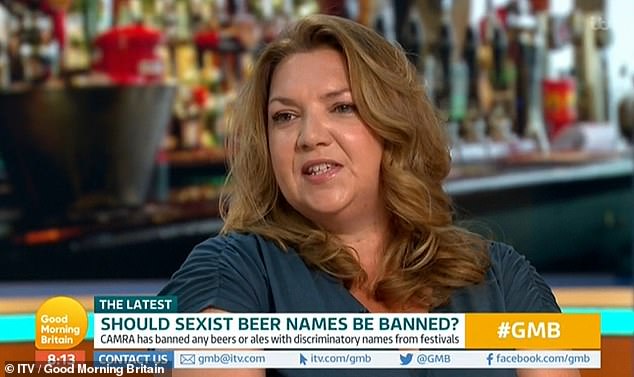 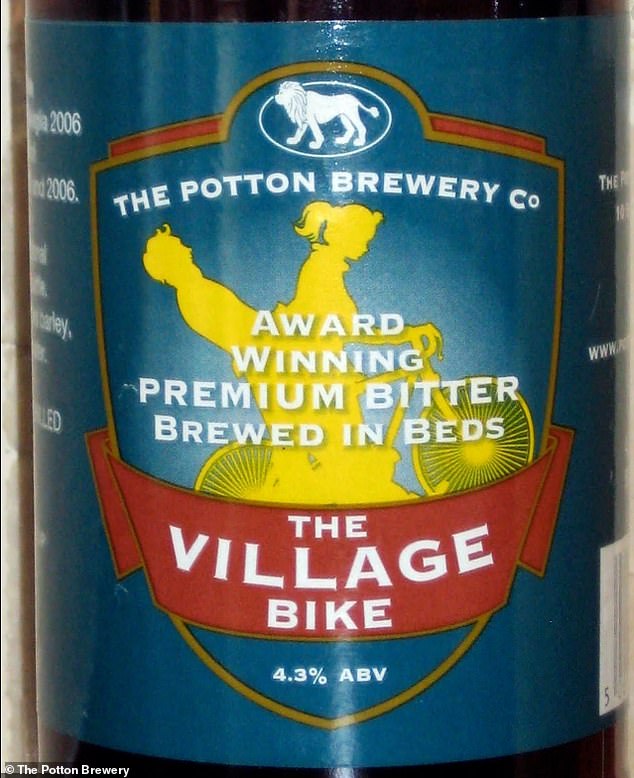 Melissa argued that these names were not only sexist but also discriminatory to women and the LGBTQ community, while Nicola, who’s fine with the names, said people were just looking for things to be offended about.

Viewers seemed to echo her position, with many noting that the names were just a bit of fun and nothing to be angry about.

‘People are way to easily offended these days.. it’s alcohol get over it,’ one commented.

‘I’m all for feminism…. but seriously people arguing on GMB about beer names being sexist to women?… like seriously how petty,’ said one.

Many felt that the issue of beer names was not a priority.

‘If sexist beers is the only thing you need to worry about, then you obviously have an amazing life,’ wrote another.

‘People are going to have nothing to moan about if we keep banning things because it offends the minority,’ another said.

‘For crying out loud do people leave the house with a little checklist of what they can be offended about today,’ one observed.

A label for the Raging B**** beer, a sexist beer name that could be banned from festivals in the UK 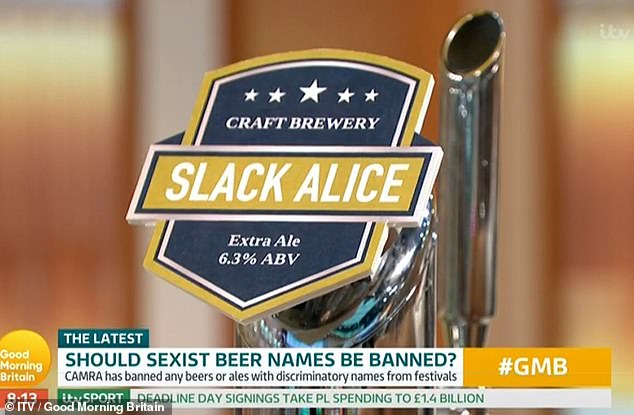 Slack Alice, one of the beers and ales that were banned from festivals by the Campaign for Real Ale 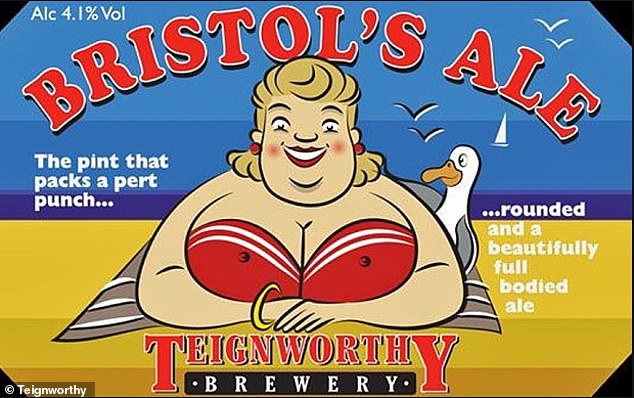 Melissa, who’s made a career about writing on the beer industry, argued that it needed to become more welcoming of women and other minorities, such as the LGBTQ community.

‘We need to appeal a new market, to be sure we’re welcoming to everybody,’ she said. ‘It’s not just about sexist branding, just about discriminatory branding full stop.’

As the panel mentioned cocktails with saucy names such as sex on the beach, Nicola said she did not feel offended by them either. 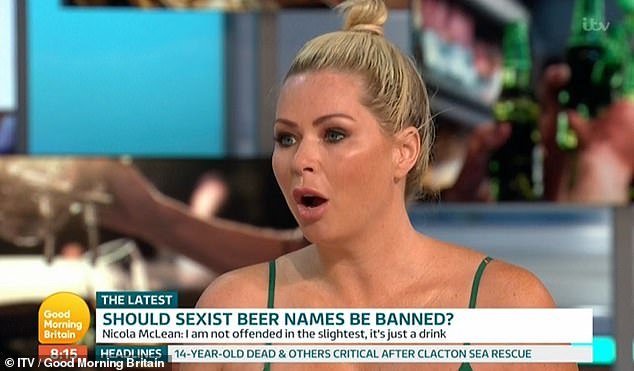 Nicola McLean argued that she felt it was offensive to rthink women would be embarrassed by the suggestive names of beers, ales or cocktails

‘It’s actually quite offensive to think a woman would be embarrassed to go order one of those cocktails because it has some sexual nature in it,’ she said.

‘I’m a big grown woman, I can go up to a bar and order whatever I want,’ she said.

This week, Campaign for Real Ale (CAMRA), which organises more than 180 beer festivals each year in the UK, banned sexist beer labels from its main event, the the Great British Beer Festival, which is taking place this week at Olympia London.

1,000 beverages, from beers to ales and ciders, were checked to insure their labels were not sexist or offensive.