Is this the double-ended secret of Goopy Gwyneth’s bliss

In a new video for Vogue’s “Life in Looks,” the 48-year-old Goop founder and screen star reflects on some of her most iconic outfits from over the years, including the super-short, sequined Prada dress she wore to the 2012 Met Gala — which, as it turns out, wasn’t actually a dress at all.

“I guess I should mention that this was the shirt, and there was a big skirt that came with it,” Paltrow explained. “But I was like, ‘No! … This is great. I love this.’”

The star’s stylist attempted to sell her on the full look, to no avail. “You know, you gotta get the weapons out. So I decided to go with just the shirt, and I don’t regret the decision,” Paltrow said.

And despite the steel blue style’s micro hemline, the “Shakespeare in Love” actress was able to avoid a wardrobe malfunction at the Met.

“If I’ve learned one thing, it’s how not to show your vagina on a red carpet,” she quipped.

Paltrow’s pantless Met Gala moment is far from her only bold fashion choice to date, however; elsewhere in the clip, she reminisces about the sexy white lace-up Pucci gown she chose for the LA premiere of “Country Strong” in 2010.

“This I don’t think I’d wear again. I think my kids would be so embarrassed if I left with, like, my ass hanging out of something, so I don’t think they would let me wear this,” she admitted. “I mean, I don’t even know if I could wear underwear in this. It was probably pretty risky!”

And then there’s the gothic Alexander McQueen look she wore to the 2002 Oscars, sans bra — arguably her most polarizing look.

“Everyone really hated this, but I think it’s kind of dope,” she said. “People were really critical. I think at the time, it was too goth … too hard. I think it sort of shocked people. But I like it.” 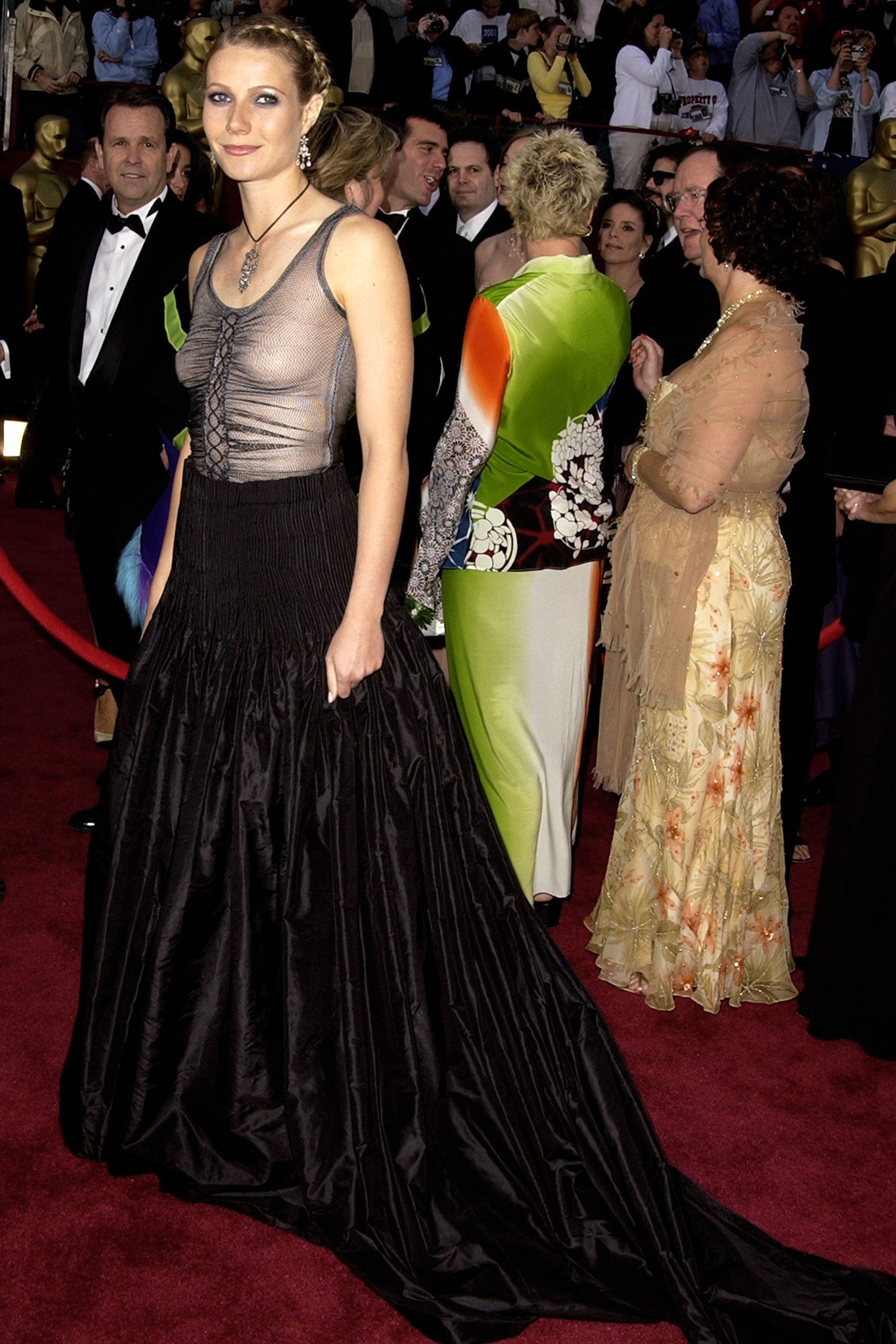