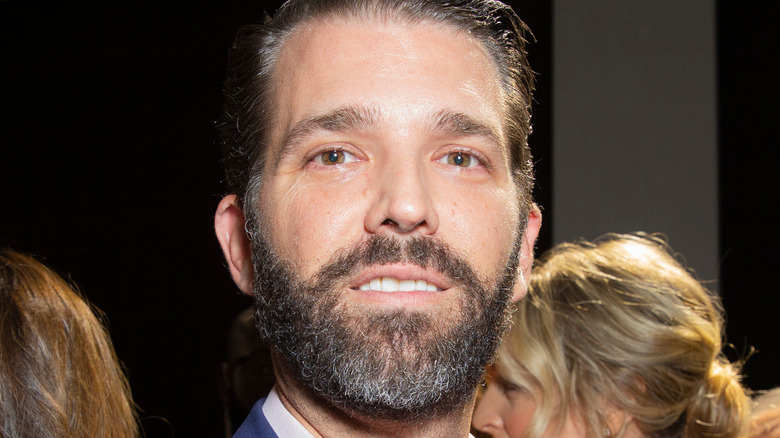 Make your phone great again? Donald Trump Jr. is the latest celebrity to join Cameo. The popular video-message app allows fans to buy a personalized greeting for a loved one or friend for a special occasion or just a heartwarming surprise. Shoppers can pick from a variety of famous names from the worlds of music, TV and movies, sports, influencers, and yes, politics.

Identifying himself as “Father, Patriot, Outdoorsman, Businessman, Political Commentator, and #1 NYT Bestselling author” (per AP News, the No. 1 bestseller claim came with a dagger symbol next to the title, meaning “some of the sales were ‘bulk purchases'”),  the former first son will record a video on request for the modest sum of $500. For an extra $19.95, you can add the “Direct Message” feature, which lets you send a note of your own to Don Jr. (“A response is not guaranteed and no refunds are given in this situation,” Cameo warns.) A portion of the fee will be donated to the cause of Trump’s choice: The Shadow Warriors Project. (This charity supports private military security contractors injured in the line of duty; as civilians, they are not entitled to military benefits.)

As of this writing, Don Jr.’s Cameo page has 408 fans and 19 glowing reviews. Among them: “Wow!!! Thank you so much Donald Trump Jr. for the fantastic personal video message for my husband. I also want to thank you and your family for all you do for the American people. God Bless the Trump Family!!!” 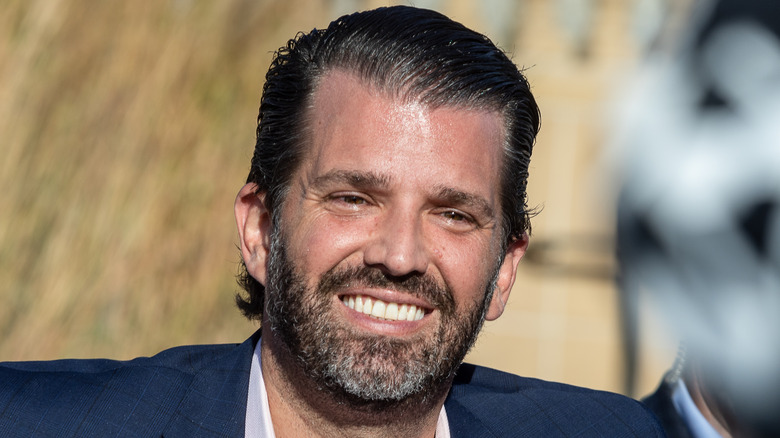 As the saying goes, you get what you pay for, and if you’re buying a personal message from the former president’s son, you know you’re not going to get a chorus of “Happy Birthday,” a word of wisdom, or wishes for peace on earth. The sample messages on his page — all apparently recorded from his kitchen on the same day — offer the requested congratulations for the occasion, then veer into self-promotion territory.

To a father recovering from lung and throat cancer, he says, “I hear you like golf and the Trump family, so you’re a man after our hearts, and certainly my father’s … let’s keep fighting for America, and keep America great again.”  To a newly sworn-in U.S. citizen, Don Jr. takes a poke at President Biden for not delivering a message at the ceremony, then adds, “Maybe we’ll see you at a MAGA rally sometime in the not-too-distant future.” He notes to a couple celebrating their 50th anniversary that the date is just before his father’s birthday. To a fan from Australia, Don Jr. says, “Thanks for helping us out and supporting us and going after the liberals and the crazies on CNN. Congratulations for all you do … Look forward to seeing you continue fighting against the leftists.”

So far, Don Jr. is the only member of the Trump family who’s offering Cameo greetings. However, his girlfriend, Kimberly Guilfoyle, is also on the service. A message from the former Fox News host will set you back a comparatively cheap $200.