The simple dessert anyone can make: Home cook shares her VERY easy recipe for a three-ingredient Nutella cake

A simple recipe for a Nutella cake using only three ingredients has sent foodies into a frenzy after being shared on social media.

After a home cook shared the easy to follow recipe on the Slow Cooker Recipe and Tips Facebook page, other savvy bakers around Australia have tried the idea for themselves.

The three ingredients include Nutella, self raising flour and eggs and can all be bought for an affordable price at Woolworths. 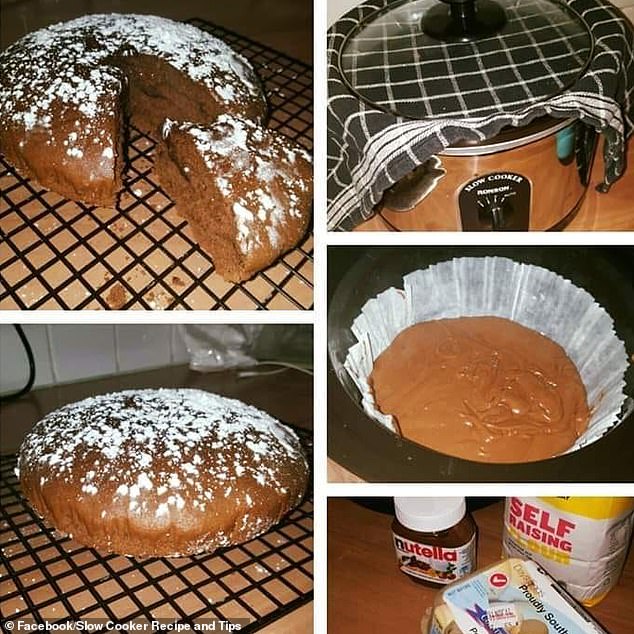 The three ingredients include Nutella, self raising flour and eggs and can all be bought for an affordable price at Woolworths

Unlike other recipes, the dessert was baked in a slow cooker to create the perfect tasty Nutella creation.

To bake the dessert combine all three key ingredients together in a mixing bowl, place in the slow cooker and cook on high for one hour.

A savvy home cook also recommended placing a tea towel under the lid to stop condensation from rising.

One cup of Nutella

One cup of self-raising flour

Mix all three ingredients together

Cook in the slow cooker on high for one hour

Tip: Place a tea towel under the lid to stop condensation

A third also mentioned they are going to try the recipe for themselves to see how easy it truly is.

Earlier this year a woman shared how she made a banana cake in her slow cooker also using only three ingredients.

The woman combined five bananas, a tin of condensed milk and 3.5 cups of self-raising flour before placing the mixture in her slow cooker for two to three hours.