A homeowner has received thousands of pounds in compensation after finding damaging Japanese knotweed in their garden.

Chris Davis, who lives with his family in South Wales was awarded £6,000 after the invasive weed appeared encroaching in his garden.

The aggressive plant can spread across a property’s land and make it unsaleable as it can make it difficult for buyers to get a mortgage on the property. 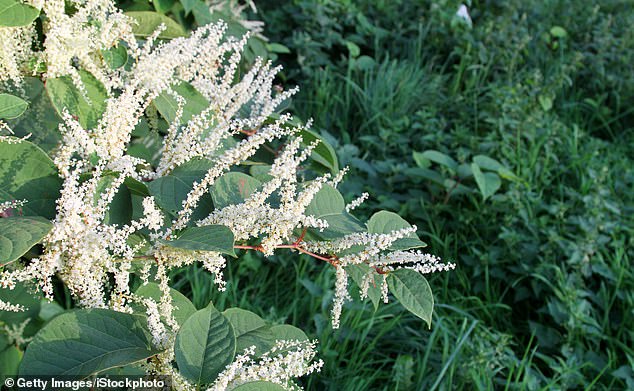 Pest: Japanese knotweed can be a headache for homeowners

The plant is often found near railway lines as it is deliberately planted to stabilise surrounding embankments.

In Mr Davies’ case, the plant originated at Network Rail Infrastructure’s railway at the rear of his house.

He first noticed the plant in 2019, although it is now growing close to some of his outbuildings – which could eventually cause damage to those structures.

The homeowner sought legal advice from Liverpool-based High Street Solicitors in 2019, and had the knotweed professionally surveyed.

The survey revealed that the knotweed was two metres tall near Mr Davies’ property and spreading across an area of around 36 m sq.

It is understood that the infestation is around 20 years old, with the plant on Mr Davies’ land thought to be between four to five years old.

Network Rail Infrastructure was approached for a comment and declined. 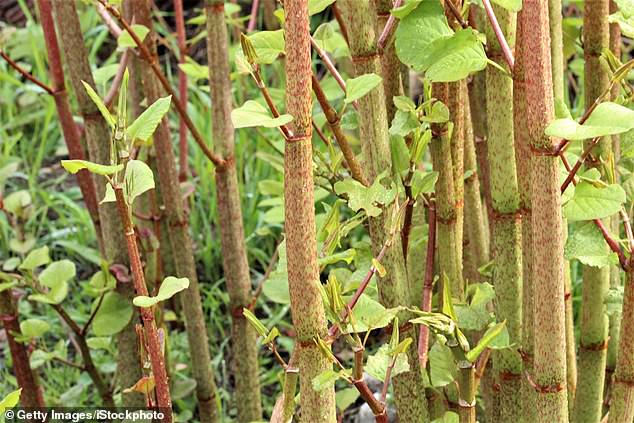 Invasive: The plant is spreading across an area of around 36 m sq, according to a survey

Mr Davies is relieved to have compensation and a treatment plan in place.

He said: ‘I’d noticed the Japanese Knotweed and knew that it can be really damaging to the structure of nearby properties if left untreated.

‘I’m delighted that my family has received compensation as well as having the encroaching plant treated to prevent any future damage.’

Christopher Eccles, of High Street Solicitors, added: ‘Summer is the height of Japanese Knotweed season, it’s when the plant will grow more vigorously.

‘Japanese Knotweed poses a risk to the structure of properties, wreaking havoc if it grows and destroys the foundations of homes.’

How to get rid of Japanese knotweed

If the dreaded plant is caught early enough, it can be conquered. The Royal Horticultural Society says the most effective and simplest method to tackle a limited outbreak of knotweed is with a glyphosate-based treatment such as Roundup Tree Stump Weedkiller.

The plant can be cut back in the summer with just an eight-inch hollow stem left overground. You then drip feed the weed killer into the hollow so it sucks up the poison – and hopefully kills underground growth.

But it usually requires at least three to four seasons of treatment. A professional knotweed eradicator costs more, but they will have access to a more powerful weed killer that might tackle the outbreak in a shorter period.

They should also provide a certificate to show that the work has been done and the problem stamped out. The company should also include a guarantee that if the problem comes back within five or ten years, they will treat it for free as part of the initial contract.

Colin Peters, of weed control specialist Perfect Ground Solutions in Wareside, Hertfordshire, previously told This is Money: ‘You do not need to have sleepless nights over Japanese knotweed – there are sensationalised stories about the damage it can do when in reality it is usually not a major problem.

‘You can pay £100 or so for a site visit from an expert to diagnose the situation and look at how it might be treated. If you are lucky, a couple of repeat treatments at a couple of hundred pounds might be enough. The final bill may come in well under £1,000 and it will be money well spent.’

But Peters warns that doing nothing is not a smart option – given knotweed’s propensity to spread.

Trying to dig it up yourself might do more harm than good by accidentally disturbing rhizomes in the soil. Taking away contaminated soil and treating a persistent clump of knotweed can cost at least £5,000.