Kate Middleton and Prince William at the proud parents of three children. They are Prince George, six, Princess Charlotte, four, and Prince Louis, one. Charlotte and George attended the Christmas Day service with their parents.

This year Kate, William and their two eldest attended church alongside other senior royals.

Princess Anne was also in attendance, as were the York princesses’ partners.

Princess Charlotte and Prince George enchanted the crowds, distracting from the fact that Prince Harry and his former-actress wife Meghan Markle were spending the day overseas.

READ MORE: Meghan Markle: Why has Duchess still not worn Queen’s jewellery like Kate? Is she banned? 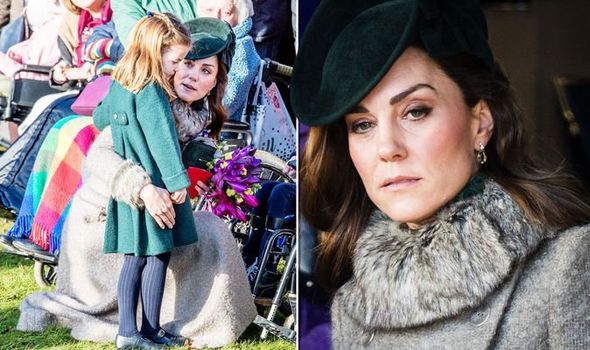 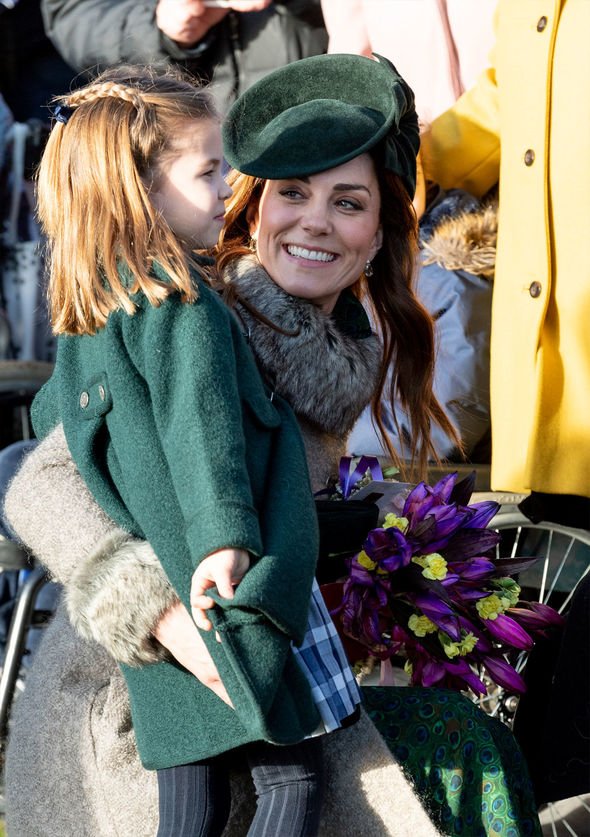 Princess Charlotte and Prince George gave hugs out to members of the public.

Kate smiled as her children interacted with the crowds.

A body language expert analysed images and revealed one key way in which Kate is very different to the Queen.

Kate, who has lived much of her life in the public eye, thanks to her relationship with the heir to the British throne, comforts her children in the limelight.

“She often places a comforting hand on on the backs of the children inn attempt to keep them calm and relaxed in the public gaze,” Darren went on.

William and Kate have a modern take on parenting, the expert notes.

“I notice that most pictures of the Kate’s children with their parents, feature either both Kate and William engaging with the children.

“This is in stark contrast to the parenting style by the Queen who was rarely seen showing any kind of interaction or attention to the royal children. 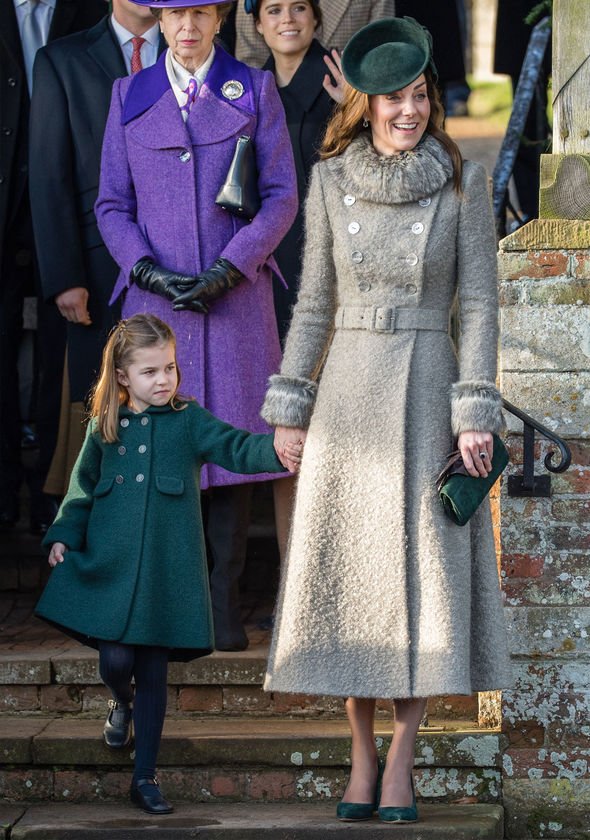 “I think Kate and William are very attentive parents and Kate especially is hands on.”

Kate Middleton was praised for her parenting by the public on the day.

Following some footage shared to Twitter, which showed the little princess follow her mother’s lead and curtsy to the Queen, members of the public praised Kate Middleton “excellent” mothering skills for teaching Charlotte to be so “well mannered”.

A royal fan responded to the video footage, commenting: “She is so well mannered.”

Whilst another added: “No doubt [well mannered] due to Kate’s excellent mothering skills, she’s just so cute!” 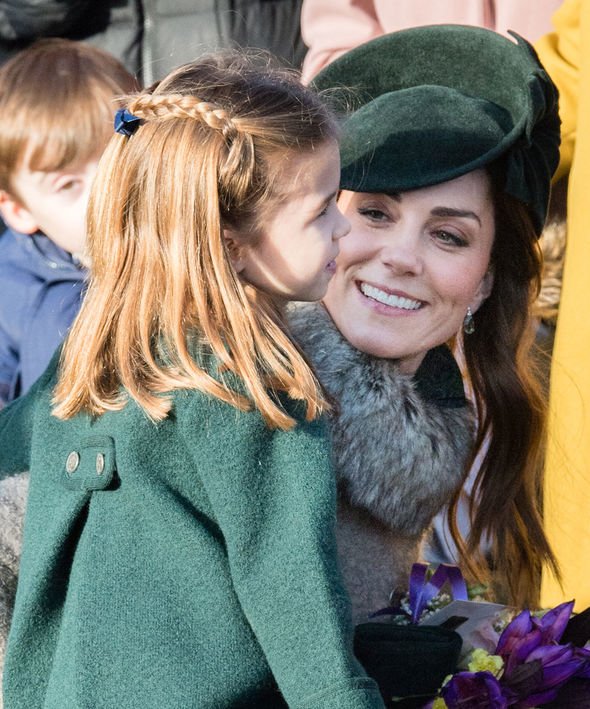 The user who shared the video captioned the footage with a sweet comment, it read: “Okay but Charlotte curtsied to the Queen! OMG! So cute!

“Her momma [did it] first but [then] she did it and she did it like a true Princess!

“She held her coat and [curtsied]! So freaking cute!”

How did Kate Middleton become a royal?

Kate Middleton, or Catherine, Duchess of Cambridge, was born on 9 January 1982 at the Royal Berkshire Hospital, Reading, England.

She was born to Michael and Carole Middleton, a former flight dispatcher and air hostess. The couple founded a party supplies company, Party Pieces, in 1987 – now estimated to be worth £30 million.

Kate has a younger sister Pippa Matthews, 34, and a younger brother James Middleton, 31.

Kate and her family moved to Amman, Jordan, in 1984, where the future Duchess was educated at an English-speaking nursery school.

After moving back to Berkshire the family sent Kate to private school, St Andrews School. She went on to briefly study at Downe House before moving onto Marlborough College where she boarded.

For university the young Kate attended the University of St Andrews in Fife, Scotland. Here she was awarded an undergraduate MA (2:1 Hons) in history of art.

Kate met Prince William when they were both studying at St Andrews, and both living in St Salvator’s Hall. Famously, William reportedly took a fancy to Kate after she wore a see-through dress during a fashion show.

In 2003 the couple began dating and lived together during their second year of university.

The couple split in April 2007, however, in October they were back together.

Prince William proposed to Kate Middleton with his late mother Princess Diana’s engagement ring in October 2010. The couple were holidaying in Kenya at the time.

On 29 April 2011 they married at Westminster Abbey with a whopping 26 million watching the event live.

Kate wore an Alexander McQueen dress worth a reported £250,000 on the big day.