CLEARING your debt can feel like mission impossible – but Rachel Elliott used an unusual savings method to pay off over £14,000 of hers in just one year.

Rachel, 36, went from "sticking my head in the sand" over her £20,000 debt, to clearing an impressive chunk off it in just over a year by using the so-called "pocketing" method. 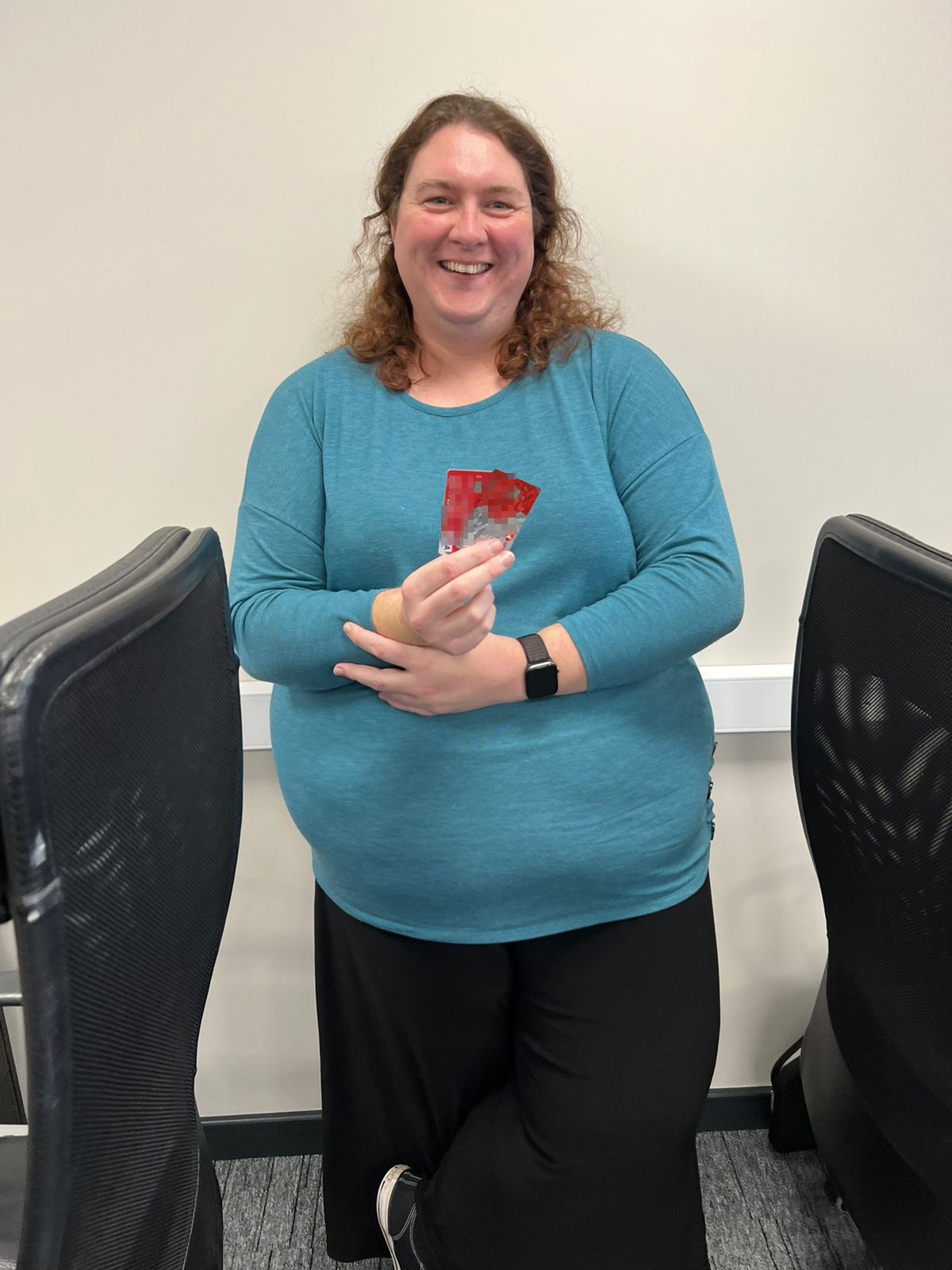 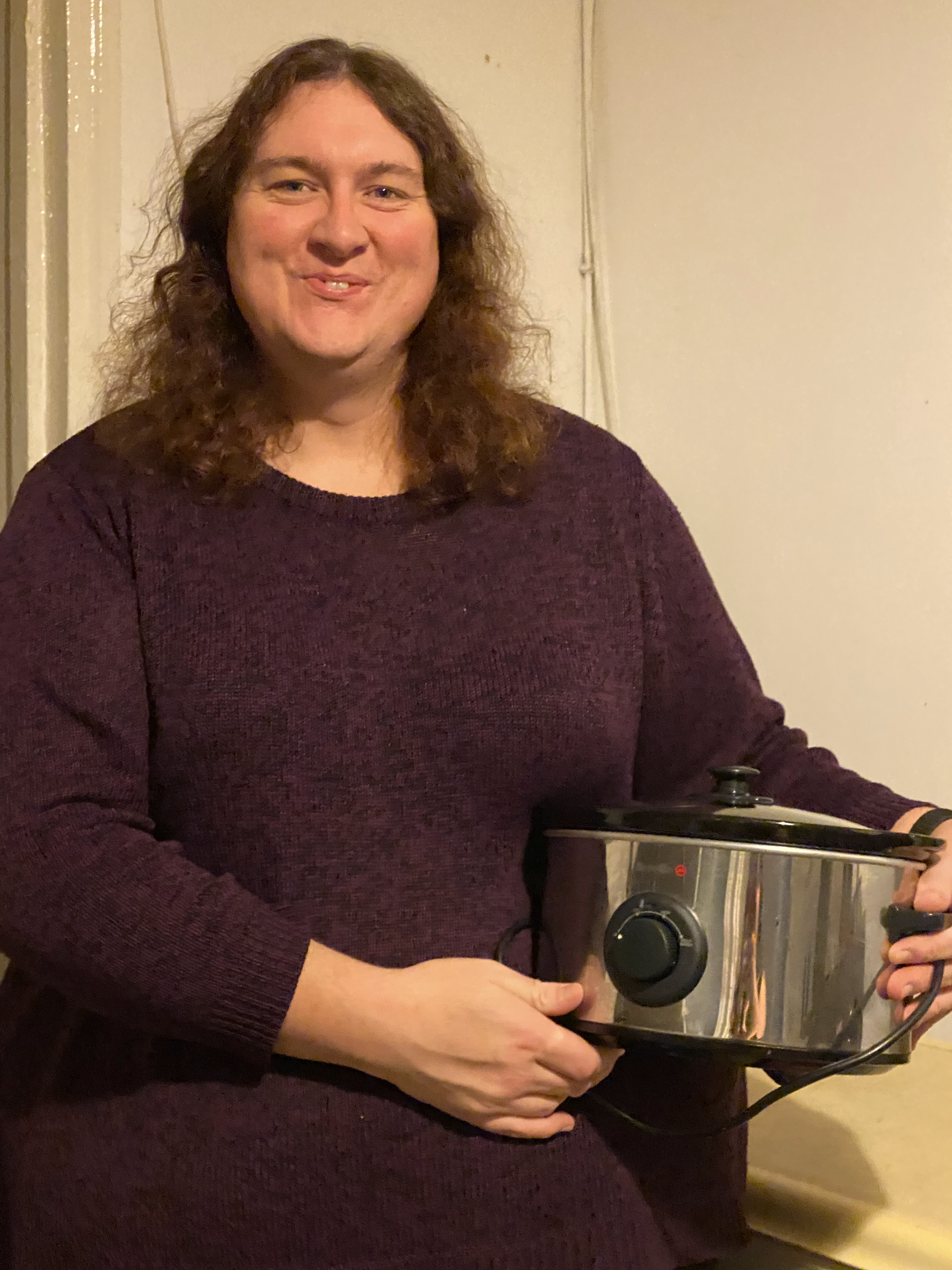 This is when you have separate accounts or pots of money to pay each bill or expense, such as your rent.

It helps savers keep track on their savings, as well as paying their debts or bills.

Rachel was inspired by a post on the MoneySavingExpert forum where people were discussing the method and how to do it.

"I chose to use the pocketing method because I could see exactly what was what," Rachel said.

"Having multiple accounts helped me understand my money."

She had 12 different accounts which she used for paying bills and tracking her saving and spending.

Rachel's accounts included one for her salary, five savings accounts, a Help to Buy Isa, an account for bills and a spending money account.

It's worth keeping in mind that having lots of available credit or applying for lots of accounts at once can have a negative affect on your credit score.

Instead you could use a spreadsheet or a bank that allows you to keep money in 'pots', like Monzo.

It wasn't the only way Rachel saved cash to clear her debt.

She also put herself on a no-spending challenge for a year, not buying any clothes, gadgets or takeaways and dinners out to save thousands of pounds.

She used to spend up to £3,000 a year on seeing her favourite bands and going to festivals – but she stripped this spending back and now only spends £100 a year on this.

Although she still has over £5,000 of debt still to repay, she aims to be completely debt-free by next year.

'Head in the sand'

She has two credit card debts, two overdrafts, a loan for her car and had car finance debts, plus she had taken out credit to buy an iPhone, an Apple watch, an Apple watch and a new mattress too.

And it would have taken her YEARS to pay off the debts as she was only making the minimum repayments – but the amounts were "manageable", Rachel said.

It was at this point when she began to struggle paying her debt – which included a £2,000 bill for outstanding utility bills.

She borrowed money off her partner to pay the rent and bills, and struggled to find a job – especially when Covid hit in March last year.

"I stuck my head in the sand, I assumed I was on top of it, and I was doing the best I could to pay everything," she said.

"For us to achieve what we wanted to, I needed to clear my debt. We want to buy a house of our own, and then buy properties to rent out."

In May, Rachel finally found work that was enough to pay the bills and her minimum debt repayments too.

She juggled two jobs which were on zero hour contracts – one job was in the rail industry, while another was a care worker position.

Rachel calculated that she needed to work at least 42 hours a week to cover her debt and living costs, but would often work much longer hours than this – sometimes putting in 90 hour working weeks.

But working so hard to clear her loans proved to be challenging for both her and her partner.

"Everything I was offered, I worked, which was detrimental to our relationship," Rachel said.

"There were cases where I would come back for a day, or had a few hours between different jobs and would only have enough time to change my bag and then get back in the car."

But the hard work paid off, as Rachel had soon raised enough money to start tackling her debts.

She used the avalanche method to pay off her debts – which meant she paid off the debts that had the highest interest rate first.

Rachel then paid off her two overdrafts which totalled £4,000, and then her outstanding water bill, which was £500.

Finally, she cleared her council tax debt, which was £200.

"I could see what was what," she said. "If I needed to top up my car, I knew exactly what the cost was. It just helped me to organise where I needed to put my money."

Before overhauling her finances, Rachel found she was often going over budget, buying fancy gadgets like Apple watches, takeaways and going to lots of gigs.

But she stripped back her spending to save thousands of pounds.

"I used to carry my slow cooker with me when I was working away from home for work, which dropped the cost of takeaways," she said.

"We would also make fakeaways while I was at home."

"I feel very proud I am almost at the end of the tunnel and a step closer to being able to not feel like a burden over my partner," Rachel said.

She advised people who are struggling with debts to start clearing those with the highest interest repayments.

"Prioritising bills with highest interest rate is the way to go," she said.

"Speak to those around you. Money should no longer be a taboo subject. Take your time to sit down and look at the whole picture, look at what its costing you."

How to get help with your debts

If you're looking to tackle your debt, there is help you can get to meet your repayments and shrink the pile.

Here's our top tips for getting yourself out of the red.

Falling behind on your repayments can feel scary – but it's important to face up to what you owe and tell your lender as soon as possible.

Ask for an affordable repayment plan – if your lender agrees, it could give you more time to pay off your debts.

Understand what you owe

Work out exactly what you owe in order to get a handle on how much you need to pay back.

You should calculate a budget based on all your outgoings and how much cash you have left over to meet your repayments.

Prioritise your debts and pay off the most serious ones – the ones which could see you lose your home or pay sky high interest rates, for example -if you don't have enough cash to cover everything you owe.

Your rent, mortgage, council tax and energy bills should be paid first because the consequences can be more serious if you don't cough up.

Pay off more than the minimum

For those who have more than one credit card debt, try to pay off more than the minimum repayment amount each month and you will pay off your debt quicker.

You should prioritise paying off the most expensive loan – which is the one with the highest interest rate.

This will help you save money on costly interest repayments.

If you’re struggling to pay your debts month after month, it’s important you get advice as soon as possible before they build up even further.

There are a number of charities and organisations you can reach out to who will help you tackle your debt and give free advice: 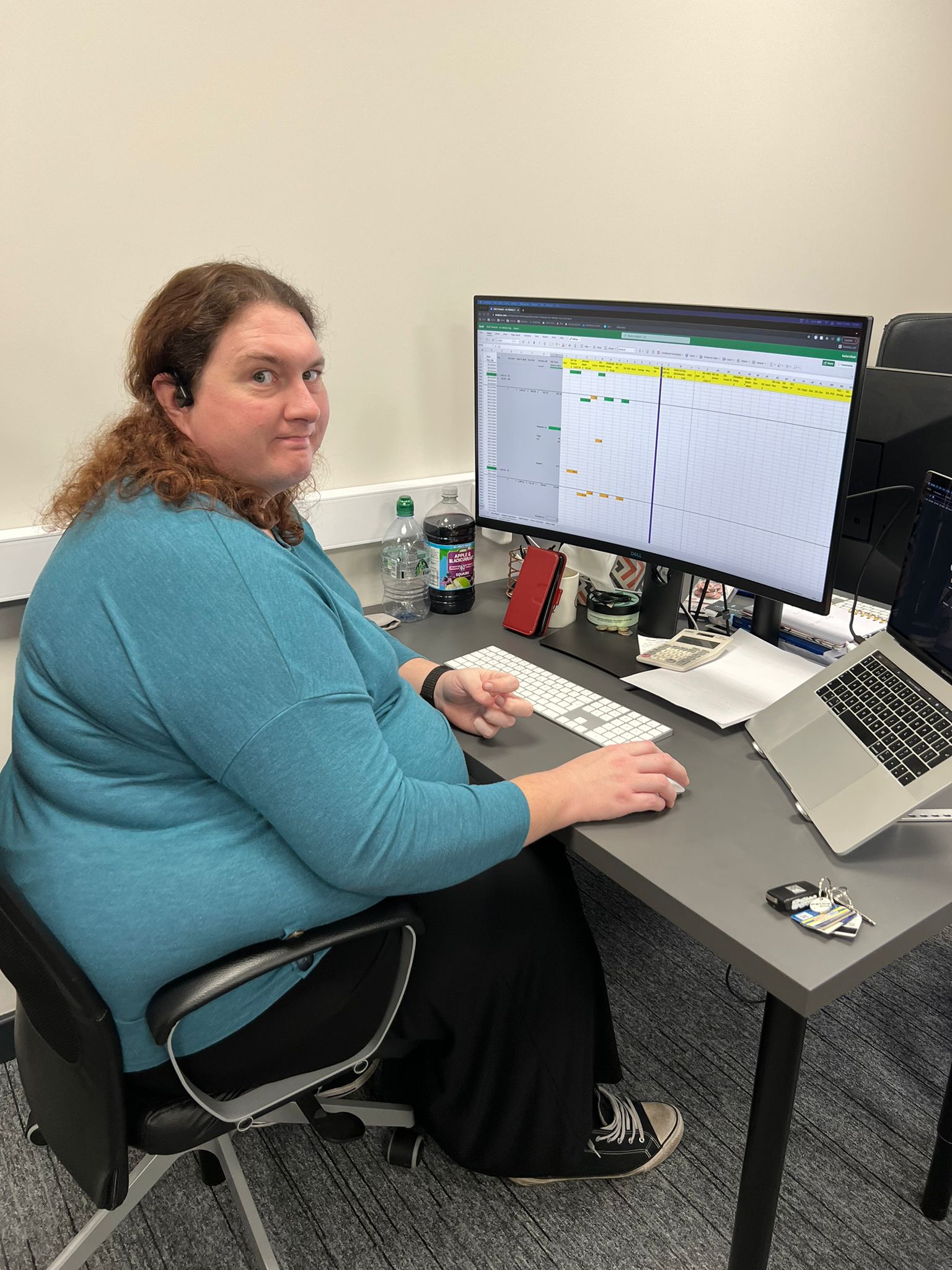 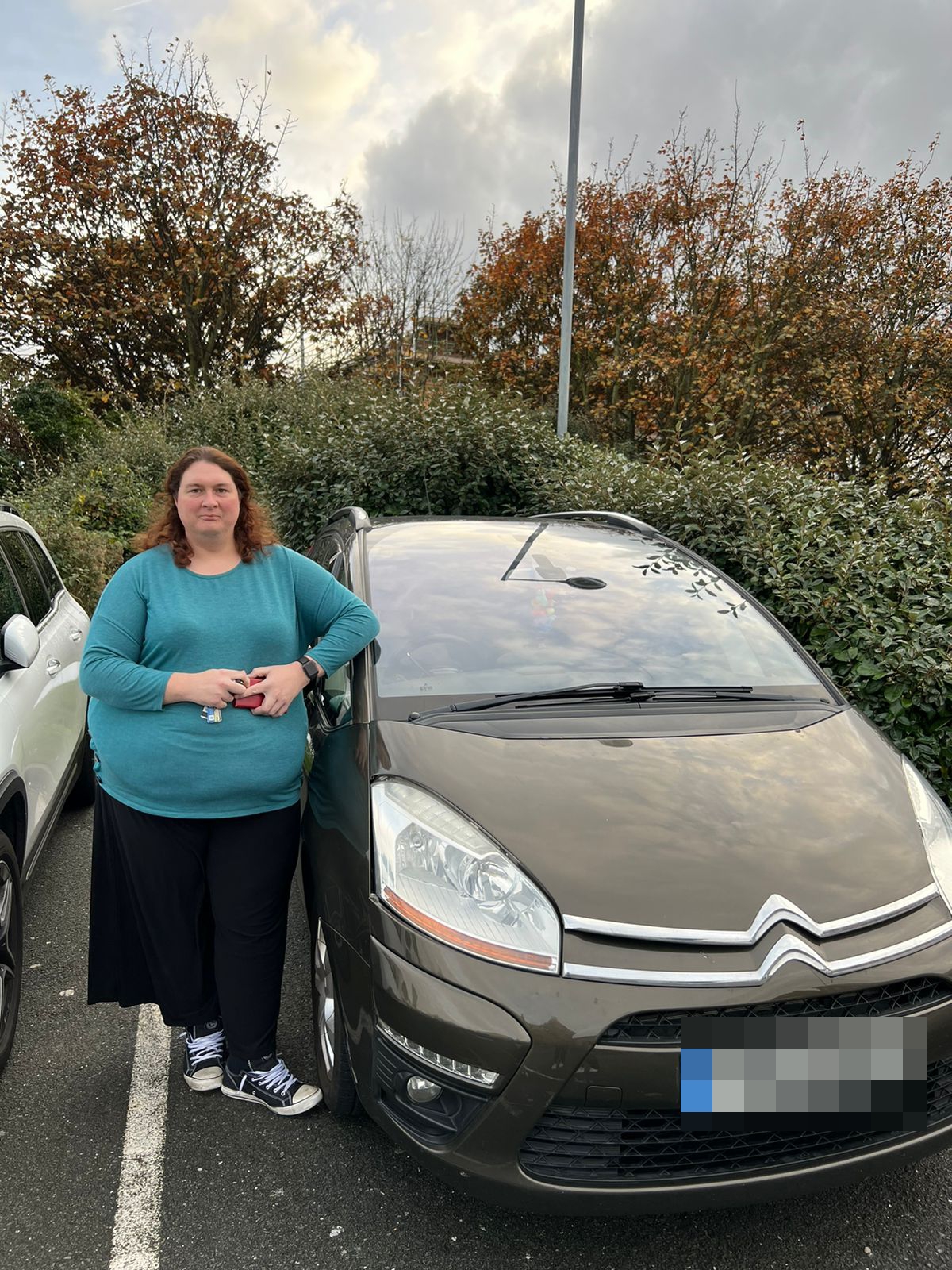