US election 2020: How many extra votes did Biden win in Wisconsin?

A show unlike anything critics had seen before has been crowned best drama in the inaugural The Televisionaries Awards for 2020.

British writer and actor Michaela Coel's I May Destroy You took out top gong in the end-of-season episode of podcast The Televisionaries with critics Michael Idato, Debi Enker, Kylie Northover and host Louise Rugendyke praising the show for its compelling exploration of sexual assault and issues surrounding consent. 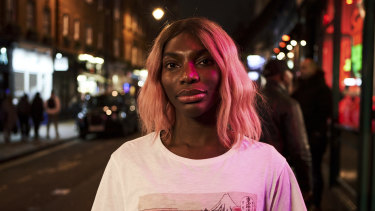 Writer and actor Michaela Cole is astonishing in I May Destroy You.

"Michaela Coel plays this character who you have to feel for, but she also just makes some stupid decisions, which is the whole point," says Northover of the series which is about the sexual assault of lead character Arabella, played by Coel. "She's not some completely innocent victim. It had a lot of light and shade and the ending was incredible in the way it played with different narratives. It was pretty experimental."

Enker describes the performance as "striking" and Coel as "really charismatic", while Idato says the show reminded him of the first time he watched the classic Australian drama Love My Way. "I felt like I was watching something that was so astonishingly authentic, that it almost wasn't television," he says.

"It made me laugh so much that I thought it was an ingenious way to handle the restrictions of lockdown," Enker says. "It showed that you could do something that was fast, funny and topical and make it work."

Other awards include best Australian show, reboot, binge, non-fiction, drama, co-viewing, under the radar and … best comedy set in a dojo (spoiler alert: it's Cobra Kai).

The critics also reveal what television they are looking forward to watching during the next couple of months, with season four of The Crown, which introduces a young Lady Diana Spencer and starts on Netflix on November 15, being the top pick.

"What's amazing about The Crown is that it constantly reminds you that it is not a soap opera, that it's actually a political drama," Idato says. "And a huge part of this season, as has been seen in the trailer, is the arrival of Gillian Anderson as Margaret Thatcher."

Listen to the latest episode now and subscribe wherever you get your favourite podcasts. If you would like to catch up on previous episodes of The Televisionaries, you can find all 34 epsiodes here.

Celebrities
Mariska Hargitay isn’t just a successful actor. she’s also a proud parent to three children – August, Amaya, and Andrew....
Lifestyle
Tinder? No, romance will have to wait: She’s a single mother who juggles four kids with a stellar broadcasting career....
TV & Movies
EXCLUSIVE: A team member working on the CW series The Flash in Vancouver has tested positive for Covid-19, Deadline has...
World News
We will use your email address only for sending you newsletters. Please see our Privacy Notice for details of your...
Beauty
The Coach Cyber Weekend sale is a shopping event you don't want to miss. The brand is offering 50% off...
Fashion
Us Weekly has affiliate partnerships so we may receive compensation for some links to products and services. Please note, deals...
Recent Posts
We and our partners use cookies on this site to improve our service, perform analytics, personalize advertising, measure advertising performance, and remember website preferences.Ok