When Patrick McCaughey, former director of NGV, was told of plans to build a museum in Bulleen “way out there with no public transport to it”, he thought it was going to be “a complete white elephant”. 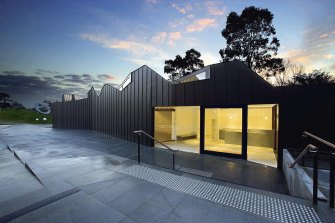 The Heide Museum of Modern Art in Bulleen celebrates its 40th anniversary this week.

He credits Heide’s founding director Maudie Palmer with proving him – and everyone else – wrong. “She should be given enormous credit for that,” he says. 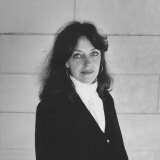 This week marks the 40th anniversary of Heide Museum of Modern Art. As the home of John and Sunday Reed from 1936 onward, it attracted a rollcall of artists that reads like a who’s who of the era: in the 1940s, Sidney Nolan, Albert Tucker, Joy Hester, John Perceval and Danila Vassilieff; and in the 1950s, Charles Blackman and Mirka Mora.

The Reeds amassed an extraordinary art collection during their lives and outgrew their original farmhouse (now Heide I). In 1963, they commissioned the construction of a “gallery to be lived in” from David McGlashan, which was their home until 1980. This was bought by the State Government and opened as a public art museum in November 1981; the Reeds died, 10 days apart, the following month. 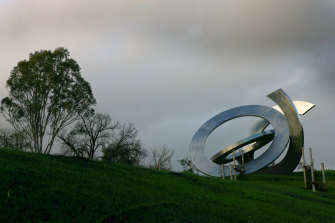 The Rings of Saturn by Inge King in the grounds at Heide. Credit:Penny Stephens

McCaughey says one of the things that makes Heide such a remarkable place is the fact their exhibition spaces are a little constrained. “They are ample, but it means they have to focus. One remembers exhibitions at Heide more vividly than one remembers art in other places,” he says.

This has been particularly apparent under current artistic director Lesley Harding and head curator Kendrah Morgan, he argues. The 2009 exhibition on Cubism in Australia was a revelation, as was the Constructivism show in 2017. These big survey shows were cited as highlights by several interviewees for this piece. Another was the reconstruction of Sidney Nolan and Albert Tucker’s exhibition in Rome, the only time they showed together.

McCaughey was impressed with the 2016 show bringing together Georgia O’Keeffe, Grace Cossington Smith and Margaret Preston, which reflects something of the institution’s ethos. “They wanted to make the narrative of Australian art not just an insular one, but one that linked itself to the wider movement of Modernism in America and Europe and beyond.”

He also credits them with spearheading the mid-career retrospective exhibition. “You used to wait until the poor old artist had one foot in the grave – or both feet in the grave – before they got one.” 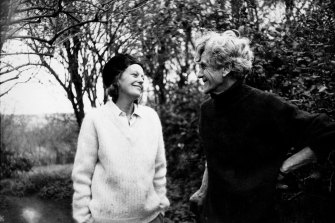 According to Kerry Gardner, chair of the Venice Biennale Council and former board member, Heide gets in your blood. She was closely involved with the building of what are now the main galleries, as well as the Sidney Myer Education Centre.

“It is a unique proposition: the vision of one couple who had deeply personal relationships with the artists because they lived there and they fed them and worked the land with them, tamed the bush with them and ate with them. They were very much contemporaries and friends and they were part of a political avant garde that I still think has a great appeal to people today. When you wander around the gardens at Heide you see a lot of young people,” Gardner says. “It’s a place that attracts young people and families but it also has a very serious curatorial collection and history.”

She believes Harding and Morgan are two of the best curators in this country, with a very female approach to art history. “They are scholarly but make art history really sexy and really accessible … their peers respect them enormously. The number of books they’ve written … they really uncover, from first principles, highly regarded art history. They always go deeper.”

There’s an accessibility about Heide that people really love, she says, citing the current show of Margel Hinder’s sculpture, Modern In Motion. “Heide does play this important role in looking deeply at Australian art history and really finding those stars and drilling down in a deep and rich way.” 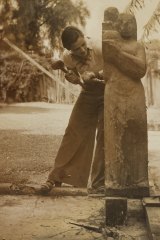 Margel Hinder working on Mother and Child in 1939. Her work is on show currently at Heide in Modern in MotionCredit:Photographer unknown

Nurturing emerging artists is also part of the museum’s remit, which Gardner says it does very well. “Supporting emerging talent was what the Reeds did and that’s what Heide is still doing, while we’ve got survey shows of Robert Owen and we look back at Nolan. I’m looking forward to what’s next.”

Kathy Temin, artist and professor of fine art at Monash University, says Heide has been significant for her and her peers, both for its incredible contemporary art exhibitions and for its history as a community that generated so many artists’ careers, including Joy Hester.

The Ballad of Sexual Dependency, 1981-1996 by Nan Goldin, shown as part of Up Close, the Carroll Jerrems exhibition curated by Natalie King, is one of Temin’s highlights. As well as significant shows, there were life-changing moments. Her last conversation with Howard Arkley took place there, at the Clemenger Contemporary Art Awards in 1999.

Setting up her show My Monument: White Forest in 2008, curated by then director Jason Smith and Sue Cramer, Temin was impressed by Smith’s hands-on approach. “Despite having installers on hand to set up the show, he carried the trees into place while walking around covered in white synthetic fur.” 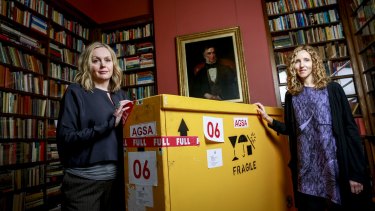 Lesley Harding (left) and Kendrah Morgan in 2015, when they wrote Modern Love about John and Sunday Reed.Credit:Eddie Jim

Smith remembers that night fondly, especially the fur. Now heading Geelong Gallery, he was director and CEO of Heide from 2008 to 2014. While a career highlight, Smith is frank about the reality of running it. Apart from the curatorial challenges, there are the physical: three buildings and 15-odd acres of gardens to maintain, all with heritage overlays. 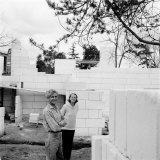 John and Sunday Reed at Heide II in 1964Credit:Nigel Buuest

“The gnawing anxiety of ensuring there was enough money to pay the bills each month was profoundly oppressive and wearing. It was always worth it because of the extraordinary and consistent world-class quality of our exhibitions, but trying to run a cultural icon on the bare minimum in a highly competitive market asks an enormous amount of everybody.”

Even so, he says, it’s a place that gets under your skin in uplifting and inspiring ways. “I think all of us who have worked there leave something of our heart there.”

He says Heide is utterly relevant to contemporary artists.

Victoria Lynn, director of TarraWarra Museum of Art, says along with the Beyeler Museum in Basel, Switzerland, Heide provided inspiration for TarraWarra. For her, the museum’s origins, beginning with the love of art and artists by John and Sunday Reed, underpin its current philosophy. “That sense of passion for art, embrace of cutting-edge architecture and connection with plants through Sunday’s garden continues until today.” 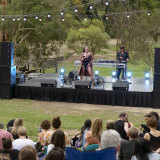 NGV director Tony Ellwood first visited Heide as part of his post-graduate studies. “We were referencing it as an exemplar of best practice because it was recognised in the sector as being so beautifully run. As a country kid coming into the city, it had a real resonance for me; it embodied the best of city life and rural life and the personal narrative that came with that, the [Reeds’] vision projecting a contemporary future. I just found it all intoxicating as a young adult.”

That interest and respect has been sustained ever since, thanks to the quality of its programming. He describes it as “one of Australia’s great cultural resources and great cultural hubs”. “It’s a joy to have a sophisticated cultural offer and then go and visit the vegie garden and stroll through the sculpture. It’s a beautiful story about an evolution of a singular vision.”