We’re used to seeing Ivanka Trump on hand at presidential events with her dad, Donald Trump. As an advisor to the president, her role focuses mainly on women and families with her offical bio on the White House website revealing: “She focuses on the education and economic empowerment of women and their families as well as job creation and economic growth through workforce development, skills training and entrepreneurship.” However, the so-called First Daughter took some time out recently to enjoy some quality time with her children – Arabella, eight, Joseph, five, and three-year-old Theodore.

The 37-year-old treated fans to an adorable image of Joseph and Theodore dressed down for the warm summers day in shorts, t-shirts, and caps to shade the sun from their eyes.

Joseph could be sen pulling his younger brother, who sat on a cart with what looked to be a box of strawberries behind him.

Ivanka captioned the image, which she shared to her five million followers: “Cruising into the weekend like…”

Fans quickly rushed to comment on the adorable photo, with one writing: “Family time! Have fun making memories.” 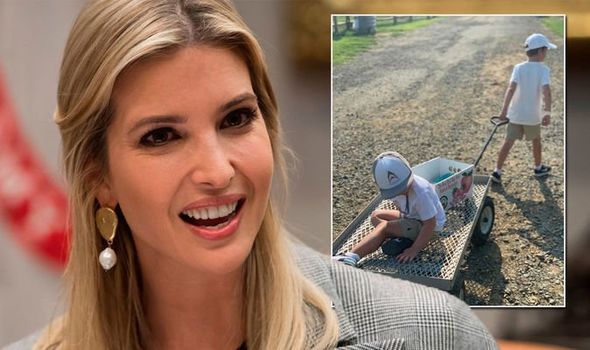 “You are a good mum. Don’t let haters get to you,” a third said.

Where are the Trumps spending summer break?

It’s unclear whether Ivanka will be jetting off with her brood, whom she shares with husband Jared Kushner, but judging by the image it looks like the family were enjoying a nice day fruit picking.

Last August, Ivanka and Jared, 38, jetted off to a luxury resort in the Dominican Republic, so it’s likely the family could be flying out soon.

Ivanka’s daughter Arabella was noticeably absent from the photo, however. 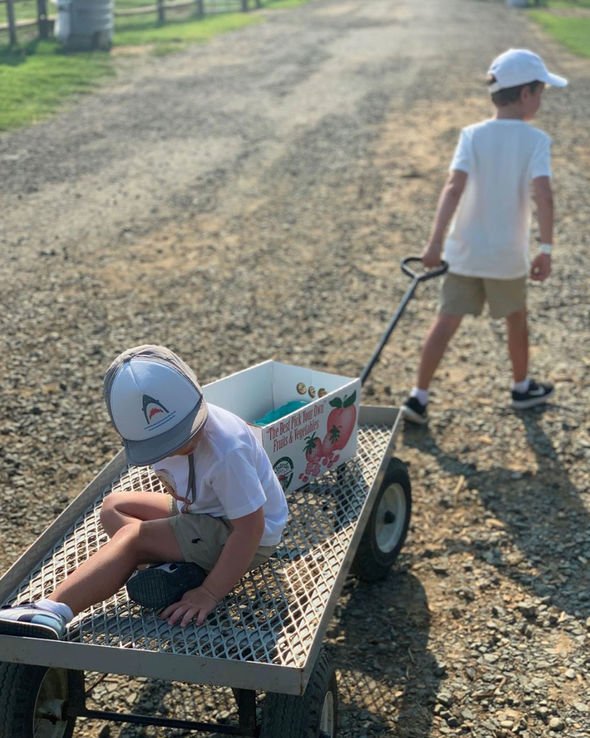 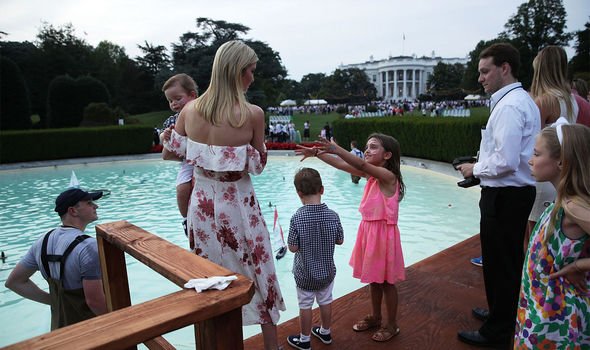 It was recently reported that the eight-year-old had enjoyed her first experience at a Jewish summer camp, which could explain her absence.

According to Jewish news website Matzav, the oldest child of Jared and Ivanka was dropped off by her mother to attend a three-day session at Camp Morasha, an Orthodox Jewish sleepaway camp in Pennsylvania.

On the website, the camp is said to: “Inspire and develop the minds, bodies, hearts, and souls of its campers, nurturing their commitment to Torah, Modern Orthodoxy, and Zionism; developing their proficiency in sports, swimming and the arts; and nurturing a community defined by kindness, sportsmanship, personal responsibility, good citizenship, and mutual respect.”

In recent years, she’s worked for her father, but before that, Ivanka had a number of jobs during her career, which she’s managed to accumulate her wealth from

According to Celebrity Net Worth, the former model has a net worth of $300 million, or around £241 million.