Still working through the split. Jason Oppenheim and Chrishell Stause didn’t hold back about their decision to part ways during the Selling Sunset reunion — but there were more details that didn’t make it on screen.

According to an eyewitness, Oppenheim, 45, “got choked up” while discussing the reason for his breakup with Stause, 40, at the taping earlier this month. The former couple, who ended their relationship off screen during season 5, explained to host Tan France on the Friday, May 6, special that their views on children influenced the decision.

The insider also exclusively told Us Weekly that the broker avoided watching a never-before-seen clip between him and Mary Fitzgerald where they discussed Stause. “He couldn’t seem to bring himself to watch the scene back,” the source noted, adding that the former soap actress held Fitzgerald’s hand as her ex-boyfriend referred to her as “the love my life” on screen.

During the reunion, Oppenheim opened up about feeling as though he “f–ked it up” with the Days of Our Lives alum. “My love for Chrishell is as real as anything on this planet,” the business owner admitted to his coworkers.

Stause, for her part, didn’t seem thrilled to be reflecting back on the past romance. According to the insider, the reality star was “uncomfortable” when questions about her and Oppenheim came up.

By the end of the reunion, however, news broke Stause is dating nonbinary singer G Flip.

“I, you know, had this serious relationship [with Jason] and obviously, I am hoping to have a family but I’ve also taken some of the pressure off myself as far as what that looks like,” she said. “I don’t necessarily have to have the child myself — [I’m] open to adoption, things like that. And so I’m just kind of enjoying right now and having a lot of fun and dating.”

After fans originally met the duo during Selling Sunset‘s debut season in 2019, Stause and Oppenheim took their relationship to the next level two years later. In December 2021, Us confirmed that the real estate agents decided to go their separate ways.

‘Selling Sunset’ Cast: Who the Stars Have Dated Off Screen

At the time, the California native clarified that he had “different wants regarding a family” compared to his ex. “While Chrishell and I are no longer together, we remain best friends we will always love and support one another. She was the most amazing girlfriend I’ve ever had, and it was the happiest and most fulfilling relationship of my life,” he wrote via his Instagram Story in December 2021. “Chrishell is an exceptional human being and loving her and having her in my life is one of the best things that has ever happened to me.”

Ahead of season 5, Oppenheim admitted that he was still “raw” from the major life change. “I think that I made the right decision for myself, but also I think it’s just extremely difficult,” he told Us late last month. “I love her still. I always will. She’s a great woman so there’s just a lot of loss there.” 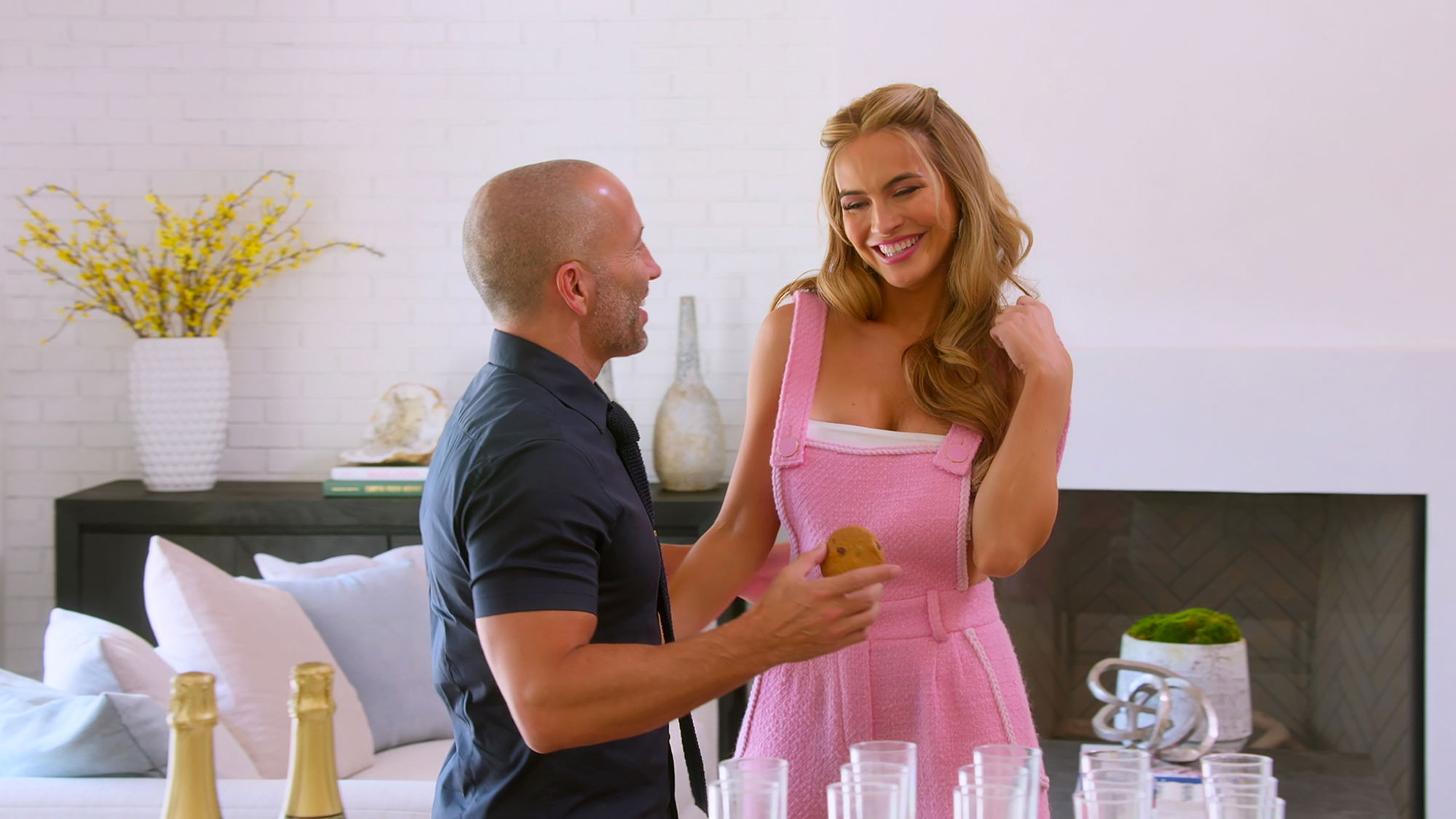 For Oppenheim, his time with Stause shaped his future and view on dating. “Chriselle has influenced me, shown me happiness, love and what it’s like to be with someone that you have so much respect for. If there was really anything that was truly exceptional about our relationship, it was the calm, the communication and just the ease,” he added at the time. “Chrishell, I think it’s fair to say is a game changer and an eye-opener. She definitely showed me a lot of things about how a relationship should be.”

Everything to Know So Far About ‘Selling Sunset’ Season 6

Stause also got candid about pulling the plug on the romance in the Netflix series. “He just told me that he doesn’t want to have kids, so as much as this hurts me to say, I’ve been clear with him what that would mean, so we are done. We broke up,” she revealed to costar Emma Hernan. “I’m just disappointed. I just feel like you never have it figured out and I guess that’s the life lesson. And I should know better at this point, but I thought this was it.”

The Kentucky native noted that she wasn’t sure how the duo would transition back to being strictly colleagues. “I do not want to cry about a man,” she said in the finale. “We entered into this with, like, knowing that this was the case, I knew this going into it. But it’s one of those things where I do need space to help myself detach. This sucks. I don’t know if we can keep working together.”

Season 5 of Selling Sunset is available to stream on Netflix.

With reporting by Hannah Kahn