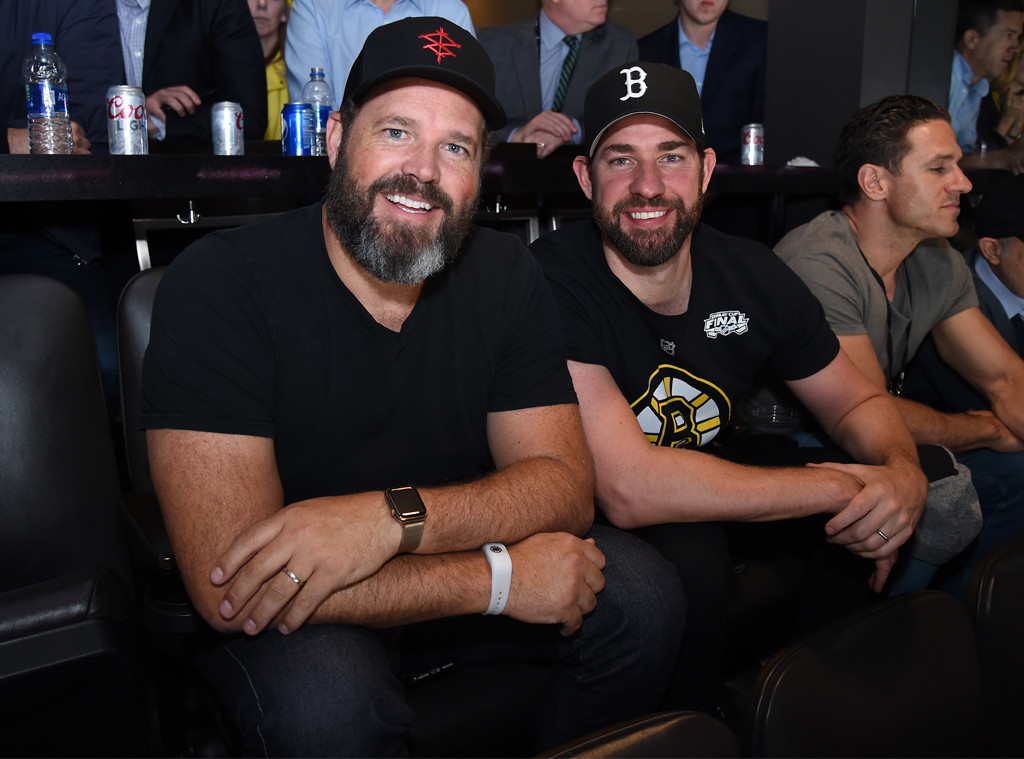 The 39-year-old actor cheered on the Boston Bruins during game seven of the Stanley Cup Final. However, his former castmate from The Office, Jenna Fischer, was rooting for the St. Louis Blues.

While the Jim and Pam co-stars have been bantering back and forth on Twitter throughout the tournament, Krasinski took this friendly feud to a whole new level on Wednesday by tweeting a video with David Denman. As fans will recall, Denman played Roy, who Pam almost married before tying the knot with Jim.

“Jenna Fischer, I know we’ve been having our ups and downs recently. I just wanted to say, I’m really sorry you’re not here. This is your seat right here, and I was really bummed that you couldn’t make it,” Krasinski said from the TD Garden in Boston before having Denman sit down next to him. “But listen: Honestly, let’s just have the best team win….Both teams have been playing incredibly well, and I think it’s just an exciting series for hockey…And I just think, at the end of the day, it’s about hockey [and] it’s about hockey fans.”

After Denman said a quick hello, Krasinski gave a smug smile to the camera.

The little jab has a deep connection to The Office‘s storyline. In one episode, Pam described her worst first date and recalled how Roy abandoned her at a hockey game.

Of course, Fischer picked up on the joke and left a playful reply.

“Ha. Ha. Ha. Well played. Just be careful he doesn’t leave you at the game,” she responded. “#GoBlues @NHL @David_Denman.”

Denman wasn’t the only former cast member to weigh in on the rivalry. Steve Carell, who played their boss Michael, also let his allegiance be known by sharing a picture of himself wearing a Bruins cap.

“Steve!!! Not you too!!” Fischer wrote after retweeting the pic.

In the end, it was Fischer who got the last laugh. The Blues beat the Bruins four to one.

The actress celebrated the victory by posting a picture of herself decorating a cake with the name of the team’s song, “Gloria,” on the top.

While Krasinski congratulated her team on the win, he gave her a warning: “Next time Fischer… next time.”