Kendall Jenner’s butt cheeks stole the show while she was on vacation with boyfriend Devin Booker.

The supermodel shared a photo on her Instagram Story snapped from behind—showing off her teeny thong bikini and her derriere. Jenner has been relaxing with Booker in Ocho Rios, Jamaica, after stunning the crowd at the 2021 Met Gala.

Jenner also shared a photo of the Phoenix Suns star player floating in the water while holding onto a Red Stripe beer.

It also appears that the couple are joined by Justine Skye, Justin Bieber and his wife, Hailey Baldwin, who also have been sharing photos from the tropical island.

Baldwin shared several photos from the getaway that showed her paddle boarding and cozying up to her “Lonely”-crooning husband. She only used the twinkle emoji in the caption.

Skye also shared snaps from the luxe group vacation and wrote, “Teleported to the motherland for a quick second. I love having super powers, what’s yours? :).”

The former “Keeping Up With the Kardashians” star appears to be getting more comfortable sharing some insight into her relationship with Booker, 24, as she’s been posting more frequently about him. 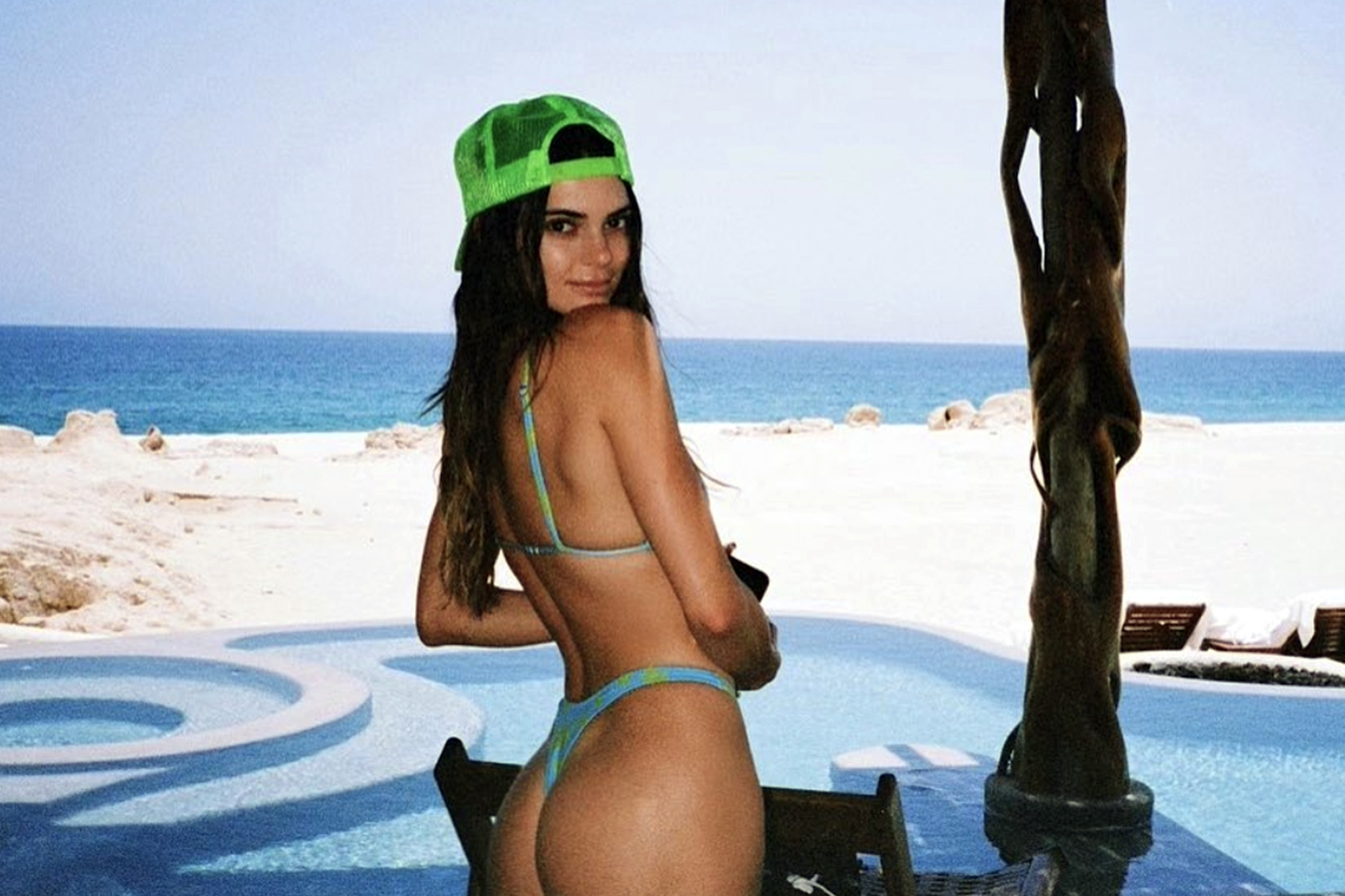 Earlier this month, Jenner shared rare photos of her cozying up to Booker while they were on vacation in Italy. In August, the 818 Tequila founder shared a photo of herself wearing Booker’s Olympic medal from the Tokyo games.

After denying rumors for months, the couple finally went Instagram-official on Valentine’s Day 2021.