Back in February, soon after the election of Joe Biden, Scott Morrison read the tea leaves and declared he’d like Australia to reach net zero, preferably by 2050.

Since then, he’s been walking a tight rope that involved placating the Nationals on the one hand and trying to land a suite of policies that will get Australia to that target (or 85 per cent of it). 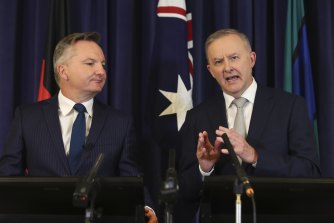 In the last month, he landed the announcement – if not the exact means of actually implementing it – in part by expanding or enhancing policies that contradict what the Coalition has done since September 2013.

After attempting to axe the Clean Energy Finance Corporation and the Australian Renewable Energy Agency in the early years of the Abbott government, and in 2019 warning electric cars will end the weekend, the Coalition has now cautiously embraced some aspects of these institutions and innovations.

It’s been a politically expedient shift and one not helped by flimsy net zero modelling, released in ‘take out the trash’ time late on Friday, that raised further questions about how the government will realise the target – especially given it relies, in part, on stuff that hasn’t yet been invented but probably will be.

Morrison has a Pinocchio problem that keeps growing and growing, egged on by Emmanuel Macron and Malcolm Turnbull, and Labor is trying to capitalise on it.

This problem was again in evidence this week as the Prime Minister made the questionable claim that Labor’s 2019 plan to improve fuel standards would have effectively mandated the purchase of electric vehicles. Not so.

But in making the claim the Prime Minister was signalling the gloves are off and that he will seek to weaponise the slightest scintilla of difference between the parties on climate to run a scare campaign at the election, which will likely be held between March and May next year.

In the next couple of weeks, the ALP will release new details of its climate policies. The release of the government’s modelling on Friday removes the final hurdle.

ABC Melbourne breakfast host Virginia Trioli went 12 rounds with Labor leader Anthony Albanese on Friday, describing Morrison’s climate conversion as “such a breathtaking pivot that if you’re not out ahead of that, and in advance of it, then you are left in its wake”.

Albanese shot back, “We have been ahead of it, Virginia” and listed Labor’s already-announced plans for net zero by 2050, $20 billion to fix the electricity grid and reduce emissions, community solar batteries and a $15 billion National Reconstruction Fund to enable new industries and jobs.

“But we have short memories as voters … as the months [wear on] … maybe it won’t matter what he said all those months and years ago?” Trioli said. 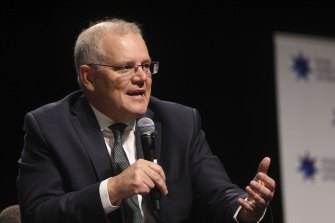 Though the exchange shed little light on what Labor will announce, the discussion neatly revealed Labor’s strategy – which really isn’t that different to Morrison.

‘Who do you trust?’, to borrow the line from John Howard, will be a central theme of both party’s campaigns.

The debate in Labor, as the finishing touches are put on its climate policies, has been described like this: does the party bank the win of Morrison’s climate conversion and move on (thus denying the PM a scare campaign) or should it be more ambitious? Does it appeal to the political centre or to the Left?

What will Labor do on climate, and how does it avoid falling into the scare campaign trap?

The party’s climate policies were pencilled in for a January unveiling, but it’s now expected the policy will be released after parliament rises in early December.

It has not yet been to shadow cabinet or discussed in the caucus.

Broadly speaking, the party has three options on setting a more ambitious 2030 target than the government refused to raise beyond 26-28 per cent at Glasgow.

Lock in the 35 per cent target, which is higher than the Coalition, that state government climate programs will see Australia likely reach by 2030; go for 35 but add a few more per cent that grid upgrades will deliver; or go hairy-chested and aim for 40 per cent plus, using the Business Council of Australia’s call for 50 per cent (following their own recent climate conversion) as political cover.

Crucially, as one insider puts it, the policies will dictate the party’s target this time, rather than it setting a target and then trying to work out what policies are needed to get there

Raising vehicle or fuel emissions standards is being looked at, as is broadening out the government’s own “safeguards mechanism” to require large emitters have to reduce their carbon pollution.

Chris Bowen, the shadow minister, has been brought in to manage the inherent risks of the portfolio rather than set out an ambitious policy agenda, an acknowledgment the world has changed since the 2007 climate election.

Though the details haven’t been settled, one thing is clear: under Albanese Labor has been risk averse. It’s a good bet that won’t change.

A guide to the environment, what’s happening to it, what’s being done about it and what it means for the future. Sign up to our fortnightly Clear Air newsletter here.