When news leaked last year that Lashana Lynch would make history by becoming the first female and the first Black 007, not everyone took the news well. Find out what she said about the backlash. 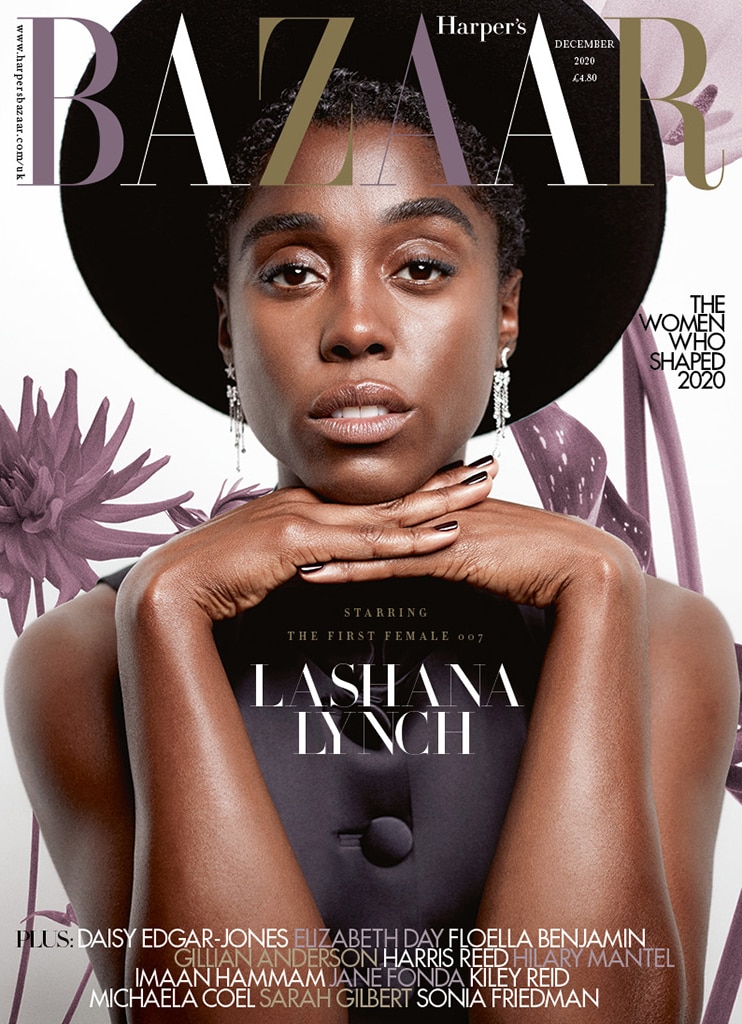 When news leaked last year that Lashana Lynch would make history by becoming the first female and the first Black 007, not everyone took the news well.

In a cover interview with Harper's Bazaar UK, the 32-year-old British actress recalled the public backlash over her casting in the upcoming James Bond film. After being the target of aggressive comments, she deleted her social media apps, meditated and saw no one but family. However, she found comfort in knowing that the criticism was nothing personal.

"I am one Black woman—if it were another Black woman cast in the role, it would have been the same conversation, she would have got the same attacks, the same abuse," she told the outlet. "I just have to remind myself that the conversation is happening and that I'm a part of something that will be very, very revolutionary."

In the upcoming 25th James Bond film, No Time to Die, the actress plays an agent named Nomi. In 2019, The Mail on Sunday reported that her character is given the British spy's famous code number 007 in a "pivotal" scene, in which she is told to find Daniel Craig's Bond and convince him to emerge from retirement.

Lynch admitted she sees her role in No Time to Die as a step in the right direction to help confront stereotypes around race and gender.

"I feel very grateful that I get to challenge those narratives," she said. "We're moving away from toxic masculinity, and that's happening because women are being open, demanding and vocal, and calling out misbehavior as soon as we see it."

In fact, she made sure the character would make a lasting—and relatable—impression on viewers. "I didn't want to waste an opportunity when it came to what Nomi might represent," she revealed. "I searched for at least one moment in the script where Black audience members would nod their heads, tutting at the reality but glad to see their real life represented. In every project I am part of, no matter the budget or genre, the Black experience that I'm presenting needs to be 100 per cent authentic."

This is not the first time Lynch has spoken out about her casting backlash. "It doesn't dishearten me," Lynch told The Hollywood Reporter in November 2019. "It makes me feel quite sad for some people because their opinions, they're not even from a mean place—they're actually from a sad place. It's not about me. People are reacting to an idea, which has nothing to do with my life."

She even admitted to messaging back her haters, oftentimes with a surprisingly nice reply. "They've been like, 'Oh my gosh, thank you so much!'" she said. "But it's an interesting test because it reminds them that they definitely wouldn't say that to someone's face."