While the federal election will take place sometime this year, we can all agree that the most important votes of 2022 have already been cast.

Triple J’s Hottest 100 countdown kicks off at 12pm (AEDT) on Saturday, with more than 2.5 million people voting for their top 10 tracks from the past 12 months. 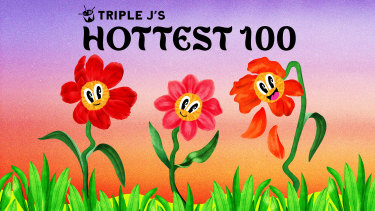 First held way back in 1993 (when only 50,000 votes were submitted, all by mail), the Hottest 100 countdown has become a permanent fixture in the January calendar, a cultural signpost that the year may begin in earnest. So, what can we expect from Saturday’s countdown, and could a surprise track sneak into the top spot?

OK, who will win?

We’ll give you a clue: they all wear skivvies and get around in a Big Red Car. In further proof that The Wiggles are our greatest ever supergroup, the children’s band is the favourite to take out the number one slot in the Hottest 100 with their cover of Tame Impala’s 2012 track, Elephant.

Should they toot-toot-chugga-chugga their way to number one, their cover would be the first Like a Version entry to win.

The Wiggles recorded the Like a Version last March, with the YouTube clip currently sitting at more than three million views. While The Wiggles are the hot tip, it could be a three-horse race between them, The Kid Laroi for his Justin Bieber collaboration Stay, and Gang of Youths with The Angel of 8th Ave.

Should The Kid Laroi (real name Charlton Kenneth Jeffrey Howard) sneak into the top spot, it would mark the first time a First Nations musician has topped the Hottest 100.

How are you so sure?

Because this is 2022, everything can be worked out by an algorithm. Since 2016, the website 100 Warm Tunas has been getting fans to vote and then using the sample size to determine who will come out on top.

100 Warm Tunas correctly predicted last year’s winner would be Glass Animals’ Heat Wave, and so far, they’re backing in The Wiggles to be number one. However, most major betting agencies, including Sportsbet, Ladbrokes and TAB, have Stay by The Kid Laroi and Justin Bieber as the favourite, with The Wiggles in second.

What about potential curveballs?

While pop was once a dirty word in the hallowed hallways of Triple J, the national youth broadcaster has feverishly embraced the genre. Popstar Olivia Rodrigo could be a potential bolter (Warm Tuna has Rodrigo in the number four spot) for her song Good 4 U. Meanwhile, fellow pop queens Doja Cat and Billie Eilish are expected to make the top 10. 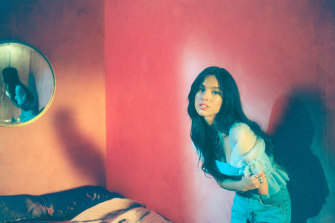 Olivia Rodrigo’s chart-topping new album Sour has been breaking records and could see her rocket into the top five of the Hottest 100.Credit:Universal Music

The Hottest 100 has a long and proud history of novelty songs creeping into high positions. Let’s not forget that comedian Denis O’Leary won the inaugural countdown with his parody song, Asshole.

This brings us to influencer and vaccine poster girl Abbie Chatfield. Chatfield’s tirade about people who refuse to get jabbed but will happily take recreational drugs has been turned into a viral track. I Know You Do Ketamine by Candy Moore and Chatfield could creep up the rankings, especially since Chatfield has been urging her 360,000 followers to get around the pop parody anthem.

Triple J loves to play favourites. Will we see any newbies?

What else have you got for me?

If you suspect that music in the Hottest 100 countdown might have slightly passed you by (what breed of feline is a Doja Cat, exactly?), then on Sunday, January 23, Double J will play the Hottest 100 from 2001. Turn the volume all the way to the middle and rock out!