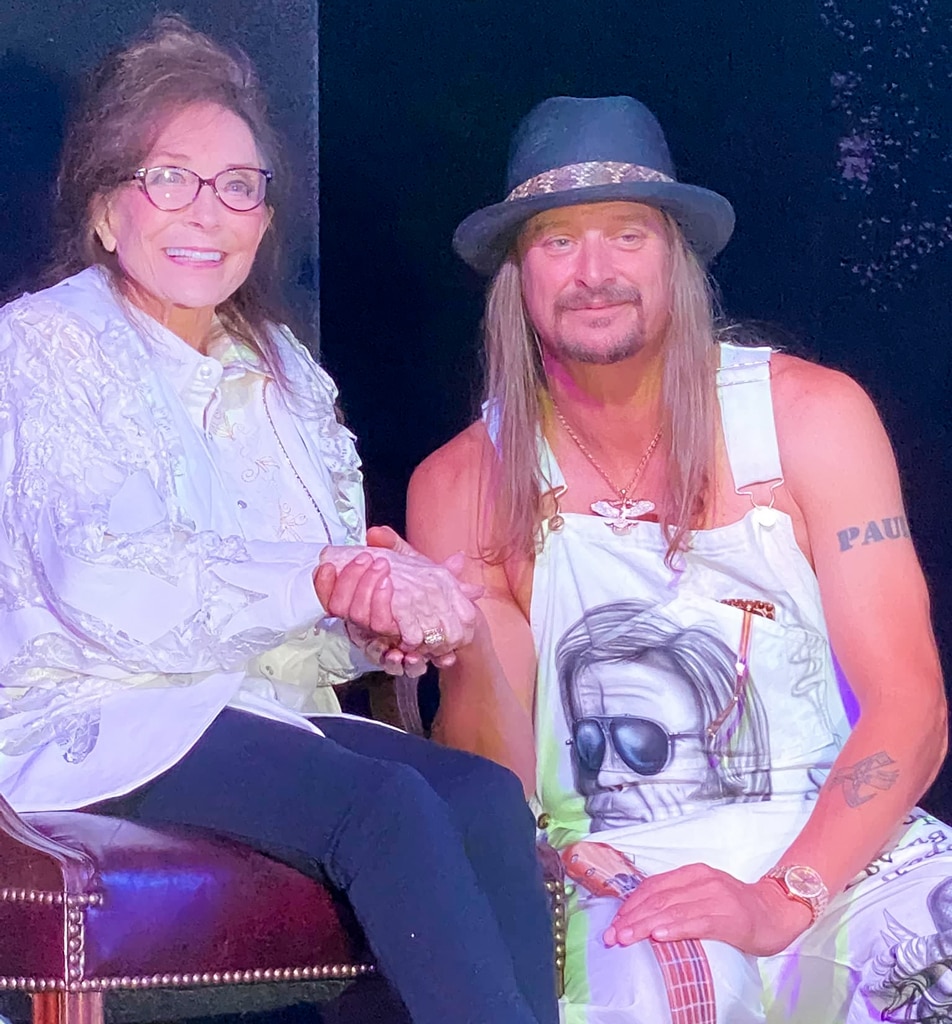 Over the weekend, Loretta Lynn had the Internet talking when she attended a vow renewal ceremony with fellow musician Kid Rock. But in between celebrating a special couple, the country music icon started a rumor that she herself got married to a familiar face.

"What a weekend! My Ernie & Crystal renewed their vows this weekend," Loretta shared on Facebook. "It was beautiful and everything it should be. Marriage isn't always easy—heck it's not even always pretty, but love holds you together and you push through the bad days to enjoy the good ones. I'm so proud of them and wish them years of happiness."

"Things got crazy then—my boy Kid Rock was there and we've always teased about getting ourselves married," she continued. "Well, the preacher was already there so we had some fun with it. Sorry girls, he's taken now! #gottahavesomefun #88andfeelinggreat #laugh #tabloidfodder #cougar."

Fans started congratulating the pair on their wedding ceremony. But before the rumors got out of control, a spokesperson for Loretta Lynn confirmed to E! News that they did not get married.

The "I Fall to Pieces" singer and author of Me & Patsy Kickin' Up Dust also set the record straight in a Facebook post on Aug. 31.

"Well, it didn't last long, y'all but it sure was fun!" she wrote. "I guess I better get on here and let y'all know that it was just a joke—Kid Rock and I didn't get married over the weekend, but we had a blast. #rockon #relaxoutthere #easymediafolks #calmdown #funtimes #whatwillshedonext."

And for those who aren't aware of this pair's friendship, a source told E! News that the twosome planned the post together.

"It's a joke! They always tease each other saying they should just get married!" a source shared. "Loretta is so witty and funny! She's gotten pretty savvy with social media. She loves hashtags. When they were planning this practical joke she insisted on using the hashtag cougar! If you're going to follow anyone in 2020 it should be Loretta."