It would have been perfect for any other summer.

Michele and Anisa Iuliano planned to open a combination pasta and beer garden on the rooftop of their Financial District restaurant, Gnoccheria, in April.

“That was my husband’s dream. And then COVID hit,” Anisa told The Post.

“We were frustrated, we were scared,” she said. The pandemic temporarily shut down their plans — and their seven restaurants in the city. “We were worried, how are we going to make the rooftop work?”

But this spring, while the couple was isolating in their New Jersey home, a targeted ad on social media became a sign: “There was a push ad that popped up for a greenhouse,” Anisa recalled. She realized they could use the $800 structures to safely distance customers.

Her husband wasn’t on board at first. After some quarreling, “He said, ‘You know what, I think that it will work.’ I said ‘Too late, I already ordered five,’” Anisa said.

In July, the pair finally opened up their rooftop, at 100 Broad St., and called it Ampia, meaning “large space” in Italian. Five greenhouses seat two people each, while a sixth can hold as many as eight guests. Tables are already booked up three weeks in advance. 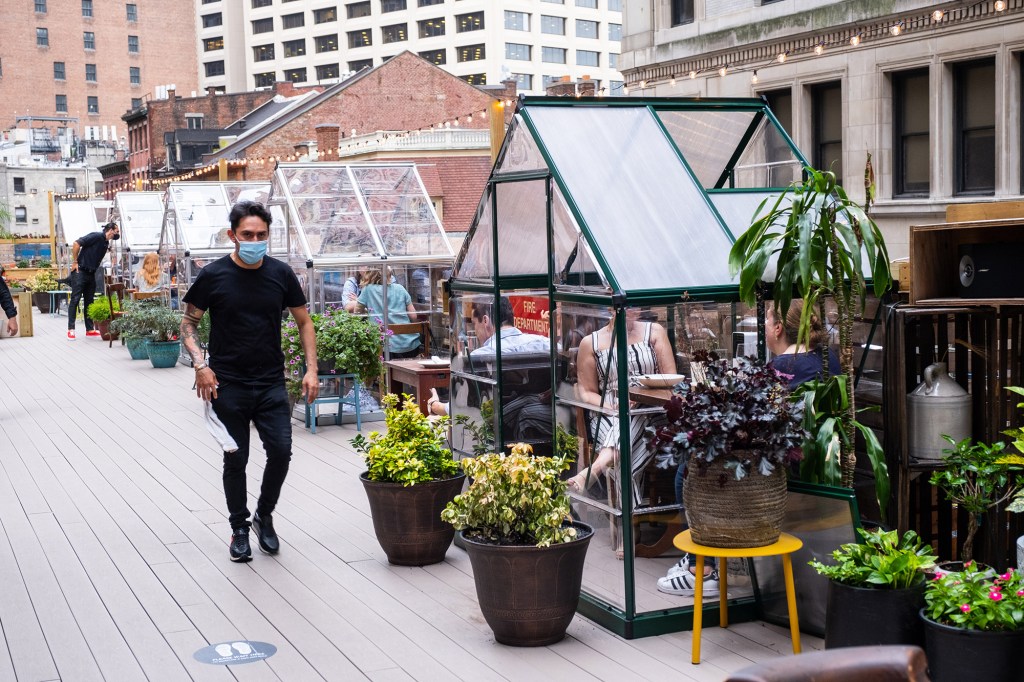 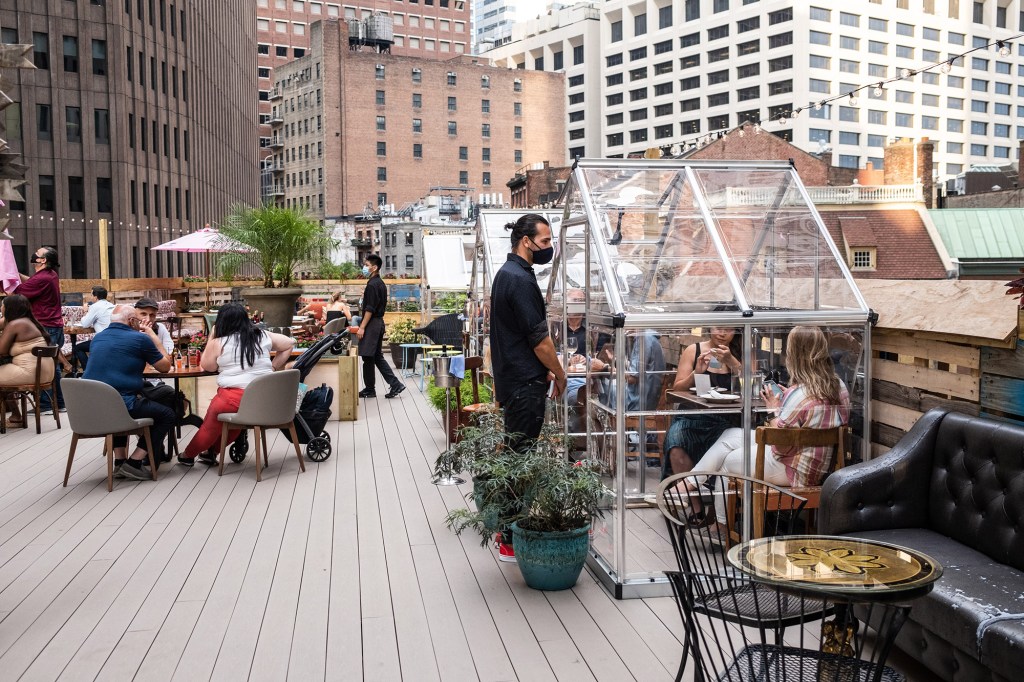 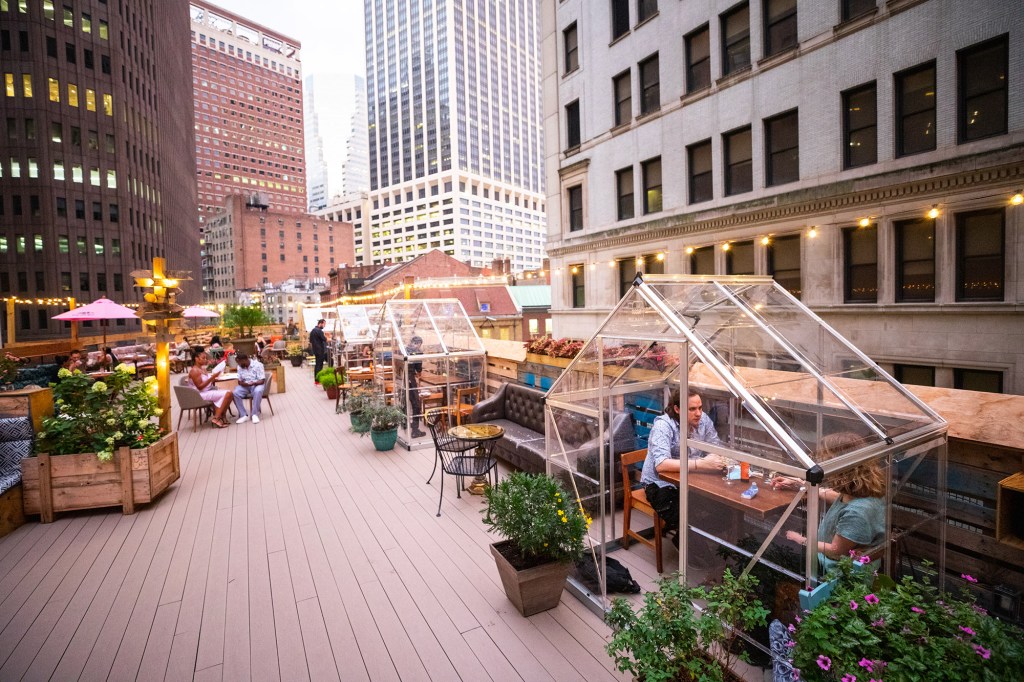 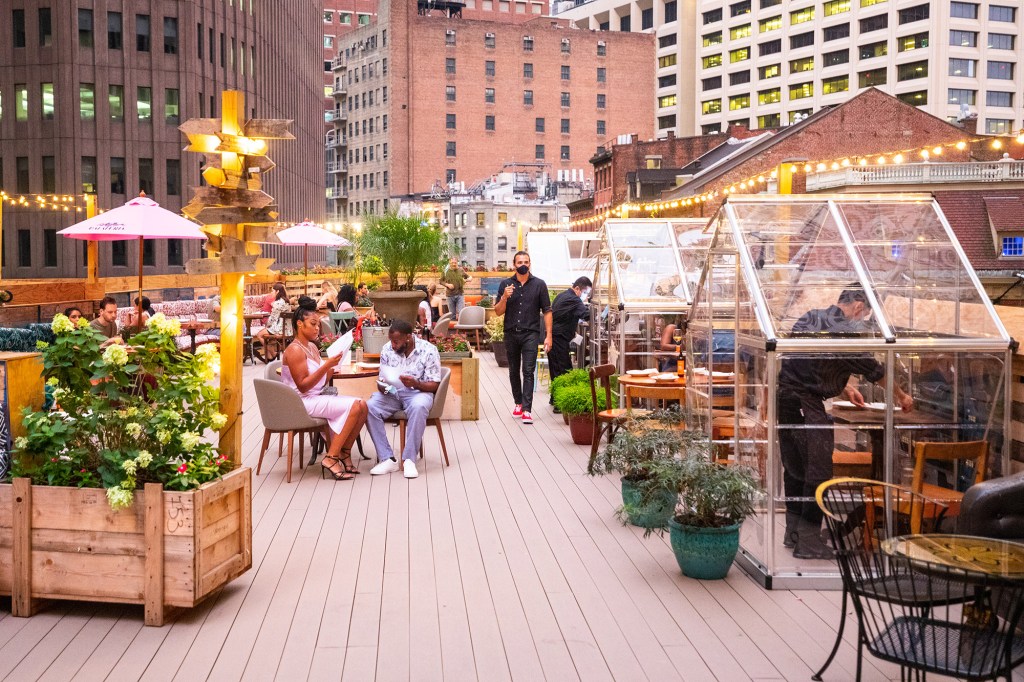 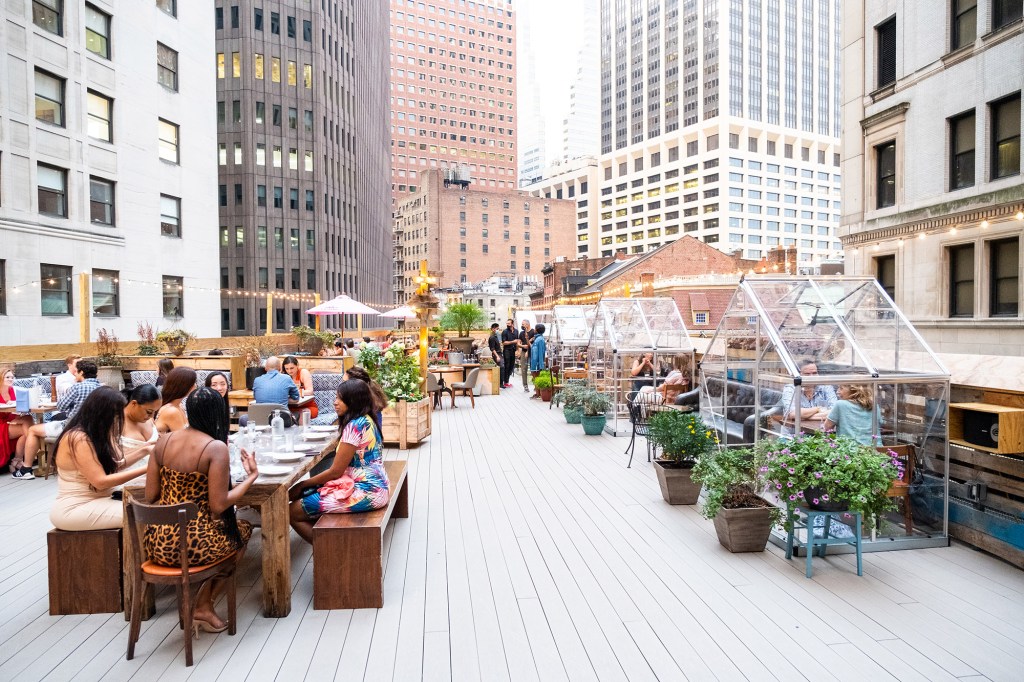