The ‘biggest truth bombs’ in ‘Marriage Boot Camp’ history are revealed in this EXCLUSIVE sneak peek of an all-new season of the series.

On Thursday, October 7 at 9pm on WE tv, four new hip hop couples will face the music and head to the Marriage Boot Camp for an all-new season of the show’s Hip Hop Edition. And today, HollywoodLife can EXCLUSIVELY reveal that the cast will include rap legend N.O.R.E. and Neri, two-time Grammy Award nominee Monie Love and Tuff, Producer Mally Mall and Treasure, and Love & Hip Hop Hollywood’s favorite on-again/off-again couple Siir Brock and Amber Laura. 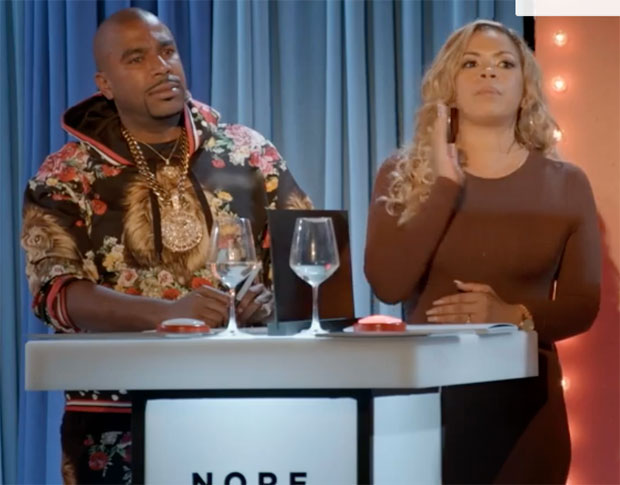 Resident counselor Dr. Ish Major, and Judge Lynn Toler will also be back. Their no nonsense, no BS tough love will be doled out to pull these celebrities out of the clouds and put them back into reality. Dr. Ish and Judge Toler force the couples to dig deep to confront lies, tears and denials. But when dark secrets are ultimately exposed, will the couples continue to make beautiful music together or decide it’s time to go solo?

Watch a sneak peek preview of the all-new season above! In it, you’ll see the cast deal with major “truth bombs”, pregnancy tests, and a whole lot of “deception”. Oh, and on top of that, they also had to deal with COVID while filming, so it may just be the most dramatic season of Marriage Boot Camp yet.