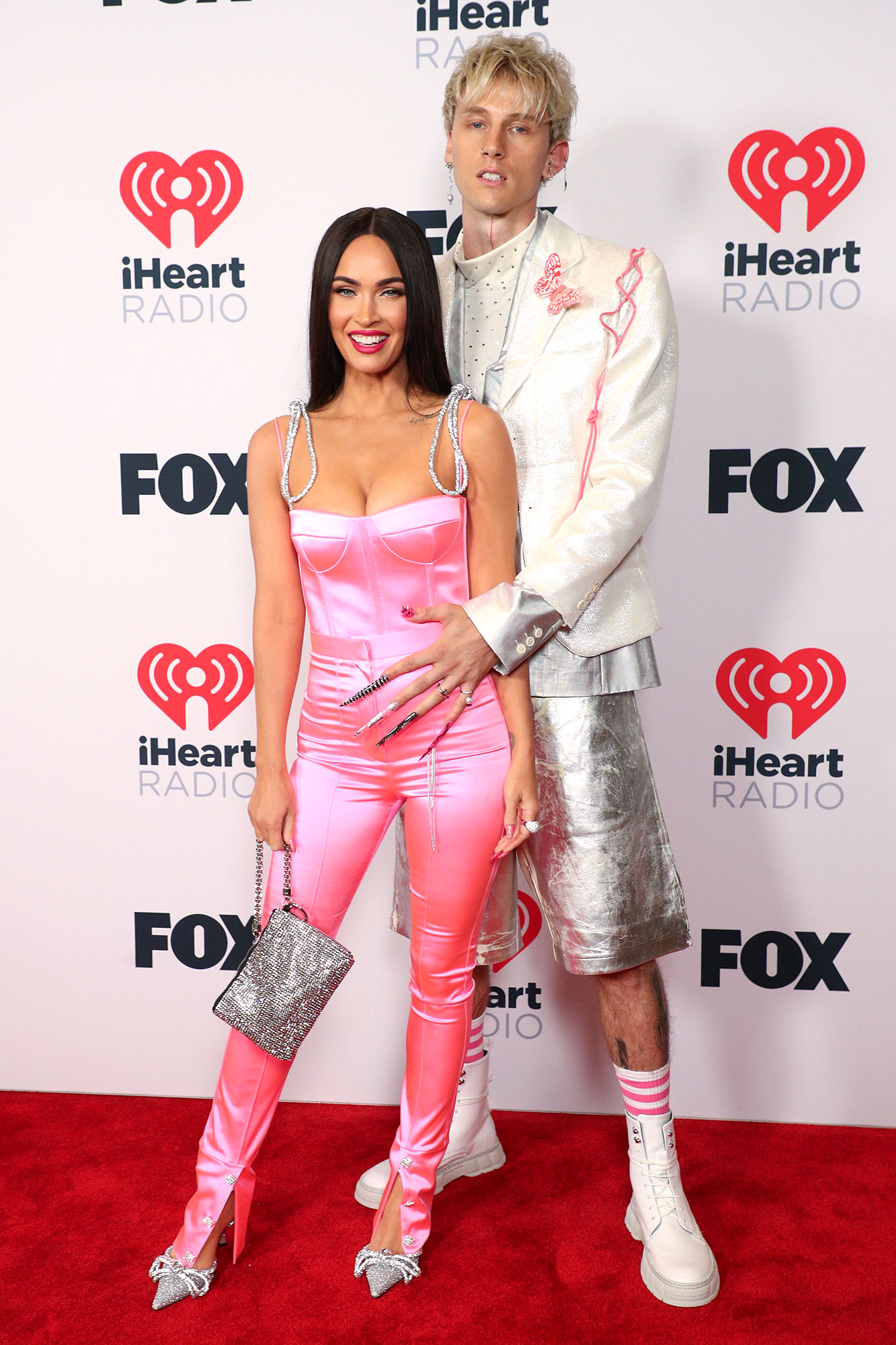 Be it red carpets or street style, Megan Fox and Machine Gun Kelly have made it pretty clear that they have perhaps the world’s most iconic, color-coordinated couple style.

And as luck would have it, it’s not all left to chance. When the New York Post asked the 35-year-old actress about her go-to date night look, she responded: “That depends on what he’s wearing and he’s always wearing something insane, so I’m heavily influenced by whatever he pulls out of his closet.”

But their outfits go beyond avoiding a color-clashing moment. Take the the 2021 iHeartRadio Music Awards in May, for example. Fox’s Barbie-inspired Mach and Mach jumpsuit perfectly played off of the “Bloody Valentine” singer’s Smith and Cult studded manicure and pale pink butterfly brooch.

The month prior, at the Billboard Music Awards, the couple looked matchy matchy, too. The Transformers star wore a sexy Mugler dress, while Kelly rocked a black suit — and painted his tongue. 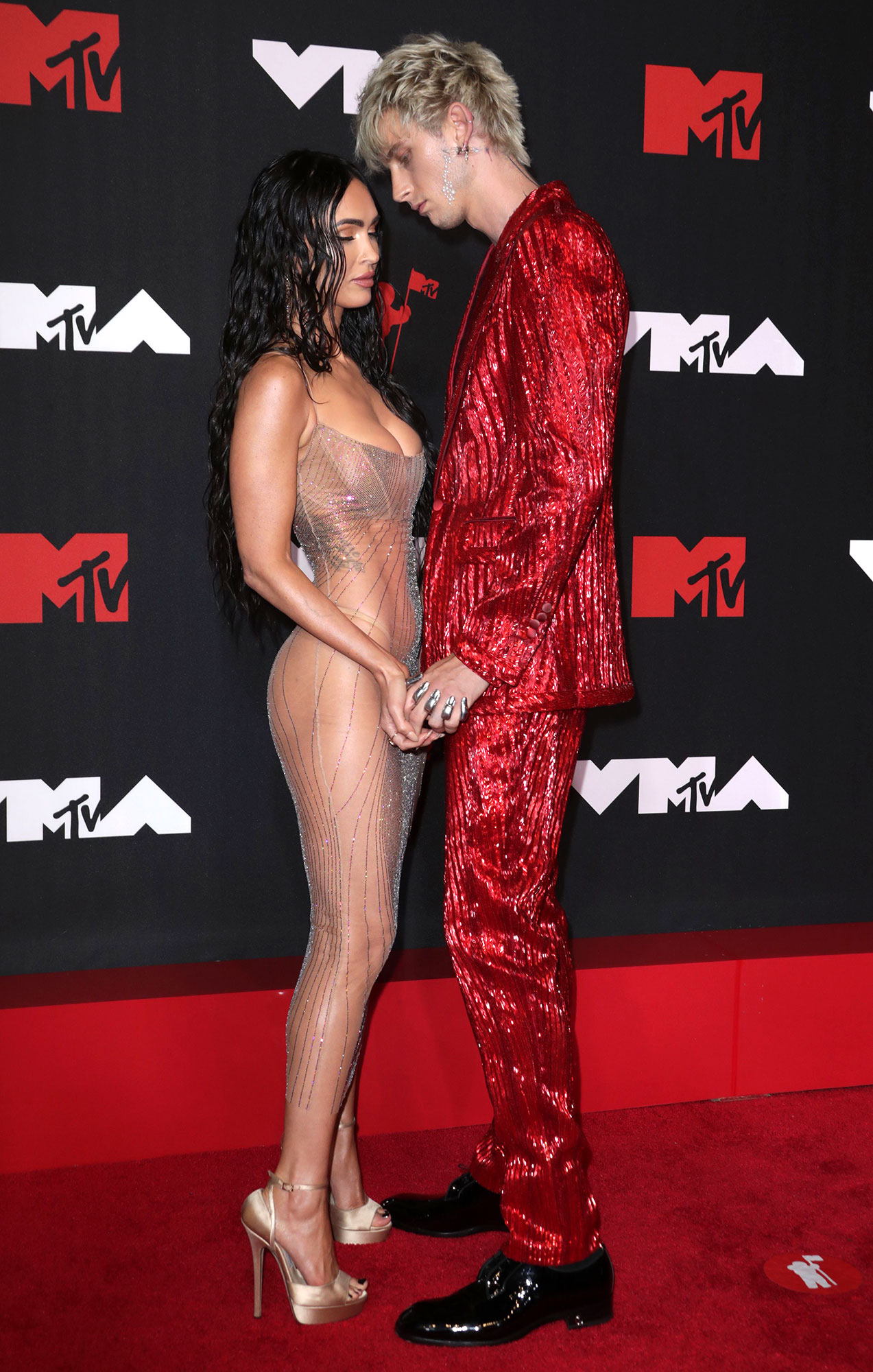 “We weren’t necessarily matching, we just wanted to go together kind of and then people sort of decided that we were matching,” Fox told the outlet. “I guess sometimes we did literally match, but it wasn’t a planned thing, it just sort of flowed.”

And as a result, fans expect quite a fashion forward (and sexy) show when the couple steps out for a night on the town. That said, the actress explained that her beau doesn’t only get all dolled up for a fancy awards show. He actually has quite the extensive daily self-care routine.

“When I first started dating him, you would think that he just rolls out of bed, that he slept in a pile of cigarettes and goes to work just like that,” Fox joked. “His bathroom counter was full of every kind of facial skincare product you can image. The highest end, thousands of dollars worth of skincare. He has amazing skin, so he actually puts a ton of effort into that face.”

She added: “I wouldn’t say I learned something from him, because same. I”m really into my skincare as well. But he does know a thing or two. He has a crazy skincare game.”

And, judging from the Sunday, September 12, MTV Video Music Awards, Kelly is also experimenting in the makeup department.

For the 38th annual event, he gave his already glitzy Dolce and Gabbana sequin suit and sparkly upgrade, adding pearl gemstones to the side of his nose and along his cheekbone.