Missing in action in many of our inner-city streets, even as we move into peak spring, is an abundance of bees, butterflies and birds. Chequered Cuckoo Bees, Australian Painted Ladies, Superb Fairy Wrens and their ilk are often lying low just as they should be making merry.

As cities keep expanding, wildlife keeps exiting and now there is a growing push to turn the situation around – invariably by planting more plants. 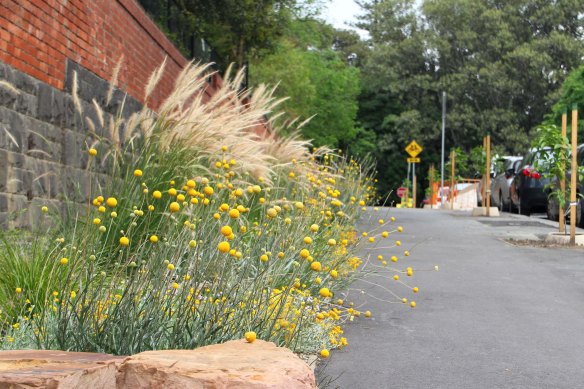 But some plants are more beneficial to fauna than others and, five years ago, the University of Melbourne and the City of Melbourne teamed up to deduce exactly what the most useful plants might be. What they homed in on was the understory. While many of our inner urban streets contain trees and lawn, there tends to be a gap when it comes to the space in between.

Urban ecologist and University of Melbourne professor, Nick Williams, says it is the plants that fill these midway points – the native shrubs, perennial herbs and grasses – that are “critically important” to insects and small birds. This understory is their refuge. It provides habitat and sustenance, and the more complex that understory, the better. 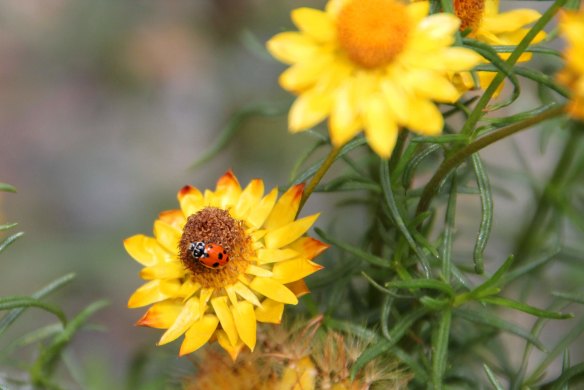 A ladybird on a Golden Everlasting (/Xerochrysum bracteatum/)Credit:City of Melbourne

In what might prove useful for everyone wanting to welcome more wildlife into their gardens, Williams, together with others, including the university’s director of urban horticulture, John Rayner, devised a list of more than 100, mostly native, understory species that could help increase the biodiversity of our city streets.

For this planting guide, which is freely available online, they chose plants not only for their horticultural attributes and environmental tolerances but for the biodiversity benefits they provide. They selected plants with high yields of nectar and pollen for bees, with larval food sources for local butterflies, and with seeds and fruits for birds. They added grasses that birds use to make nests, spiky shrubs in which they could hide and plants with pithy stems that could provide a home for solitary bees. 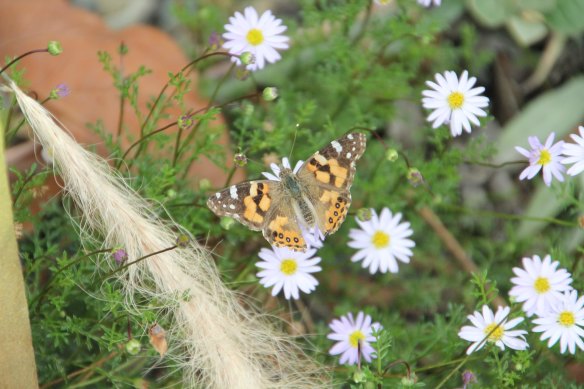 An Australian Painted Lady on a Cut-leaf Daisy (/Brachyscome multifida/) Credit:City of Melbourne

“It was a pretty novel approach,” Williams says. More novel still, the City of Melbourne and the University of Melbourne actually began planting in four inner-city streets in an experiment to see what happens when cut-leaf daisies, tufted bluebells, wattles, correas, ringed wallaby grass and other such understory fare replace bitumen footpaths, mulched median strips and mown lawn nature strips.

Over the course of the last five years, these newly planted ‘streetscapes’ – in South Yarra, Docklands, Parkville and North Melbourne – have been regularly surveyed with researchers identifying and counting bees, butterflies and birds across the seasons. They also surveyed three nearby ‘control sites’ for each of the plantings. 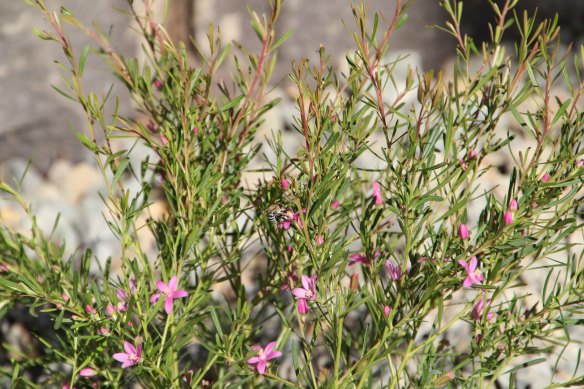 Within two years, both the number of bee species and the number of individual bees significantly increased across all the planting sites, and this increase has been sustained over time. The abundance of butterflies has also increased, even though the number of butterfly species has remained the same, which Williams says was disappointing. 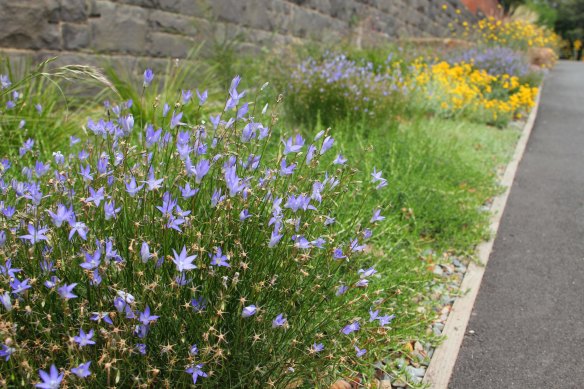 “The number of native butterflies drops off a lot if you have hard surfaces taking up more than about 30 per cent of the landscape,” he says. “We are going to need more of these plantings to attract butterflies in from the outer suburbs where there is more remnant vegetation.” 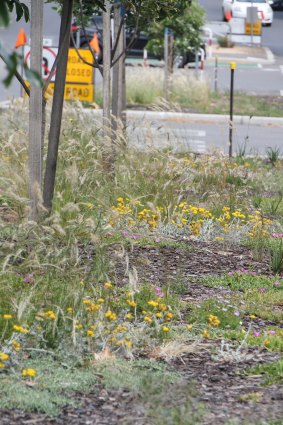 As for birds, there has been little change in the bird community at any of the sites. Williams says this might be because the shrubs within these streetscapes are not yet big enough to attract them or that the streetscapes themselves are too small.

Either way, he says the solution is to plant more native understory species and that this is now happening in a range of urban areas. Lord Mayor Sally Capp says findings from the project “inform the planting of garden beds across the city every day”.

Happily for those wanting to welcome more wildlife at home, there are native understory plants to suit all conditions and the online planting guide can be searched according to the particular constraints of your garden, such as waterlogging or soil compaction.

For maximum benefits, you might also need to tweak your maintenance regime. This can include reducing the frequency of pruning to retain habitat and leaving leaf litter in place unless it is damaging existing plants.

After all, these gardens aren’t just for people.