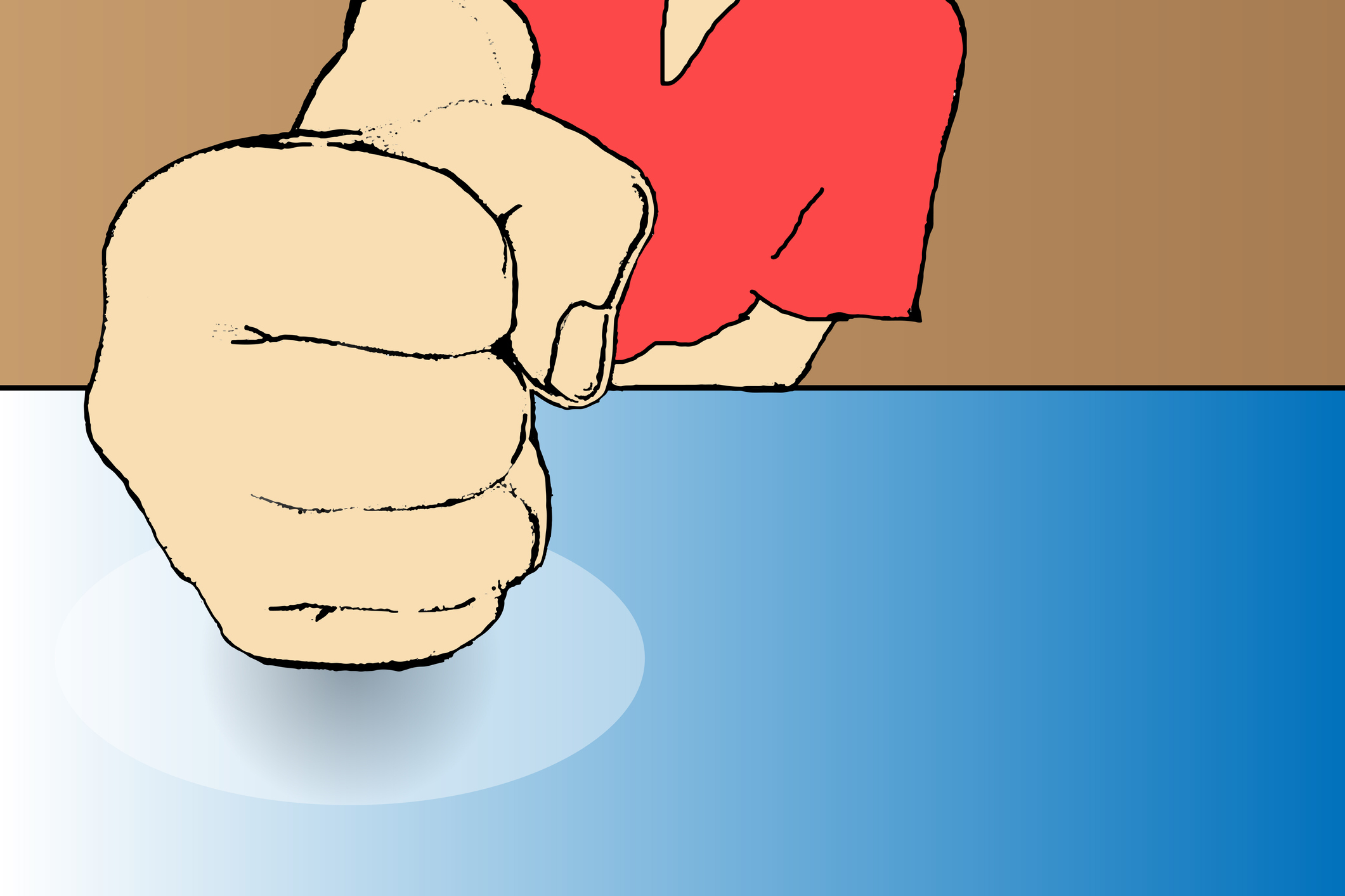 There’s lots to love about football, especially when international tournaments like the Euros roll around.

A community coming together to root for the same cause is enlivening and intoxicating, especially after the social isolation and stress of lockdown.

But there’s also a dark side to the sport with some fans.

Domestic violence – which is statistically more likely to be perpetrated by men against women – went up by 28% when the national team played during the 2018 World Cup. If England lost, that that figure went up to 38%.

Even before the Sunday’s match had started, fans were filling major London streets, climbing on top of busses and throwing bottles and trees.

Jolyon Rubinstein said he endured racial abuse as he entered Wembley Stadium for the final, and a mural in honour of Marcus Rashford was vandalised less than an hour after England lost to Italy.

It’s important to stipulate that football is not the root cause of racism, violence, or domestic abuse – these are issues that would exist with or without the beautiful game.

But what is it about something like football that allows it to hold such sway over the kind of people prone to that sort of vile behaviour?

Psychotherapist Noel McDermott tells Metro.co.uk that part of it is down to the sheer amount of alcohol flowing when a big game is on, saying: ‘There is a direct correlation between alcohol consumption and violence.’

He adds there’s a certain amount of mob mentality at play, comparing the way humans are programmed to go with the flow of a crowd to the movement of a flock of birds and herds of wildebeest.

‘There is a strong pull in being in a large group to conform to its norms,’ he explains.

‘If the mob is happy, it is fine. If it is unhappy, then even if a particular individual is fine, they will be overcome by the mood of the mob.

‘There are a variety of processes that take place in large groups that don’t happen in smaller ones – for example, a thing called the bystander effect. A group will watch and not help in a situation where they might normally object, say while watching some bullying or violent attack.

‘It’s a process that happens on social media platforms too. We are programmed to move with the herd as this is the most successful survival strategy.’

In addition to that, there are a lot of emotions at play in sport, where men typically feel safe to bond with other men without their heteronormative masculinity being called into question.

‘There is a very strong argument that football and other sports, (boxing, MMA, rugby, cricket) give men, in particular, a largely socially acceptable way of physically bonding with other men.

‘The hugging and kissing between men in the UK we see at these events can be part of a small number of scenarios in which many men feel comfortable expressing their emotional need to bond with their own gender.

‘It’s also that it is not at all sexualised. Non-sexual, safe, physical contact allows for the production of hormones such as oxytocin which is a primary bonding, relational hormone.’

So, with positive emotions free to run dizzyingly high, it stands to reason that the lows could feel very low indeed.

In a world where lots of men don’t have constructive outlets for their emotions, it’s easy to see how that could have some pretty extreme outcomes – especially when it comes to the disappointment and frustration that comes with the loss of your team.

But how does someone get from frustration to angry enough for something like outright violence?

Senior therapist Sally Baker says: ‘The more enmeshed a man’s identity and self-worth is with his team or his country, the more likely he is to feel a strong negative emotional response to them losing.

‘Without recourse to an emotional literacy, a man will often default to the primary emotion he is allowed, which is anger.

‘An anger response is more likely when a man has little to fall back on in his own life, so that his team or his country’s success or failure is of paramount importance in his life.

‘Losing a match or a tournament is disappointing, and everyone is of course allowed to be disappointed.

‘However, some of the angry, anti-social behaviour is disproportionate and off the scale.

‘It speaks volumes about the perpetrator’s inner emotional landscape and the emotional poverty of their lives if the beautiful game engenders such ugly responses in them.’

Anger can also be an easy emotion to hide behind, especially for men who don’t often feel like they have a right or the ability to access other emotions.

She says: ‘Men are not encouraged or taught how to express an emotional range.

‘In therapy, I sometimes talk to my male clients who come to me with anger issues about what their anger says about them.

‘Many have said feeling angry is the only emotional response they are allowed to have.

‘They say it feels as though they have permission somehow to respond with anger in almost any situation and that it is almost expected of them as men.’

She adds: ‘Anger covers other emotions that risk exposing a person’s authentic and more vulnerable self such as disappointment, hurt and pain.

‘Men are taught these emotions are weaknesses, and society condemns men it views as weak.

‘In a maladapted response, many men have a knee-jerk reaction to emotional pain by only expressing how they are feeling with outbursts of anger.’

‘The more pain a man is attempting to mask, or the more confused and complex his emotions are, the more he might be tempted to lean into his anger response where he hopes his vulnerability will stay a secret,’ she adds.

There’s also a certain power that anger can give – especially for people confident in their ability to handle themselves in a conflict.

Sally explains: ‘Men have also learnt that the more anger they demonstrate the more they can dominate a situation and set the emotional agenda.

‘Anger instils silence in others. It mutes any debate through the sheer force of the negative emotion.’

Sadly the consequences of this emotional illiteracy and reliance on anger and can be deadly, whether turned outwards towards others or inwards at themselves.

‘It’s challenging to feel empathy and care for any man behaving from a place of anti-social anger,’ says Sally, ‘and we know terrible incidents of male violence occur because of men’s anger.

‘The irony is we as a society raise our boy children not to express their emotions in any kind of nuanced way. We all reap the toxic reward of the blunt reflex of anger.

‘Men also turn their incalculable anger inwards, onto themselves with the number of deaths by suicide outstripping any other natural cause of death for great swathes of our menfolk.’

Few want to see a repeat of the scenes around the final on Sunday night – but societal expectations around masculinity feed into the link between violence and football.

That’s no small task but until we address the wider attitudes, it’s hard to see how that cycle will change.

If you are in immediate danger call 999. If you cannot talk, dial 55 and the operator will respond.

For free and confidential advice and support for women in London affected by abuse, you can call Solace on 0808 802 5565 or email [email protected]