A Morrisons customer has been slammed after moaning about the contents of his Too Good To Go Box, complaining that it has ‘too many cookies and mince pies’.

The Edinburgh man took to Facebook group Latest Deals, Extreme Couponing & Bargains Group, to share a photo of his package – which was sold at the price of £3.09 as part of a scheme, through the app, that aims to prevent food waste.

Although the man felt it was ‘financially worth it’ he wasn’t happy with what was inside his box, which induced three loaves of bread, a tomato flatbread, cookies, mince pies and two packets of scones.

Many users were irritated a the man’s post, pointing out that the scheme exists to prevent food waste not to get a food shop at a ‘bargain’ price – and felt there were plenty of people in need who would be grateful of the package. 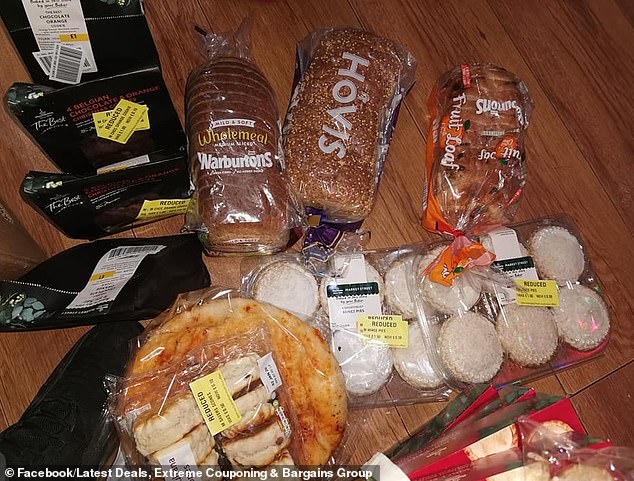 A Morrisons customer has been slammed after moaning about the contents of his £3.09 Too Good To Go Box (pictured)

Sharing a picture of his contents, the man penned: ‘After seeing everyone rave about the Too Good To Go boxes from Morrisons, I decided to plump for one myself.

‘I have to say that were financially it was worth the £3.09 paid, what was given could have been better.

‘Now, yes I know that they are mystery boxes and items can’t be guaranteed, but 8 boxes of mince pies, and 5 bags of cookies was a bit much even for me. Just wondering if anyone else has had a similar experience?

‘Oh and yeah the first box they brought out was the rotting fruit and veg from before Christmas. BTW don’t mean to sound moany.’ 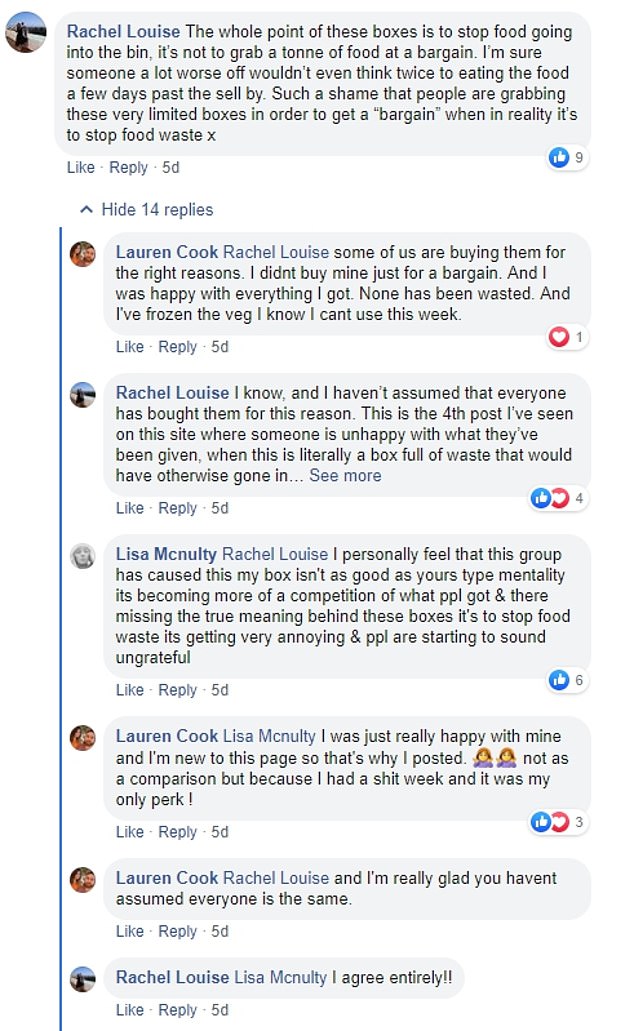 Many users were irritated a the man’s post, pointing out that the scheme exists to prevent food waste not to get a food shop at a ‘bargain’ price

One saddened user, pointed out that the ‘very limited boxes’ could have gone to ‘someone a lot worse off”

They wrote: ‘The whole point of these boxes is to stop food going into the bin, it’s not to grab a tonne of food at a bargain.

‘I’m sure someone a lot worse off wouldn’t even think twice to eating the food a few days past the sell by.

‘Such a shame that people are grabbing these very limited boxes in order to get a ‘bargain’ when in reality it’s to stop food waste.’

Another user agreed: ‘Some of us are buying them for the right reasons. I didn’t buy mine just for a bargain.

‘And I was happy with everything I got. None has been wasted. And I’ve frozen the veg I know I cant use this week.’ 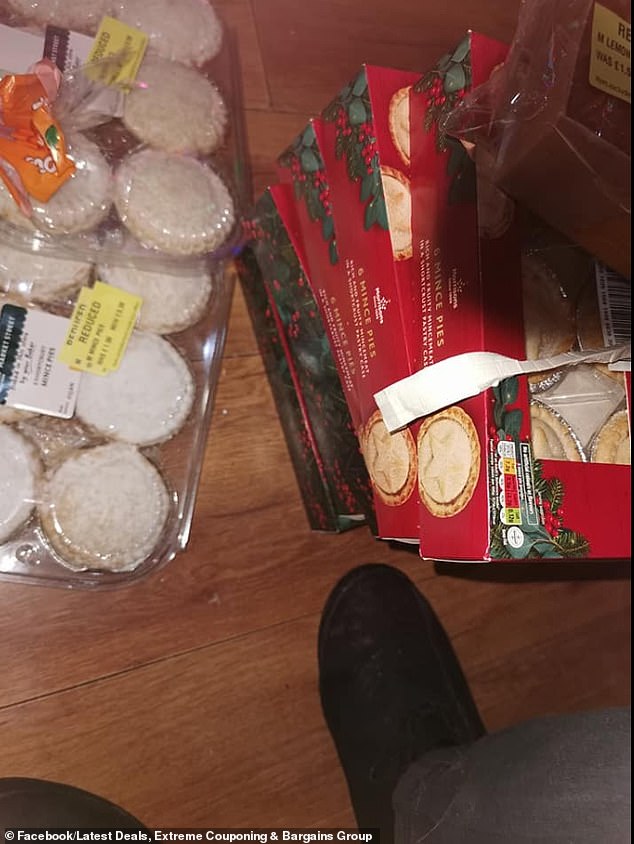 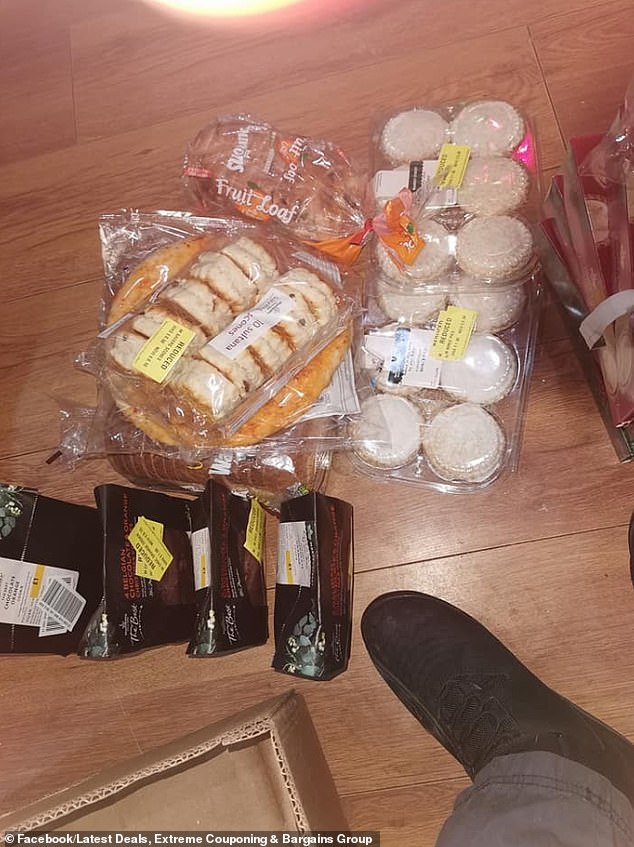 She went on: ‘I know, and I haven’t assumed that everyone has bought them for this reason.

‘This is the 4th post I’ve seen on this site where someone is unhappy with what they’ve been given, when this is literally a box full of waste that would have otherwise gone into the bin.

‘I often buy from the ‘too good to go’ app and it’s pot luck, but I’d rather make use of the items I’d been given and cook them, freeze them etc than take pictures of them and complain about them.’

More angry users commented venting their frustration, with several asking why the man didn’t donate the food if he had no use for it

Morrisons is the first supermarket in the UK which offers food past its ‘best before’ date for a hugely marked down price through app Too Good To Go – in a bid to prevent unsold food going to waste.

Customers who use the app will be given boxes of food that will be filled with unsold fruit and veg, bakery and deli items worth at least £10 for just £3.09.

More angry users commented venting their frustration, with one saying: ‘Some of these must be expecting sirloin steak in their boxes.’

Another said: ‘You literally pay then to take there waste away! It’s good for them as they would have to pay for it to be disposed of.’

A third added: ‘Sure your local soup kitchen would be glad of anything you are not happy with.’

One more agreed: ‘If it was too much you could have maybe found a homeless shelter or something?’