No one can erase the past, but they can delete it from social media. Jennifer Lopez cleared nearly every trace of ex-fiancé Alex Rodriguez from her official Instagram account as her rekindled romance with Ben Affleck continues.

Every Cryptic Post Alex Rodriguez Has Shared Since Split From J. Lo

The change was spotted by eagle-eyed fans on Saturday, August 14, more than four months after the athlete, 46, and entertainer, 52, announced their split.

A search through the 1,312 accounts Lopez follows reveals that Rodriguez is no longer on the list. She unfollowed her ex, and she deleted their photos together. He still followed her as of Saturday night.

While his presence has mostly been erased, a few reminders remain. Lopez has avoided deleting anything that focused on their kids. A-Rod appears in a March 2020 video with the “On the Floor” singer’s son, Max, 13. Sweet snaps of the former Yankee’s daughters, Natalie, 16, and Ella, 13, remain on Lopez’s page as well.

Though Rodriguez has all but vanished from her social media, Affleck, 48, is a new presence on her account. The two made their relationship Instagram official on Lopez’s birthday. The “Waiting for Tonight” singer posted a series of photos from her birthday trip to the Mediterranean where she and Affleck relaxed on a yacht. The first three photos showed the Wedding Planner actress posing in her bikini, but the final snap was her kissing the Argo director.

The duo, who initially dated from 2002 to 2004, haven’t been trying to hide their romance since reuniting in April, shortly after J. Lo and A-Rod announced their breakup. Their PDA-filled yacht trip reminded fans of 2002’s “Jenny from the Block” video. They’ve gone on public outings with their kids to theme parks, and they’ve been spotted sneaking kisses at restaurants. 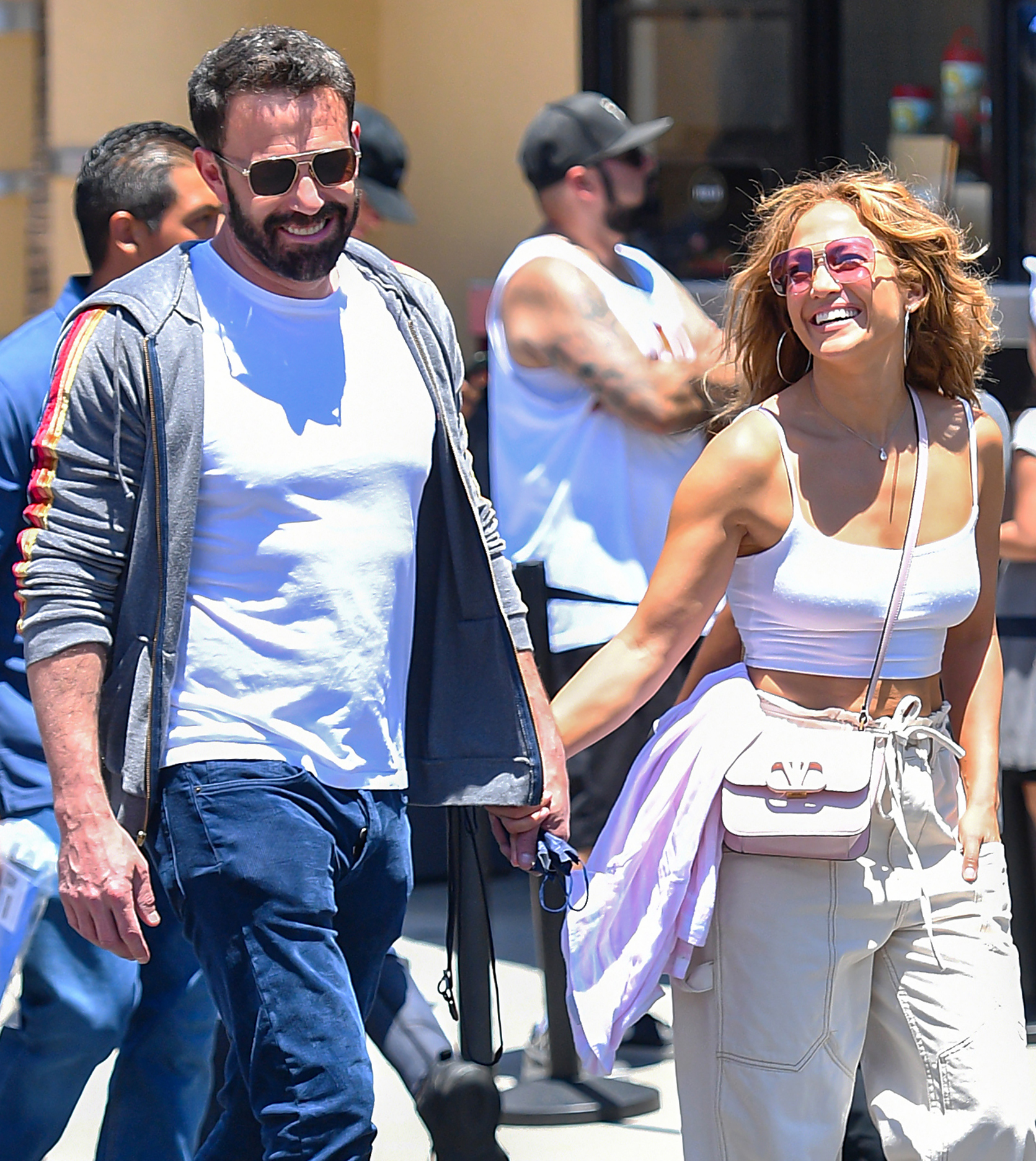 “The past few months have been a real whirlwind,” a source told Us Weekly in July. “They’re well aware some cynics still look at it as a big flashy attention grab and roll their eyes at the speed of it all, but it doesn’t faze them one iota. They’re fully committed to taking the next steps and spending the rest of their lives together.”

Inside J. Lo and Ben Affleck’s PDA-Filled Getaway: All the Sweetest Pics

They certainly have support from their friends. Leah Remini, the Hustlers star’s longtime bestie, shared a photo via Instagram of the couple posing with her at a party in July. Matt Damon, Affleck’s lifelong BFF, has also been very vocal about his support for Bennifer, and he was spotted on the beach with the couple in early August.

“Oh man, no one’s pulling harder than I am. They’re both great. I just want for their happiness,” Damon said on The Carlos Watson Show via People. “And they seem pretty happy right now.”