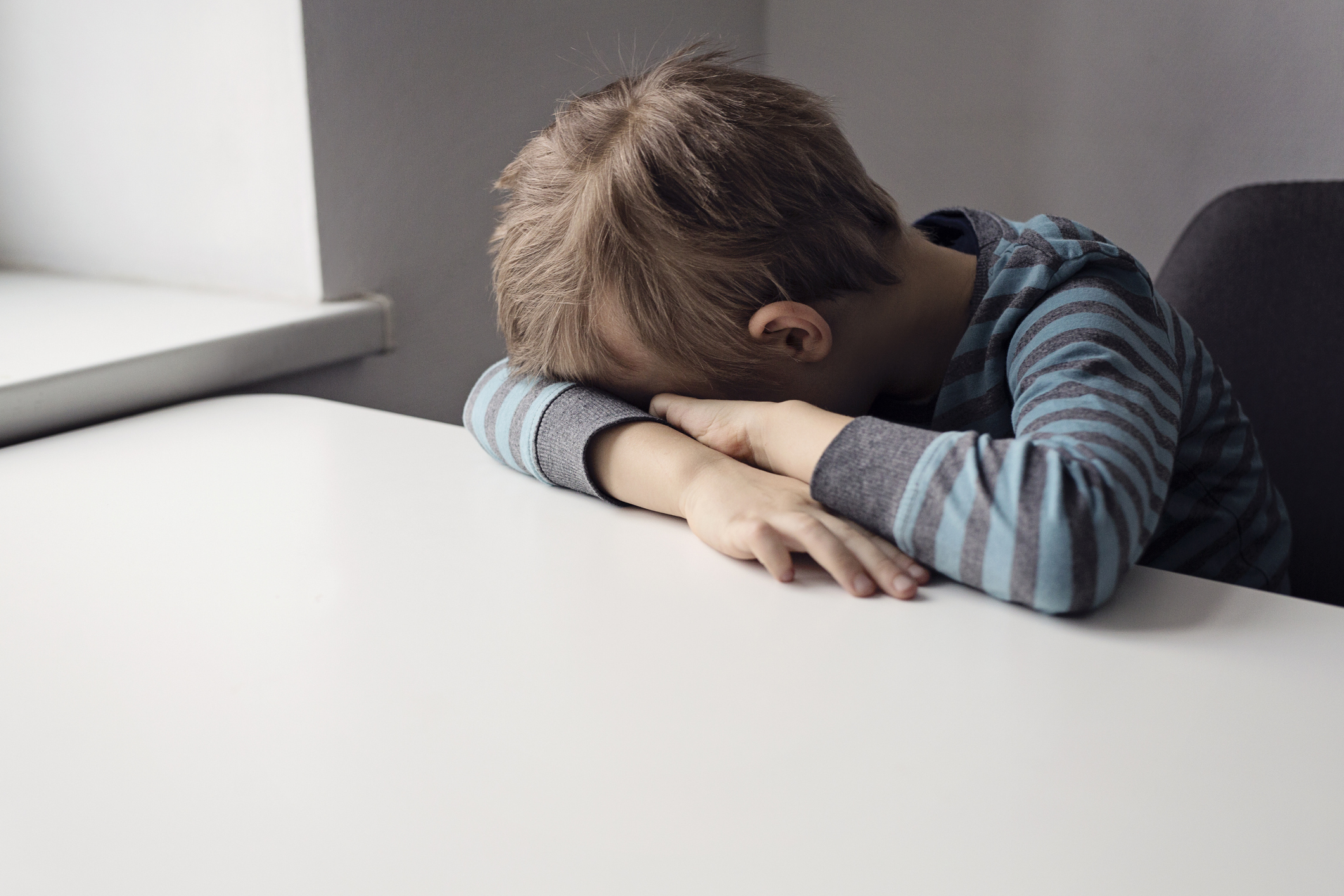 The first time my son Jayden was suspended, he was just five years old – he’d only been in reception for a few months.

I’d given birth to my daughter a few days earlier so I was looking forward to getting home and resting after dropping him off at school that morning.

I’d just sat down when the phone rang – it was the school telling me I had to get back immediately as Jayden was ‘kicking off’. At first I was confused as he’d been totally fine at home that morning.

As soon as I got to school, I could hear his voice – he was shouting and swearing and hitting out at anyone who approached him. I was really distressed and very nervous as I headed to the office because I didn’t know what I would be facing.

The headteacher said that in 10 years of teaching, he’d never seen a child like this. I felt embarrassed and ashamed. I took Jayden home and the next day the school rang to say he was being suspended for two days.

I was told that no child had ever been suspended in reception before – and I felt it was all my fault.

That was just the start of what would be months of being called back to school to pick Jayden up after he was disruptive. At one point, I was getting phone calls from the school every day. If it got to 10am and I hadn’t had a call, then I knew it was safe to have my breakfast, but normally I’d have to go and pick him up.

This all came as a real shock to me because – before Jayden started school – he had been a normal, boisterous five year old. Even when he was acting up at school, I wasn’t really seeing anything like that at home and his previous childminder was also really surprised.

In the first nine months of school, he was suspended 17 times. It was always the same thing – getting angry in the classroom, hitting out, being abusive.

Although the school was calling me a lot, I didn’t feel that they were listening to my concerns about Jayden. There wasn’t any suggestion that the school would look into if Jayden had additional needs (we later found out he had ADHD and several other conditions) he was just labelled a ‘difficult child’.

I felt this was totally unfair as he was so young and clearly there was much more to it than him just being ‘difficult’.

By the time Jayden was nine years old, he was onto his fifth school

The shame and guilt I felt at the time is why I’ve decided to tell my story. There are so many children like Jayden who are being suspended and even excluded at a very young age and often it’s because they have additional needs that haven’t been identified.

I’ve met other parents who have been in a similar situation to me and we all feel so much guilt. Children like Jayden are not simply ‘naughty’ or ‘bad’, their behaviour is often a sign that they need assistance.

I truly feel that if someone had listened to me and referred Jayden for a professional diagnosis early on, we wouldn’t have lost so many years and Jayden would have had the support to have a more positive experience at school.

However, getting that help in a system that has no extra funds and is not equipped to deal with complex needs is near impossible. I talked to the school many times about my concerns for Jayden’s mental health, especially as his dad had a history of schizophrenia.

I did a lot of my own research and pushed and pushed until eventually Jayden received therapy once a week. Yet I felt the focus was too much about our relationship and not enough on Jayden’s mental health needs.

Jayden told me he had ‘an army in his head, one half was good and the other was bad’.

Eventually, after I kept asking for a medical referral, Jayden was sent to a children’s psychiatric unit and was finally diagnosed with ADHD (at the extreme end of the scale), emotional and behaviour disorder and oppositional defiant disorder (ODD). This was when he started taking medication and I also had some respite care two nights a week.

By the time Jayden was nine years old, he was onto his fifth school. This one only lasted until Christmas – without any discussion or warning, I was phoned and told he would be leaving the school. He missed so much and he wasn’t developing his social skills because he wasn’t with children his own age.

Jayden was so used to being excluded that when I told him he had to leave his most recent one, he wasn’t surprised or upset – he was expecting rejection. He told me that he didn’t feel he belonged anywhere.

I felt so protective of him because, although he could be aggressive, he was also very vulnerable. He’s a very intelligent boy and I did all my research on ADHD and could see what worked with him during that time he wasn’t at school.

We’d watched a programme about ADHD and I used that to talk to Jayden about how he was feeling. Together, we wrote down what triggered his behaviour and what to do when he felt angry – he’d call this his ‘black zone’.

While this really helped when he started at his next school, I was also exhausted by this point. I was increasingly worried about how he behaved towards his little sister, as he was very jealous of her.

I could see he was rebelling more and more and it was getting harder as he got older. At his next school, which was the sixth he’d been at, the police were called as Jayden barricaded himself in a classroom with his friends.

At that time, my family support worker referred us to the charity Chance UK, who help children to develop social and emotional skills and support parents. They provided a mentor who saw Jayden outside of school – they would do activities together and it was someone else for Jayden to talk to.

It was brilliant – it was the first time I really saw him open up and I could see him building his social skills. We have supported their campaign to prevent exclusions in primary schools by providing extra support and funding for schools because I know the damage that suspension and exclusion can do.

We need to better understand a child’s needs and their individual situation rather than just moving them on to another school – it causes too much disruption.

Where children have complex needs, it is really important for professionals helping families to work together. The problem is that help is sometimes not put in place until the situation has become extreme – the underfunding of schools and social services play a big part in this.

Seeing my friends’ children move to secondary school has been bittersweet. Although Jayden is 11, he will stay at his special school for another year until they feel he is ready. I would love for him to go to a mainstream school where he has the right support in place so he can build the social skills he will need in the future.

I worry that he won’t be able to enjoy a teenage life and that I will forever have to monitor and check on him. When he gets angry, you have to wait for him to calm down and that just won’t happen in the real world. My biggest fear is that he will go out one day and not come home.

I feel the system all the way along has focused far too much on my parenting and not enough on diagnosing Jayden early enough and giving him the help he needs.

I have my own health issues – including endometriosis, and my mental health has really deteriorated – but everything has had to be put on hold so that I can focus on Jayden. I feel that I have been fighting for the right support since Jayden was five years old and it’s exhausting.

If I wasn’t a strong person then I would have been broken by the system.

Chance UK is a charity providing early intervention support to children age 5-13 and their families to help them develop social and emotional skills.