Heidi Planck disappeared two weeks ago — and the building managers are reportedly refusing to cooperate.

A Los Angeles mom who vanished during half-time of her son’s football game has not been seen for more than two weeks.

Heidi Planck suddenly ran out on her 10-year-old’s game in Downey without warning on October 17, taking her dog with her. In a bizarre twist, the dog turned up hours later on the 28th floor of an apartment building in Downtown LA, 12 miles from her home.

Security footage from Planck’s home in Reynier Village shows her leaving to head to the game on the morning of the 17th, with her dog, Seven. Police have not been able to locate her silver Range Rover, her purse, phone or personal computer. 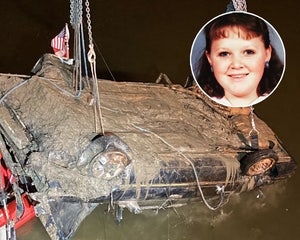 Planck’s concerned friends told CBS2 that the building management has so far refused to cooperate with police; they will not allow a search of the parking garage or release security tapes without a warrant.

“It seems to us that everything stems from that building where her dog was found,” one friend said.

Planck’s ex-husband Jim Wayne told the broadcaster she appeared “distracted” at the game. When she didn’t turn up to pick up their son Bond at school on October 20, a missing persons report was filed.

“If you have seen anything, anything at all, we have a 10-year-old boy at home who’s looking for his mom,” Wayne told the broadcaster. “And we need to find his mom. People don’t just disappear.”

“For him not to have heard from his mother for this long — something is seriously wrong.”

The little boy shared the final text her sent to his mother after she disappeared: “Where are you?”

“I said ‘can you please call me back? You haven’t called me back two days in a row.'”

Planck’s friends confirmed she is an attentive and devoted mother who would not just disappear of her own volition.

No body was found; however agents did thoroughly search the home, and left with several files and documents.

Another possible facet to the investigation is Planck’s employer: according to her LinkedIn page, she works as a Controller for Camden Capital, which is under a federal securities investigation for possible fraud charges.

According to the LA Times Jason Sugarman, a managing partner at the firm, was charged in 2019 for his alleged part in a scheme that defrauded investors to the tune of $43million. He was sentenced to 189 months in prison the following year.

Per the publication, Sugarman is a minority owner of LAFC and son-in-law of Hollywood mogul Peter Guber, who in turn is also a part owner of LAFC, as well as the Golden State Warriors and LA Dodgers.

Planck is described as white, 5’3″ tall and weighs about 120 pounds, with blond hair and blue eyes.

She was last seen wearing jeans and a gray sweater driving a 2017 gray Range Rover with a black-and-yellow California license plate of U840X0.