NEW Year's Eve parties are in "grave doubt" as killjoy Whitehall officials are drawing up further plans to tackle the Omicron variant.

There are growing fears of further restrictions being slapped on Brits after Christmas as the infection rate is expected to peak in January. 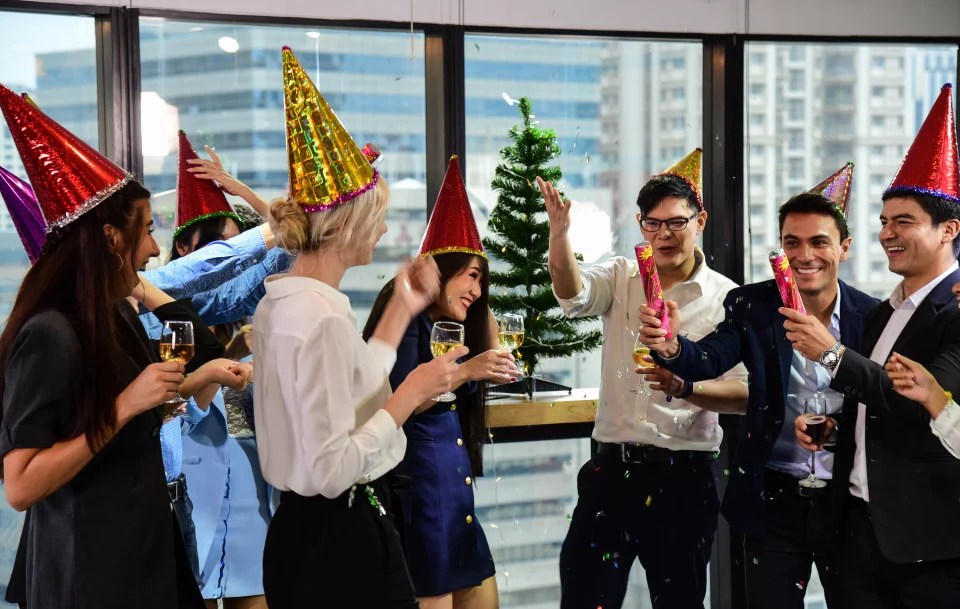 The Sun has learnt Whitehall officials have drawn up plans to restrict numbers in pubs and restaurants and even close them down in the coming weeks.

A government source told The Sun: “You will be able to see your family at Christmas, but at this rate you might not be able to do it in a pub.

"As for New Year’s Eve, that is a different story.”

But MPs privately warn they will torpedo any attempts to bring in former restrictions like the Rule of Six or a ban on household mixing.

It comes as more than one in five Tory MPs will vote against Boris Johnson on Tuesday as a brutal rebellion on vaccine passports hit 80.

No10 vowed to crack on with the vote despite the PM’s majority being wiped out – amid dire warnings of a bigger backlash at any attempt at "Plan C" restrictions.

But Covid certification for nightclubs, mega-bars and stadiums is expected to sail through the Commons with the backing of Sir Keir Starmer's Labour.

Data shows boosters offer up to 75 per cent protection from mild infection from Omicron, with The Sun relaunching our hugely successful Jabs Army campaign.

One ex-Minister told The Sun that Tuesday night’s vote is a “show of force".

The number expected to rebel far outweighs the 56 MPs required to trigger a internal confidence vote in the PM – but falls short of the 181 needed to defeat him.

The senior MP said: “They may be able to get stuff through on Labour votes, but if they push things to far I have no doubt  it would be curtains."

Meanwhile leading Tory rebel Marcus Fysh was slammed after comparing the planned coronavirus health passes being introduced to limit the spread of Omicron to atrocities in Nazi Germany.

The Board of Deputies of British Jews called his remarks "completely unacceptable".

Mr Fysh argued that the passes, which can be acquired by being fully vaccinated or receiving a negative lateral flow result, would be "segregating society based on an unacceptable thing".

He said: "We are not a 'papers please' society. This is not Nazi Germany. It's the thin end of an authoritarian wedge and that's why we will resist it."

Despite his opposition to being a "papers please" society, Mr Fysh voted in September for the Government's Elections Bill which will introduce photographic identification for voting.

Despite the threat of further restrictions, local lockdowns won't return this winter as Downing Street rules out lightning Covid curbs for London and hard-hit cities.

Infections have gone up by 50 per cent in a day – with 20 per cent of all Covid cases now being logged as the mutant variant.

And data shows Omicron now makes up 40 per cent of cases in London.

But Downing Street sources said there are "definitely no plans for tiering of any sort".

It comes as the first UK death from the Omicron variant was confirmed by Boris Johnson this morning.

The UKHSA revealed ten patients were in English hospitals with the mutated strain – between 18-85 years old, most having had two jabs.

Brits have been urged to get their boosters to fight the wave of variant cases.

Speaking during a visit to a vaccination clinic near Paddington, in west London, the Prime Minister said: "Sadly yes Omicron is producing hospitalisations and sadly at least one patient has been confirmed to have died with Omicron.

"So I think the idea that this is somehow a milder version of the virus, I think that's something we need to set on one side and just recognise the sheer pace at which it accelerates through the population.

"So the best thing we can do is all get our boosters."

In new data from Sage, the group that advises the Government, it is estimated two Covid jabs should slash the risk of dying from Omicron by up to 84 per cent.

But the models also showed the chance of simply catching the virus and falling ill is twice reduced if you have a booster too.

The latest data revealed boosters offer up to 75 per cent protection from mild infection from Omicron.