After a dozen years as Australia’s most-watched television network, Seven has lost the 2019 ratings season to arch-rival Nine. But in a sign of how close the result is, Nine – the owner of this masthead – isn’t crowing too loudly. It’s a far cry from the days of its memorable 'Still the One' promotions, in which the broadcaster's biggest stars made a literal song and dance of their success. 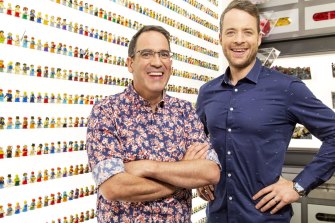 Officially, Nine prefers to focus on its comfortable lead in the lucrative 16-39 and 25-54 demographics. Unofficially, network executives are thrilled to claim the “total people” category, too. But if recently appointed Seven boss James Warburton makes good on his promise to claw back viewers in 2020, Nine could lose its slender winning margin.

“As a media buyer, I’m only interested in the demographics,” says analyst Ian Warner, a partner in Moonlighting Media. “If I’m targeting a 16 to 39 age group, it doesn't matter how many viewers in total a program has.”

Yet advertisers ignore older audiences to their detriment. “Forty years ago, someone in their 60s might have spent less money than someone in their 30s,” Warner says. “Now, there’s more money in that 55-plus group than ever before.” 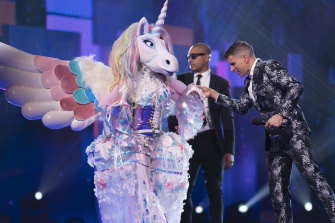 The Masked Singer was a hit for 10.Credit:10

Naturally, all networks arrange the goalposts to suit themselves. Nine is sticking with the industry’s traditional standard: 6pm to midnight in the five biggest cities across the 40-week ratings season. Extend those parameters from 6am to midnight and Seven regains its lead, while 10 prefers the 6pm to 10.30pm window across 52 weeks. (Though the ratings season ended on Saturday, programs recorded and watched within the next 28 days may have a small effect on the final tally.)

Live sport finals – AFL on Seven, Rugby League on Nine and the Melbourne Cup on 10 – delivered each commercial network its highest ratings of the year. But their 7.30pm reality shows, which air up to four nights a week, had the greatest impact on their fortunes.

“A big problem for networks is that teens have gone off television,” says Marc C-Scott, a screen and media lecturer at Victoria University. “In 2011, teens were watching 53 hours of live broadcasting [every three months] but by 2011, that was down to 18 hours.” 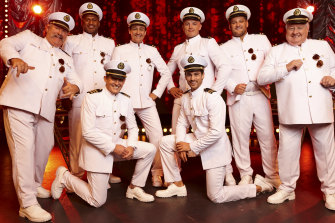 The All New Monty was Seven’s top-rating reality show.Credit:Seven

In previous years, 10 limped across the finish line with cheap international filler but the network ends 2019 on a high, growing its audience share by 0.5 per cent between August and November. Its key reality franchises (The Bachelor, The Bachelorette, Survivor, The Masked Singer and The Amazing Race) all punched above their weight among younger viewers.

“Putting unique content on their catch-up services could be one way for networks [to compete with streaming services] such as Netflix,” C-Scott says. “The most important thing to remember is that story is king, regardless of which platform it’s on.”