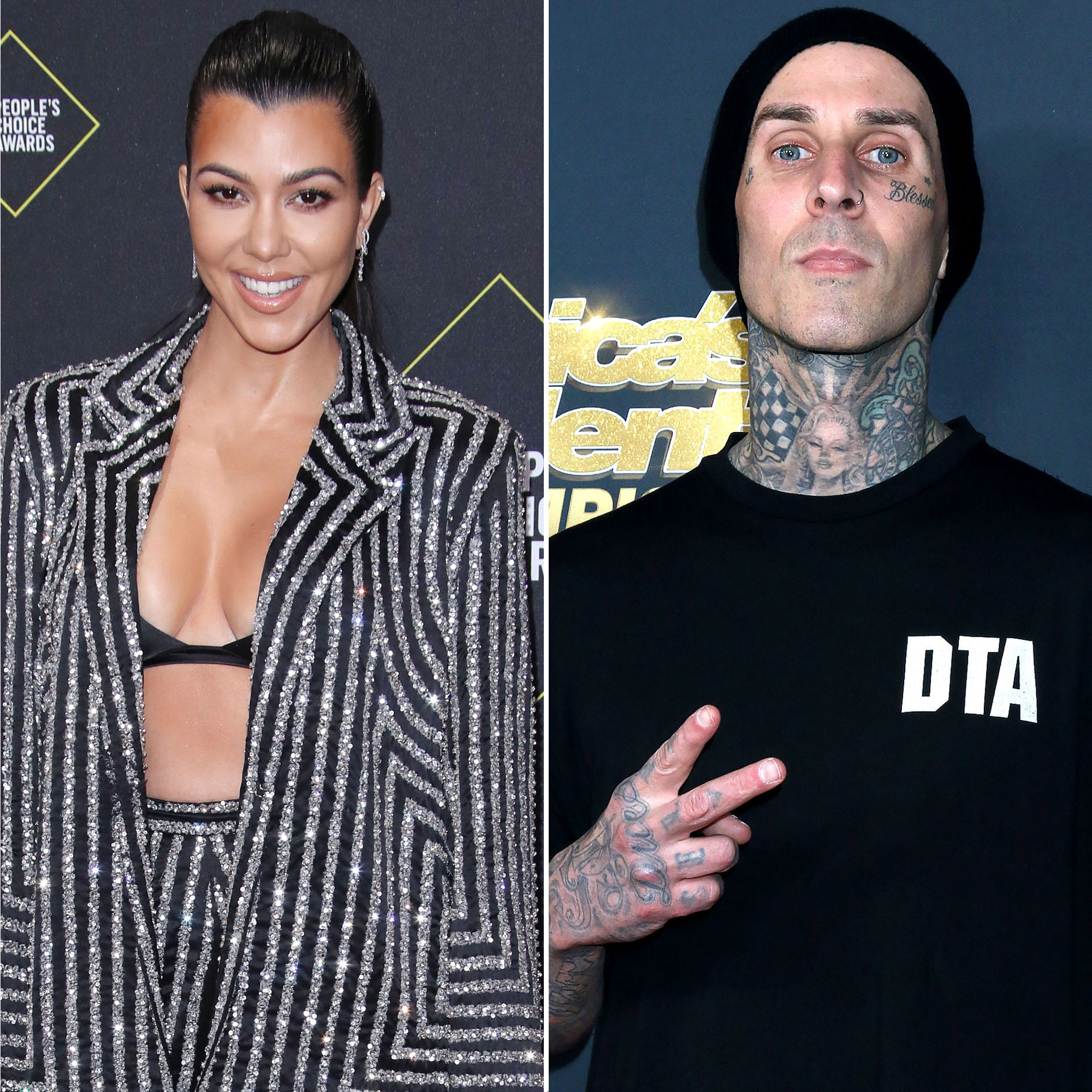 Engaged and obsessed! Nearly one month after Travis Barker popped the question to Kourtney Kardashian, the couple has remained as deeply in love as ever before.

The Barker Wellness founder, 45, posted an Instagram gallery of photos of himself on Thursday, November 11, posing inside a gas station while munching on potato chips.

In response, Poosh founder, 42, chimed in, approving of her fiancé’s snack choices as she replied, “Obsessed with you and all your vegan stuff 😋.”

The Keeping Up With the Kardashians alum, who follows a primarily vegan-friendly diet herself, lauded her beau for adhering to their nutritional goals while on the road. In the snaps, the drummer was shown holding a bag of Lay’s Classic chips — which are counted as vegan-friendly snacks since their ingredients are not derived from animal products.

Celebrity Engagements of 2021: Stars Who Got Engaged This Year

The former Dash owner previously opened up her own “95 percent” vegan diet during a May blog post for Poosh.

“As you’ve probably noticed from Kourt’s Instagram, she’s gone (mostly) vegan when it comes to her diet,” the article explained at the time. “From keto to intermittent fasting, she’s no stranger to adjusting her meals to live a healthier lifestyle. She’s been easing into it for the past six to seven months with no meat (and the occasional butter and honey).”

In the post, the reality TV personality also noted her focus on a plant-based diet further ties into her passions about the “environmental impacts that eating less meat has on the planet.” The mom of three — she shares Mason, 11, Penelope, 9, and Reign, 6, with ex Scott Disick — admitted at that the time that she “couldn’t resist” a baked crab handroll for the first few weeks after swapping her diet.

“It’s all about balance and finding how and when you’re comfortable with incorporating the changes into your lifestyle,” she continued in her blog post.

The Blink-182 musician, for his part, has also been conscious about his animal-friendly diet. Barker first became a vegetarian at age 13 before transitioning to veganism after surviving a 2008 plane crash.

“I had a conversation with one of my friends about how it was hard to find vegan options, and he said ‘Why don’t you make your own?’” he admitted to GQ in March, before telling the outlet some of his favorite dishes to whip up in the kitchen.

“I love vegan pizza, I’ll also have vegan sushi, Vietnamese vegan food, a dear friend of mine owns this spot called Au Lac which is just so good,” Barker added at the time. “The other day we got Craig’s Vegan ice cream, so whenever that’s in the freezer it’s definitely tempting. … On that note, I’ve come to learn that if you don’t want to eat that stuff, you just don’t keep it in the house. That’s it. Some days, my dessert will just be a spoonful of almond butter.”

Much like Kardashian’s sweet Instagram comment on Thursday, the couple is no stranger to sharing their love via social media or through PDA. The “All the Small Things” performer proposed last month after less than one year of dating.

Us Weekly confirmed on October 17 that Barker got down on bended knee at the Rosewood Miramar Beach Hotel in Santa Barbara, California.