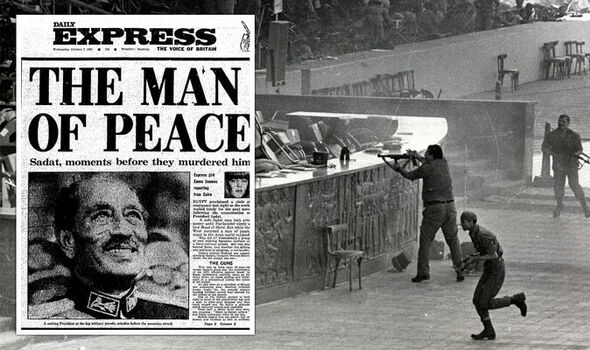 He was gunned down by Islamic militants as he celebrated the anniversary of the war against Israel in 1973. Hailed by the West as a man of peace, he had powerful enemies in the Arab world who resented him signing the Camp David Accords with Israeli Prime Minister Menachem Begin.

73 years ago (1949) The communist German Democratic Republic (GDR) was formed following the Russian occupation of East Germany at the end of the Second World War.

Its territory surrounded West Berlin but the former capital remained outside of its jurisdiction for the duration of the Cold War.

As a part of the Eastern Bloc of Soviet-allied Communist countries, GDR was ruled by the Socialist Unity Party of Germany.