It’s over … again. Olivia Jade Giannulli revealed that she and her boyfriend, Jackson Guthy, split.

The YouTuber, 21, confirmed her relationship status in an Instagram Story Q&A on Thursday, August 12. “R u single?” one of her followers asked, to which she responded, “I am indeed,” alongside a photo of her smiling with her arm lifted in the air.

Giannulli later offered dating advice to women in their 20s. “You’re still so young!” she reasoned. “Have fun, be safe, & let the universe do it’s [sic] thingggg. What is meant to be will be.” 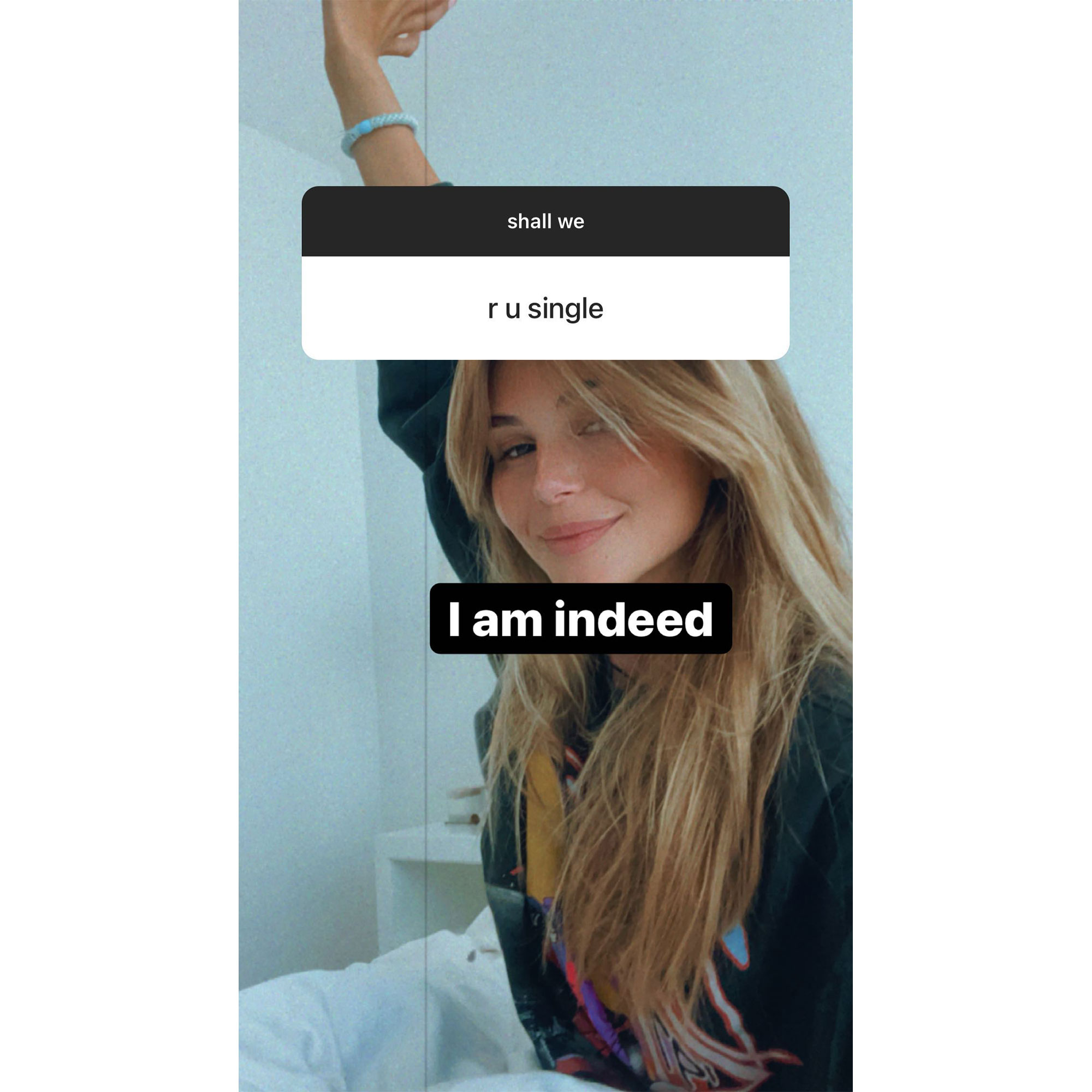 When another Instagram user suggested that they go on a date together, the California native replied: “Alright it’s time for me to get off the internet now lol.”

Celebrity Splits of 2021: Stars Who Broke Up This Year

Us Weekly broke the news in May 2019 that Guthy, 25, ended his relationship with Giannulli over the aftermath of the nationwide college admissions scandal in which her parents, Lori Loughlin and Mossimo Giannulli, were implicated.

“Jackson broke up with Olivia because it was all getting to be too much for him,” a source revealed at the time. “It wasn’t necessarily affecting his career, but the fact that he couldn’t be seen out in public with Olivia was difficult.”

However, the pair remained close, and Us exclusively reported in August 2019 that they were back together.

College Admissions Scandal: Where Are They Now?

Amid Loughlin and Mossimo’s legal troubles, Us confirmed in September 2020 that Guthy was booked for a misdemeanor driving under the influence. He was spotted holding hands with Olivia Jade at Delilah restaurant in Los Angeles later that month.

The Full House alum, 57, and the fashion designer, 58, were accused of paying $500,000 to secure their daughters’ — the couple are also parents of Bella, 22 — entry into the University of Southern California. They pleaded guilty to fraud charges in May 2020.

Olivia Jade spoke out about the scandal in a December 2020 Red Table Talk interview. “We had the means to do something and we completely took it and ran with it. It was something that it was wrong,” she said. “It really can’t be excused. On paper, it’s bad — it’s really bad. But I think what a lot of people don’t know is my parents came from a place of just, ‘I love my kids, I just want to help my kids — whatever is best for them — I worked my whole life to provide for my family.’ I think they thought it was normal.”

Guthy supported his then-girlfriend at the time, writing via his Instagram Story, “Very proud of you!”