AOC’s ‘Among Us’ live stream: How to watch Alexandria Ocasio-Cortez on Twitch 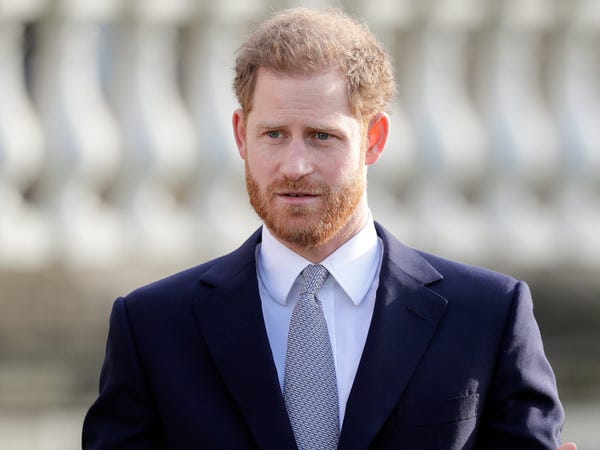 Prince Harry said he has never been able to vote in his "entire life" as he called on Americans to register ahead of the November election.

Speaking alongside Meghan Markle during their first joint TV appearance since leaving the royal family, he noted that he will not be able to vote in the US election, as he is not a citizen.

"This election, I'm not going to be able to vote here in the US. But many of you may not know that I haven't been able to vote in the UK my entire life," Harry said during a broadcast special unveiling of the 2020 TIME 100.

He added: "As we approach this November, it's vital that we reject hate speech, misinformation, and online negativity."

Markle also said during a recent virtual engagement that Prince Harry "has never been able to vote."

"I look at my husband for example; he's never been able to vote, and I think it's such an interesting thing to say the right to vote is not a privilege, it is a right in of itself," she said.

The couple has been criticized for speaking out about politics in recent months after stepping down from the royal family.

Expressing political views and getting involved with politics is frowned upon for members of the royal family.

Last month, people began calling for the Queen to revoke Markle's royal title after she encouraged Americans to vote.

Piers Morgan and two UK politicians were among those criticizing Markle after she said those who didn't vote were "complicit," although she did not bring up her personal political views.

"They can't remain as royals & spout off about foreign elections in such a brazenly partisan way," Morgan wrote on Twitter.

Morgan was also among a number of people who voiced concern on Wednesday over Harry speaking about American politics when he is not a US citizen.

"Prince Harry poking his woke nose into the US election & effectively telling Americans to vote against President Trump is completley unacceptable behaviour for a member of the Royal Family," he tweeted.

Despite the criticism the couple has received for speaking out about the US election, they're not the first royals to break protocal and be vocal about politics.

In 2003, the Queen said it was "vital to the health both of the United Kingdom and of Wales that our democratic institutions flourish and adapt" after a low voter turnout in Wales, as per The Times.

"I share your concerns that we must encourage all our people to exercise their right to vote. This is a real challenge now before us all," the monarch added.

Prince William also asked sheep farmers if they were concerned about Brexit during a visit to the Lake District in the north of England with Kate Middleton last year.

Celebrities
Hatice Cengiz seeks to hold Saudi officials liable for Khashoggi’s October 2018 murder YouTube Hatice Cengiz, the fiancée of slain...
Lifestyle
Christmas dinner is one of the trickiest meals to prepare. There are so many different elements to think about –...
TV & Movies
More than one year has passed since Euphoria had viewers sinking with Rue into pool of emotions with the season...
World News
Britain DIVIDED: From two pubs in same village split by different lockdowns to golf course with 15 holes in England...
Beauty
Ruby Rose's latest hair transformation also happens to be her boldest. On Friday, the actress took to Instagram to debut...
Fashion
A BRIDE has been branded ‘trashy’ for trying to force her wedding guests to hand over £30,000 to pay for...
Recent Posts
We and our partners use cookies on this site to improve our service, perform analytics, personalize advertising, measure advertising performance, and remember website preferences.Ok