Princess Diana’s Panorama interview in 1995 changed the British royal family forever. She didn’t follow Queen Elizabeth II’s supposed “never complain, never explain” policy. Instead, she shared her own experience with the world. Her son, Prince William, Duke of Cambridge, reacted with tears. “The Firm” came under fire and Diana eventually left the royal family for good.

Although Diana’s Panorama remains a major moment in royal history, she wasn’t the first member of the royal family to go on Panorama. Diana’s father-in-law, Prince Philip, Duke of Edinburgh, sat down for an interview on the BBC program more than 30 years before her.

Prince Philip made history on ‘Panorama’ in 1961 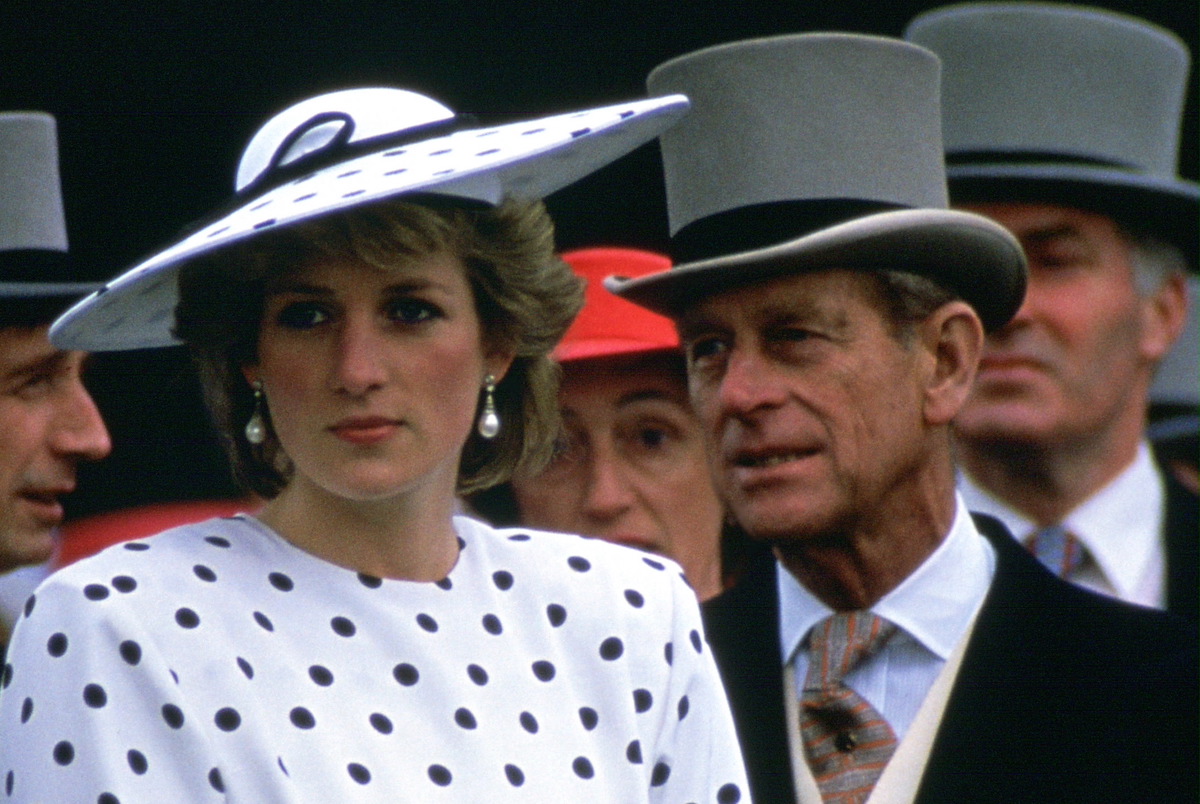 The Duke of Edinburgh made history on May 29, 1961. According to BBC, he became the first royal to give a TV interview when he went on Panorama. What did he talk about? Nothing close to what Diana discussed during her own Panorama interview.

Philip went on the program to highlight Commonwealth Technical Training Week. At the time, he served as patron of the event. The Duke of Edinburgh spoke about the importance of training skilled workers in a brief segment. Up to that point, the public hadn’t seen much of Philip outside of formal occasions.

Seven years later, the BBC would get more footage of the royal family. A camera crew got a glimpse of their personal lives behind palace walls. It would eventually become the 1969 Royal Family documentary. Broadcast only briefly, the queen had the film put in the royal archives only to be played with her permission.

Princess Diana gave a shocking interview on ‘Panorama’ in 1995

Diana didn’t consult with the royal family before agreeing to be on Panorama. She snuck a film crew inside Kensington Palace to record the interview without “The Firm” knowing. At the time, Diana had been separated from her husband, Prince Charles, for about three years.

According to BBC News, 23 million people tuned in on Nov. 30, 1995, to watch Diana’s Panorama interview. The contents proved to be shocking. Diana didn’t hold back during her conversation with journalist, Martin Bashir.

A then-35-year-old Diana discussed her children and her personal experiences with bulimia, depression, and self-harm, as well as her marriage to Prince Charles, and her own infidelity.

It remains Diana’s most famous interview. She memorably commented on her husband’s affair with the now-Camilla, Duchess of Cornwall, saying, “Well, there were three of us in this marriage, so it was a bit crowded.” Diana also touched on how she felt about Charles becoming king.

Ultimately, the interview ended Diana’s relationship with a number of her relatives. Princess Margaret, Countess of Snowdon, was supposedly furious. The queen was so upset she wrote Diana a letter demanding she and Charles get a divorce.