“They’re a big part of our desire for the future,” the “Quantico” actress said in a Vanity Fair cover story published Thursday. “By God’s grace, when it happens, it happens.”

Chopra, 39, and Jonas, 29, have been married for three years, but have no children of their own yet.

Lately, the Hollywood power couple have been staying busy with numerous projects. Chopra recently starred in the latest “Matrix” movie, while her husband has been touring with his band, The Jonas Brothers.

In March 2020, the Bollywood star said that although she had a “packed” schedule, having a family is “very important” to her.

“It is something that I definitely want to do and I’m hoping that whenever God wills it, at the right, opportune time, it’ll happen,” she told Tatler magazine at the time, expressing a similar sentiment to what she told Vanity Fair.

But despite Chopra and Jonas’ hectic lives, the “Baywatch” star clarified in her new interview, “No, we’re not too busy to practice,” alluding to the pair’s steamy sex life.

When asked whether they are both willing to slow down to focus on parenthood, she responded, “I’m OK with that. We’re both OK with that.” 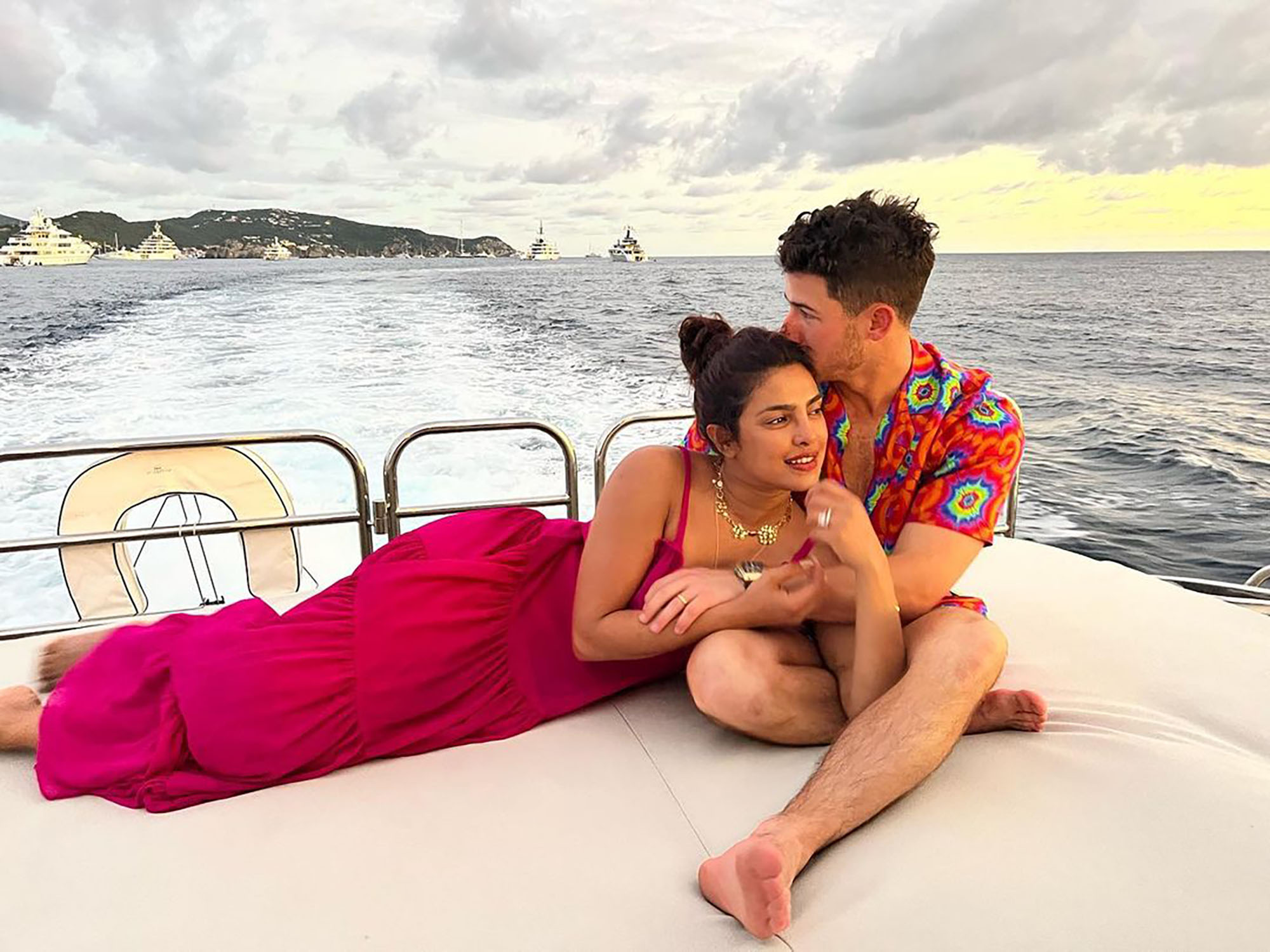 Chopra said she feels like she is “at a precipice of reinvention.”

“What is the new me? I’m very excited about the future,” she added. “I’m terrified of it too. Change is always scary. But I’ve done it multiple times in my life.”

In late 2021, there was speculation that Chopra and Jonas were experiencing marital trouble after Chopra removed her husband’s last name from her Instagram bio.

However, the Indian-born actress swiftly shut down the rumor mill by leaving a flirty comment on one of his workout videos, writing, “Damn! I just died in your arms…”

Chopra and Jonas began dating in May 2018 and were engaged just two months later, with the pop star proposing a day after Chopra’s birthday in Crete, Greece.

The pair wed in a lavish ceremony that combined Hindu and Christian elements at the Umaid Bhawan Palace in December 2018.