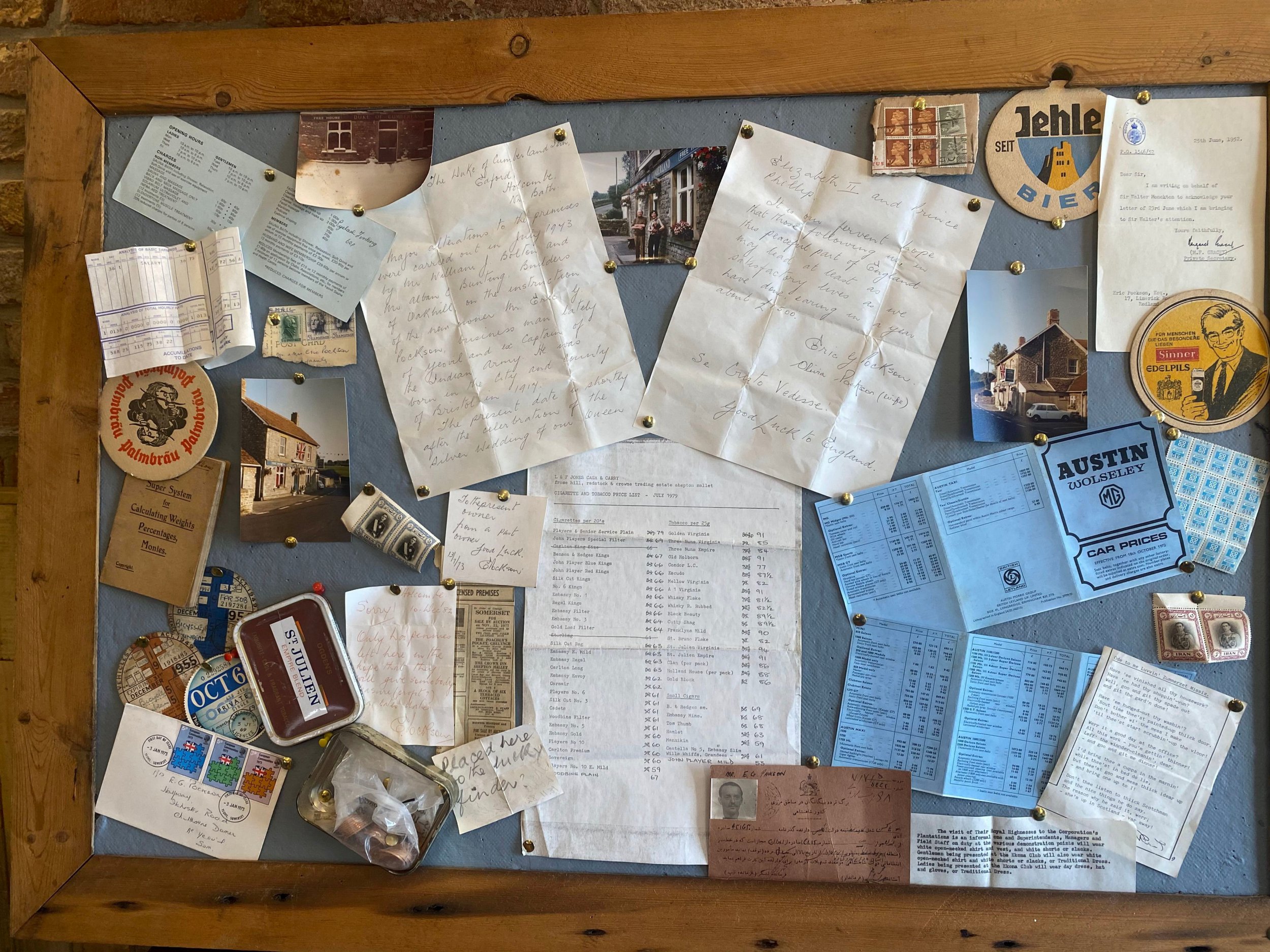 A pub owner has told how they found a 50-year-old time capsule hidden in the venue’s walls during a renovation, filled with memorabilia from days gone by.

Toby Brett, the current owner of Holcombe Farmshop and Kitchen, in Radstock, Somerset, found the capsule and said its was a ‘pleasant surprise’.

There was also a collection of ha’ppenies, old beer mats and car tax discs.

One scrawled note, dated July 13 1973, reads: ‘To the present owner from a past owner, good luck’, and is signed by an E. Pockson – who included some of his own ID cards in the collection.

And a longer letter explains that Mr Pockson had carried out his own ‘major alterations’ to the pub in July 1973, with the help of now defunct property developers, Oakhill Brewery Development.

Toby, 41, who has owned the pub for the past 11 years, said: ‘It was certainly a surprise to find it. It was a really pleasant find, there’s some really interesting stuff in there.

‘It was quite funny to see the price list from 1971 for Wadworth Brewery, which is a brewery we still use today. It’s definitely changed a bit since then.

‘There’s a couple of pounds worth of ha’pennies in there too – and the previous landlord had written a note saying, “Sorry it’s only ha’pennies”.

‘I like that he had clearly given some thought as to it being found in the future, and who might find it. It’s nice that someone had the foresight to do that.’

Toby has now displayed the historic collection on a mounted board in the pub and farmshop, for customers to see when they visit.

And he has had some of the ha’penny coins embedded in see-through resin and placed within the floor, so that customers can literally walk over them.

Toby has recently renovated the building, which dates back to the 1800s, so that it is not just a village pub, but also incorporates a farm shop and deli, where people can buy local produce.

He said: ‘I felt there was demand for us to sell other things rather than just alcohol and pub food.

‘It was important to me to keep the village pub as the hub of the community – but I also wanted to offer something to other locals, too.

‘So now we’ve changed the whole look and feel of the place, and as well as the pub we have an open cafe space, with offerings from local butchers and other local produce.’

Get in touch at [email protected]