Pretty in pink! Queen Letizia of Spain cuts an elegant figure in a blush blazer dress as she joins King Felipe for ceremony marking Armed Forces Day in Madrid

The Spanish royal, 48, donned a blush pink blazer dress with a pair of fuschia heels and a matching clutch bag as she stood alongside King Felipe for the event in the city this morning.

The couple donned sanitary masks in keeping with coronavirus regulations in Spain while attending the event. 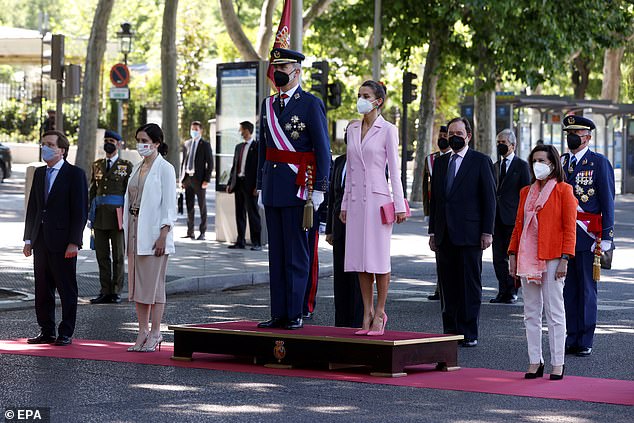 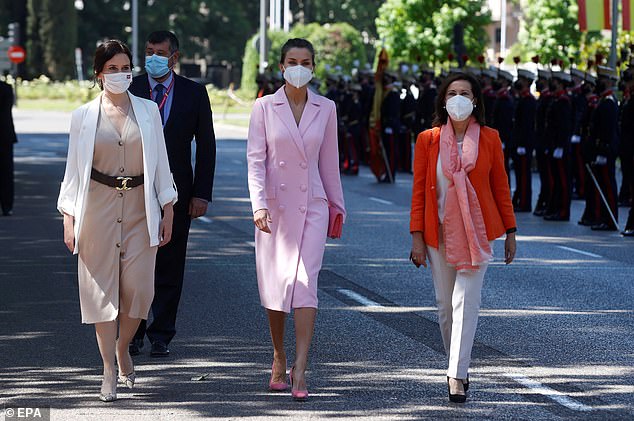 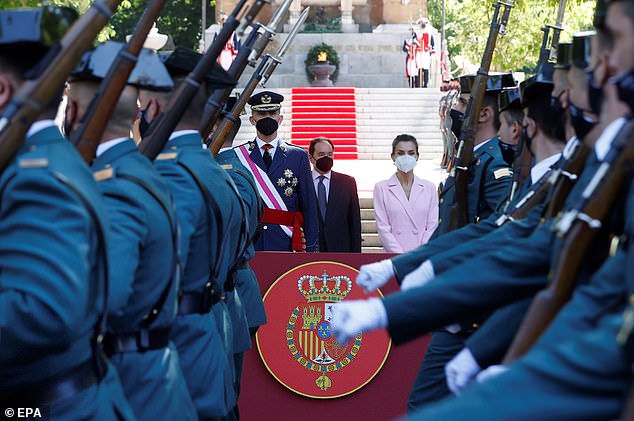 The typically stylish royal opted for subtle makeup, adding just a dash of blusher on her cheeks to complement her natural glow.

It comes amid a busy period for the royal, who yesterday joined the rest of her family to attend her daughter Leonor’s confirmation.

The young Princess, 15, who is a student at Santa Maria de los Rosales school, opted for a royal blue dress which she coordinated with a pair of nude beige pumps, and wore a navy mask in keeping with coronavirus regulations. 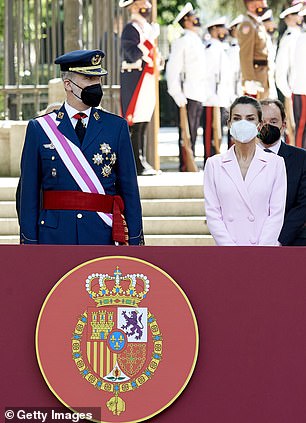 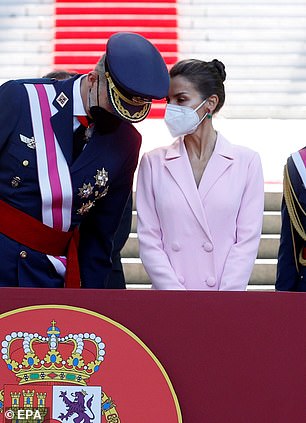 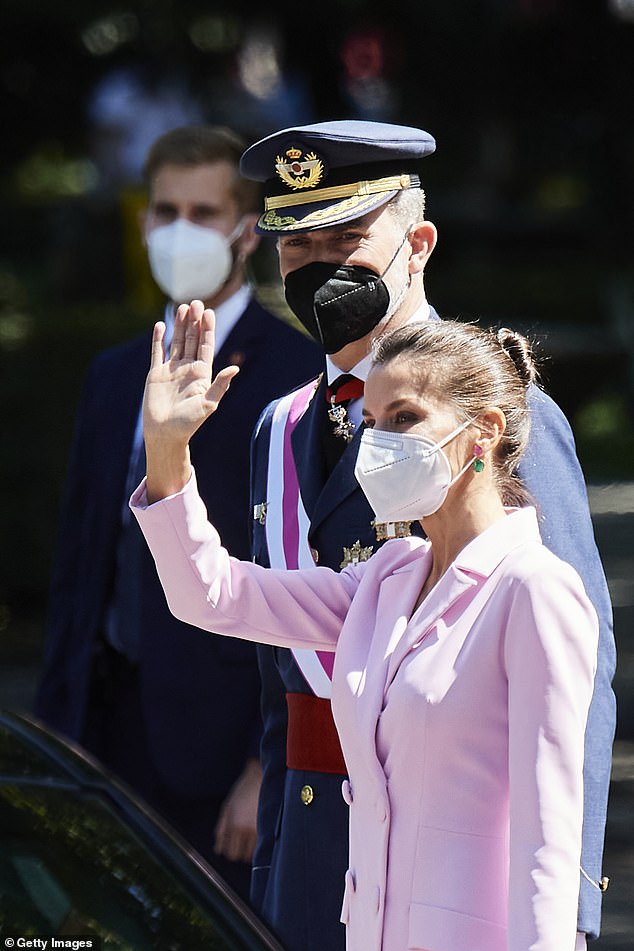 The royal, who was joined by her sister Princess Sofia and parents, King Felipe and Queen Letizia, was confirmed at the Parroquia de la Asunción de Nuestra Señora de Aravaca, which is the same church where she made her First Communion in 2015.

The teen, who turns 16 in October, will study at the renowned UWC Atlantic College, based at the 12th century St Donat’s Castle in Wales, from September.

Princess Leonor wore her shoulder-length blonde locks loose, and opted for no jewellery, while her younger sister, Infanta Sofía, 13, opted for a floral dress and wore her hair in loose curls which cascaded past her shoulders. 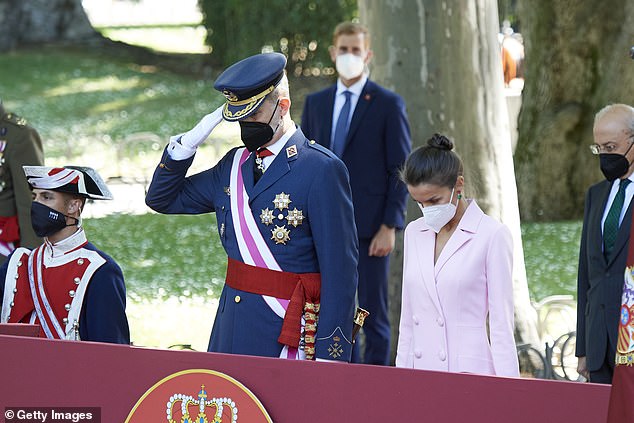 At one stage, the royal couple bowed their heads during the ceremony, while King Felipe gave a salute 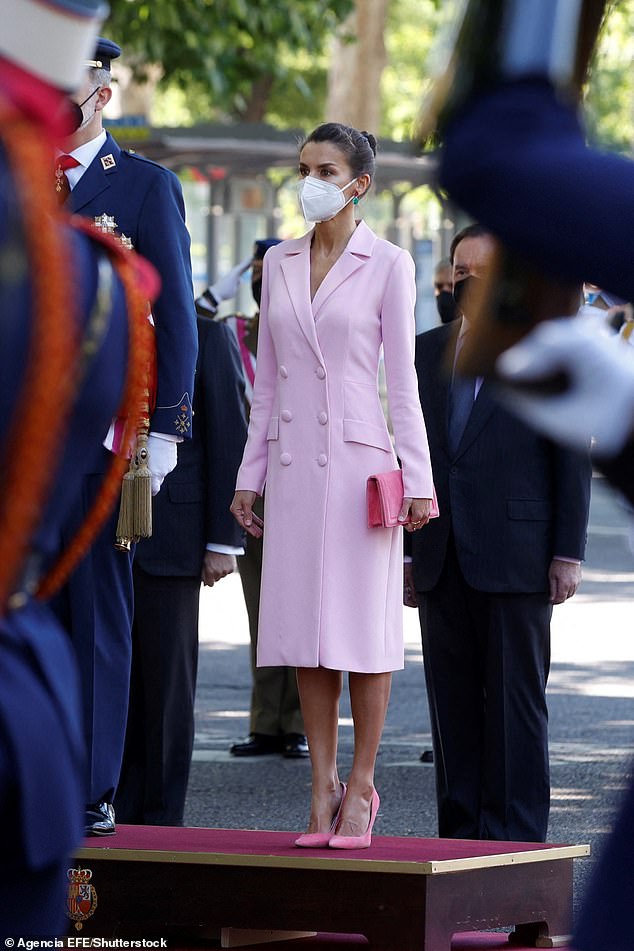 Queen Letizia opted for a pink ensemble for the occasion, matching her heels with a pretty clutch bag 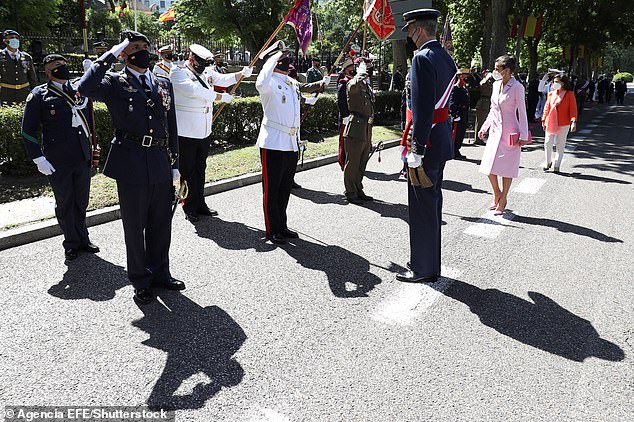 And days ago, the royal chaired an event reflecting on female leadership in the workplace in Madrid.

She opted for a recycled Hugo Boss dress for the meeting of the Spanish Federation of Businesswomen, which she first wore in 2019 during an event which marked Rare Diseases World Day. 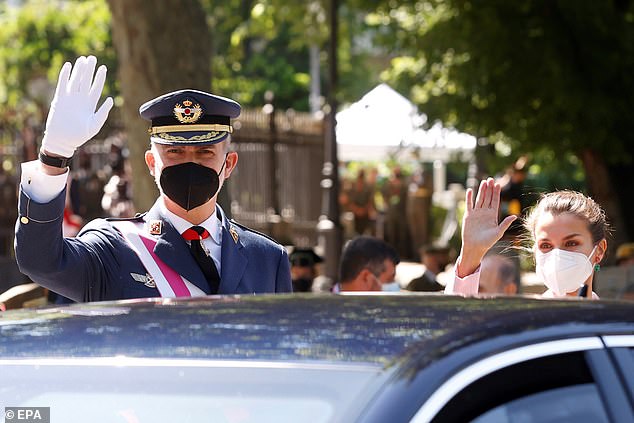 King Felipe VI’s wife, who is the honourary president of the Federation, paired the favoured frock with black and white stiletto heels and added a white cross body bag, which she hung from her left shoulder.

The event aimed to encourage female leadership in business and discuss ways to end gender discrimination at work.

Letizia banked on the recycled look to make an impression as she arrived at ESADE Auditorium in Madrid.

The dress featured an asymmetrical neckline and a thin black belt which cinched the royal in at the waist.