The circulated 50p is estimated to be worth around £171 on the auction site, according to Coin Hunter, but this particular coin ended up selling for almost £80 more. 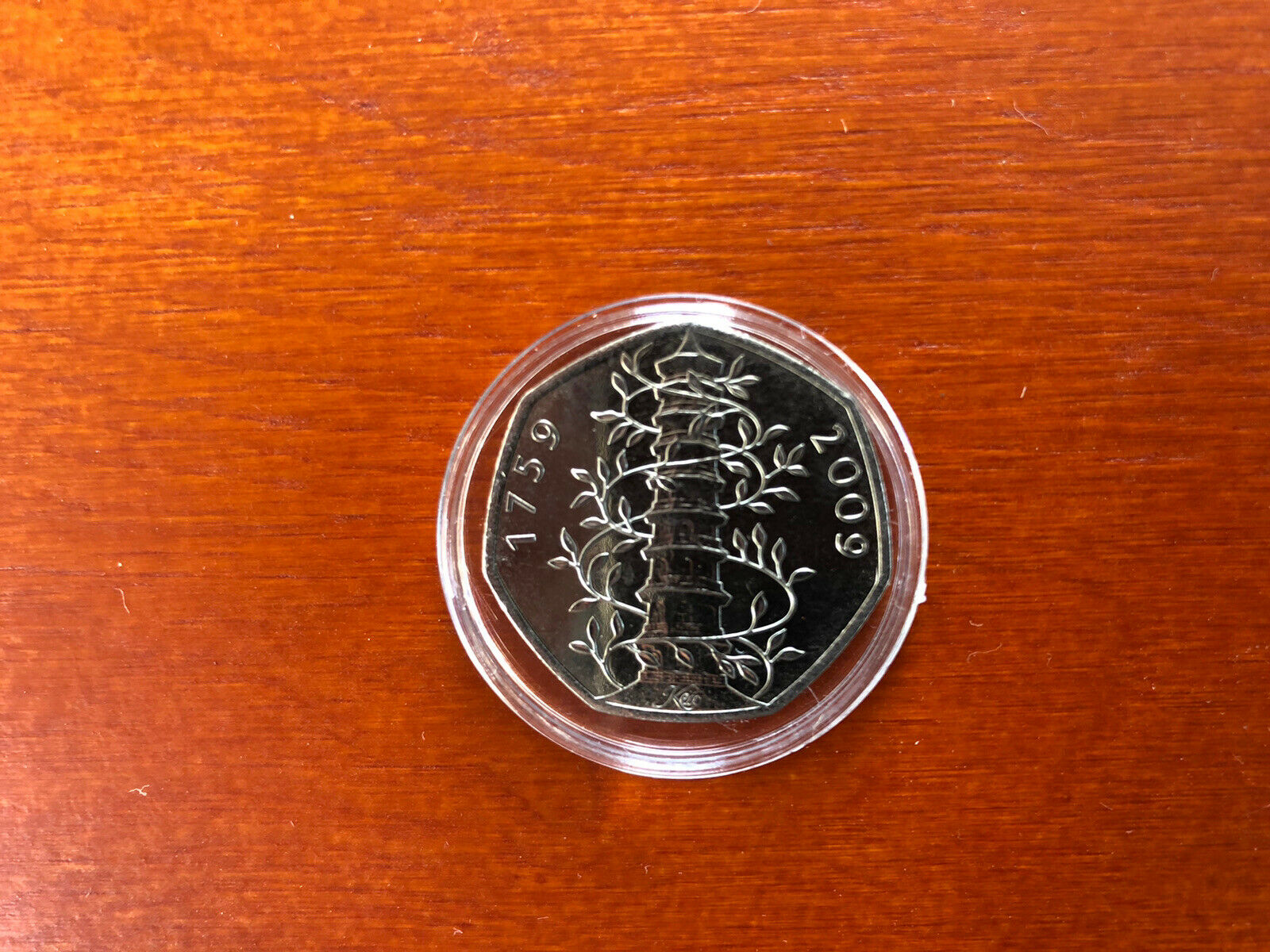 The most we've seen it sell for is £230 back in mid-August this year, so this latest sale really is topping the charts.

The commemorative coin is one of only 210,000 to be made and released into circulation making it the rarest design out there.

To put it in perspective, the sought after Mrs Tiggy-Winkle 50p from the Beatrix Potter collection was released with a mintage of 8.8million.

Meanwhile, more than 17million of the Samuel Johnson dictionary 50p coins were entered into circulation. 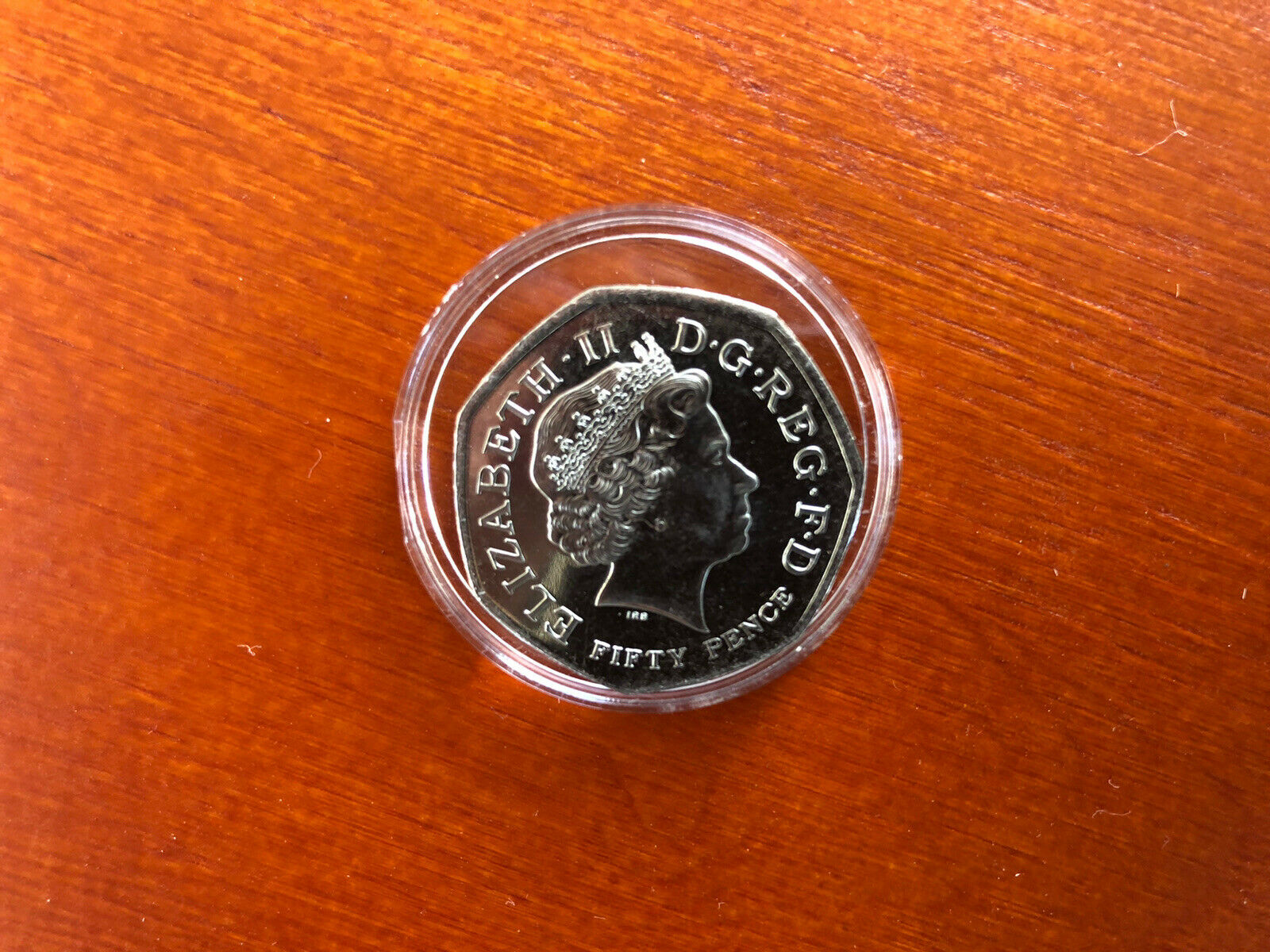 The Kew Gardens coin has topped ChangeChecker's scarcity index for the past few years.

The low mintage makes it a must-have among collectors who are likely to pay over the odds to get their hands on one.

The seller described this coin as being in a "very good condition" despite being circulated, which can be backed up by the clear photographs.

To protect the coin, the seller has also kept it in a clear casing to stop it from getting damaged.

Typically, coins in the best conditions sell for more as many collectors like them to be in a near-mint state.

It is also dated 2009, which is important to double check if you're thinking of selling your Kew Gardens coin.

The Royal Mint released a second batch of the coins dated 2019 to mark 50 years of the 50p, but these aren't worth as much.

These uncirculated versions of the coins tend to sell for around £75 on eBay.

The seller set the auction to last for seven days and started the bids at 1p.

The dangers of selling your coins on eBay

THE most valuable coins are usually those that have low mintage numbers or those with an error.

These are often deemed the most valuable by collectors.

Once you’ve found out whether the coin is real or not, you have a number of options – either selling it through a coin dealer, at auction or on eBay.

Sell it at auction

If you’ve got a coin that you would like to sell at auction then you can contact a member of the British Numismatic Trade Association.

They usually deal in very old coins but they may be able to help you assess whether it’s worth selling your coin at auction or whether it would be valuable to a collector.

Sell it on eBay

If you want to sell the coin you’ve found in your spare change on eBay then you need to know the risks.

Remember to set a minimum price that is higher or at the very least equal to the face value of the coin.

Even if your coin “sells” on eBay for a high price there’s no guarantee that the buyer will cough up.

In its terms and conditions, the auction website states that bidders enter a “legally binding contract to purchase an item”, but there’s no way to enforce this rule in reality.

The most eBay can do is add a note to the buyer's account about the unpaid item or remove their ability to bid and buy.

This is because in order to sign up to the website, users do not need to put in valid bank or PayPal details before making a bid.

If a bidder refuses to pay, then the only option for sellers is to give “second chance offers” to other bidders or relist the item.

For items of a high value, eBay recommends that sellers put a limit on their listing to approve bidders.

It means bidders must email you before placing a bid but NOT that they must pay out the cash if they win.

Of course, we can't be sure that the seller ever received the cash but it hasn't been relisted, which indicates that the sale was likely to be legitimate.

If you've got one of the coins at home and you're thinking of selling it, you should consider getting it verified by the Royal Mint as it could push up the price even more.

They won't be able to value it for you but they can provide you with a letter to confirm that it is legitimate.

To find out how much it's worth, you can send it off to be valued by an auction house, for example, Chards.

Or you can check to see how much they sell for on eBay by looking at the sold listings to give you a realistic idea of what yours is worth.

Also remember to factor in listing fees before deciding whether to sell the coin.

The Royal Mint is to release a Winnie the Pooh 50p coin that could be worth up to £500.

Recently we reported how coin collectors have been left fuming after their £55 commemorative coins turned brown making them "worthless".