The Reserve Bank has held official interest rates steady and remained committed to its gradual wind back of its quantitative easing program as it waits on large parts of the economy to re-open from COVID-19 lockdown.

At its regular monthly meeting today, the RBA board held the official cash rate at 0.1 per cent where it has been since November last year. The decision was in line with market expectations and forecasts from economists. 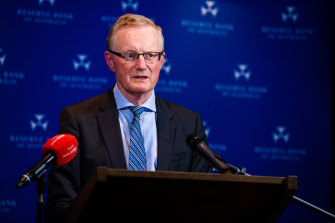 It also stuck with its decision to wind down purchases of government bonds to $4 billion a week, holding them at that rate until at least mid-February next year.

The decision came after the latest ANZ measure of job advertisements fell by 2.8 per cent in September, the third consecutive monthly drop.

Since lockdowns started in NSW, job ads have dropped by 6.8 per cent. Despite the fall, they are still up by almost 61 per cent on September last year.

Senior ANZ economist Catherine Birch said falls in employment so far have been concentrated in NSW but there was likely to be a drop in Victoria.

The youngest workers and those in the lowest-paying jobs were taking the biggest hit from the lockdown, but Ms Birch said once the economy re-opened there would be a strong recovery.

“As NSW and Victoria progressively reopen through the December quarter, we expect ANZ job ads, employment and hours worked to rebound and underemployment to drop, in line with the recovery in labour demand and broader economic activity,” she said.

“But we think measured unemployment is unlikely to peak until after restrictions have eased, as it did last year.”