Roland Mouret is back and (whisper it) almost affordable: He’s the man behind the iconic Galaxy dress — and broke A-list hearts when he went bust in the pandemic…

Anyone who has walked it knows the red carpet can be as unforgiving as it is glamorous. Especially for older women, this doesn’t simply mean wearing a dress that looks good; it has to feel good, too.

It has to fit in a way that flatters, bestowing the confidence to face a barrage of flashbulbs and fashion critics who may judge her more harshly than her competitive younger peers.

She doesn’t simply need a dress. She needs armour.

For many years, the chief armourer to the A-list was Roland Mouret, the French-born, British-based designer whose feminine, structured dresses were simultaneously provocative and protective. His iconic knee-length, cap-sleeved Galaxy dress, launched in 2005, was so flattering that wearers declared it ‘better than surgery’. 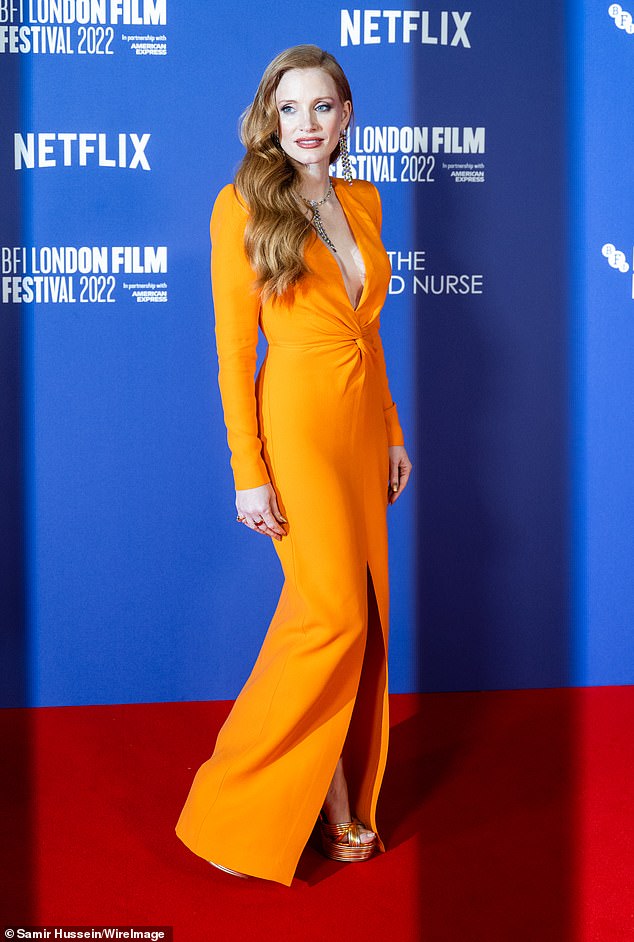 Jessica Chastain (pictured), Kate Hudson and Lupita Nyong’o have all chosen to wear Mouret’s dresses on the red carpet

But in November 2021, Mouret’s label became one of the more high-profile casualties of the pandemic. With no red carpets to walk, demand for his £1,500-plus gowns dried up. Sales slumped by 80 per cent during the first lockdown, while factories still demanded to be paid. He was forced to call in administrators, shutter his label and let go of more than 50 staff.

But suddenly, Mouret is back with a new collection — and reinvigorated, to judge from the number of stars wearing his designs in recent weeks. Jessica Chastain, Kate Hudson and Lupita Nyong’o have all chosen to wear Mouret’s dresses on the red carpet, while Gal Gadot and Phoebe Waller-Bridge opted for elegant black trousers from his Resort 2023 collection.

The Princess of Wales, a long-time fan, has also stayed loyal. According to Google Trends data, Kate’s black-and-white, off-the-shoulder Mouret gown, worn to the Top Gun premiere last May, was her fourth most searched-for dress of last year. Last week, the Princess attended a daytime reception in a bespoke burgundy Roland Mouret trouser-suit — its second outing in two months. 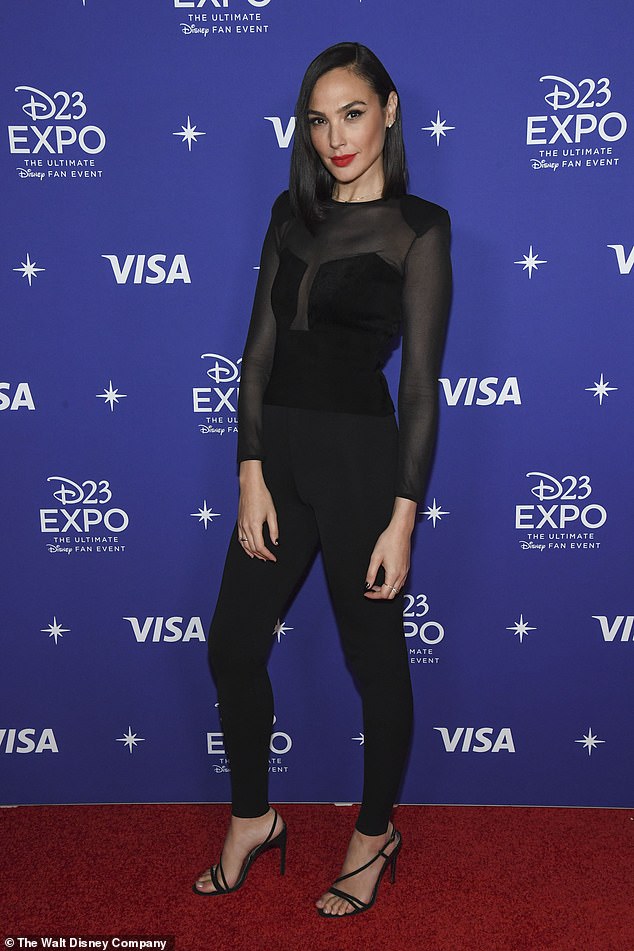 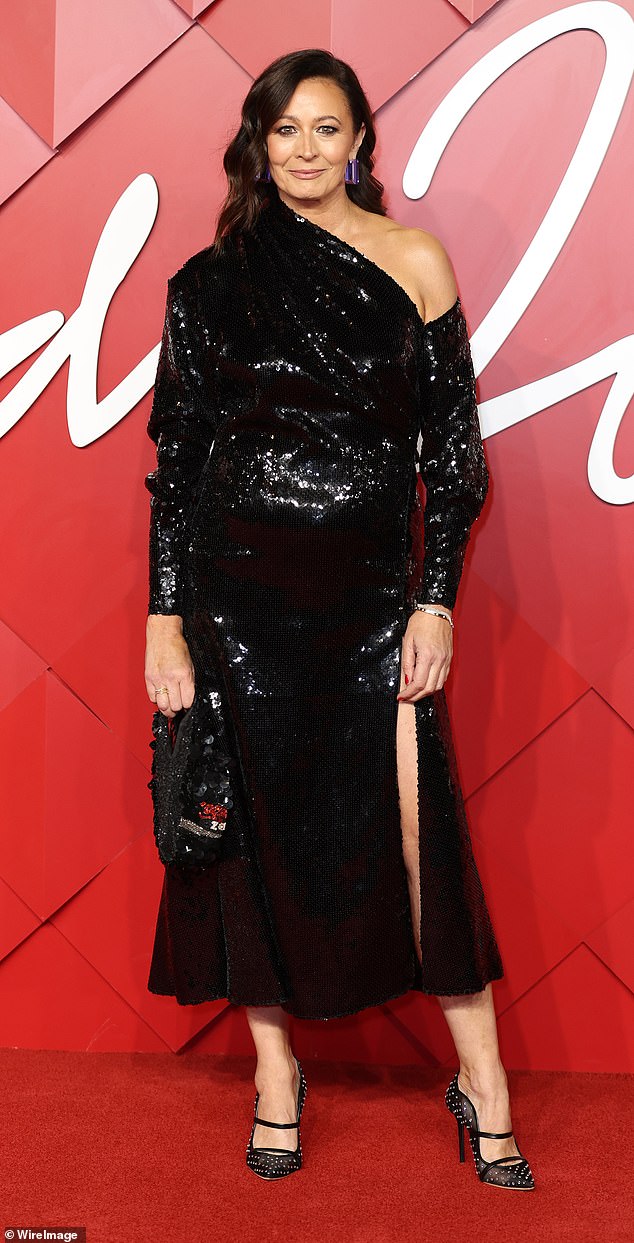 Caroline Rush looks stunning in the glitzy black dress, which adds a touch of glamour with a thigh slit 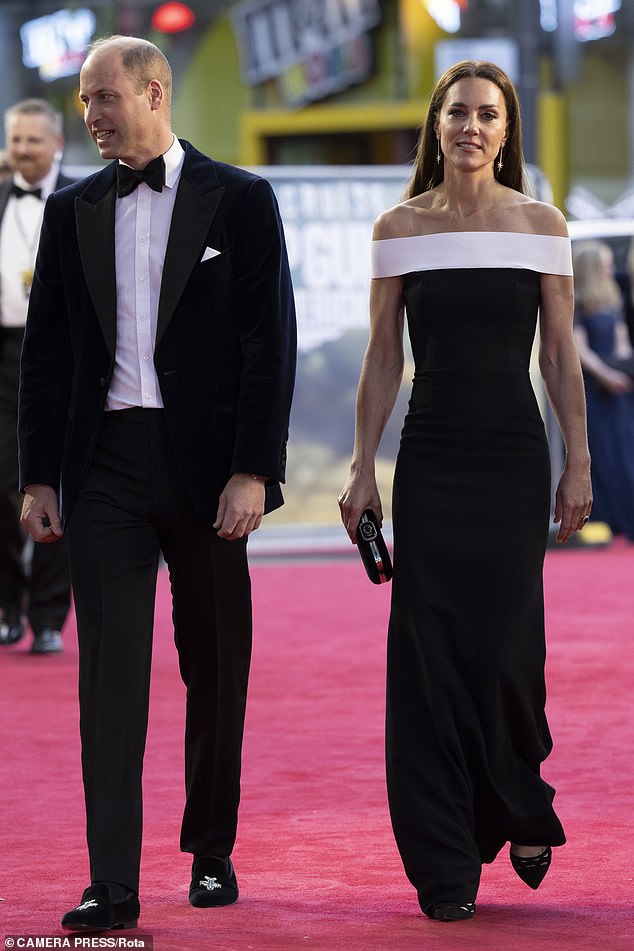 According to Google Trends data, Kate’s black-and-white, off-the-shoulder Mouret gown, worn to the Top Gun premiere last May, was her fourth most searched-for dress of last year

So how has he managed it, and what’s different about the new Roland Mouret? The brand’s salvation has been another very distinctive womenswear designer. Han Chong is the Malaysian-born, London-based founder of Self-Portrait, a label with sales of more than £130 million. He stepped in to buy the Roland Mouret brand, on condition that the designer stayed as creative director.

Speaking to industry bible Womenswear Daily, Mouret said: ‘Together we’re creating our own blueprint. There is beauty in reinvention and starting again.’

He added that the new collection features more ‘movement and draping’, with ‘supple’ lines. ‘It’s as if I’m trying to kill the ‘office dress’.’ While it may not be namechecked on the red carpet, Self-Portrait is well known to well-dressed famous women. Like Mouret, it has staked its reputation on dresses, worn by a younger set of celebrities including Zendaya, Margot Robbie and Phoebe Dynevor.

But where Mouret’s dresses have a defined aesthetic that tends to include block colours, bright hues and origami-style folds, not all Self-Portrait dresses are instantly recognisable. 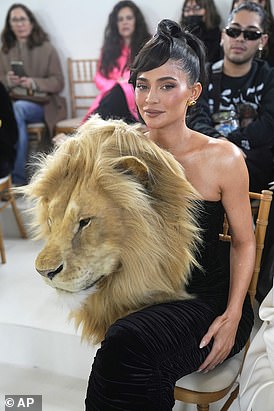 Fabrics range from laser-cut lace to structured boucle, and there are smarter ‘daytime’ dresses as well as eveningwear — which has made it something of a go-to among royals. The Princess of Wales, the Duchess of Sussex and Princesses Beatrice and Eugenie have all been spotted in the brand. Chong, who studied at London’s prestigious Central Saint Martins fashion college, has said he sees Roland Mouret as a ‘big sister’ to Self-Portrait, whose prices — a dress typically costs £300 — place it in the more affordable ‘mid-range’ bracket.

In what is surely good news for Mouret fans, the designer and his new owner have lowered prices, making the Mouret label more accessible than before. While an evening gown will still cost about £1,000, dresses start at £550 for a black chenille knit mini dress, rising to £995 for a floor-length sequin gown. Tops are more affordable still, starting at £295 for a long-sleeved jersey top, while a pair of tailored wool twill trousers are £325.

Lower prices are part of a strategy to appeal to younger customers who love Self-Portrait and want to expand their wardrobes with a storied label such as Roland Mouret. Yet the designer’s established fans may well be wondering how those cuts have been possible at that price — and whether any panache has been lost.

Those who have seen the new collection up close claim the fabric is still high quality, albeit with some dresses constructed more simply. The zips that often snaked up the back of Mouret’s dresses are also gone: in a recent interview, Mouret explained that Chong prefers details to be focused on the front, where their impact is most likely to be maximised in social media images.

Once made in Italy, Mouret’s clothes will now be made in Chong’s factories in China, so costs can be more stringently controlled. And while Mouret will still be stocked by prestigious retailers such as Harrods, Selfridges and Matches, he has also launched a website (rolandmouret.com) that will allow him to sell directly to customers for the first time. It’s a savvy decision that reflects entrepreneur Chong’s influence.

‘I have the infrastructure and resources to help the brand grow,’ Chong told Womenswear Daily, adding: ‘We have to make sure the prices are relevant to how today’s women are shopping.’

Mouret’s relaunch came in a low-key event at last October’s Paris Fashion Week, and is likely to be followed by a similarly quiet unveiling of his next collection in March. Like many designers post-pandemic, he is eschewing catwalk shows in favour of smaller presentations which are less costly and less crowded.

In any case, the true showcase for his wares is the red carpet — and there, it seems, he still has no trouble attracting attention.

What to start saving for 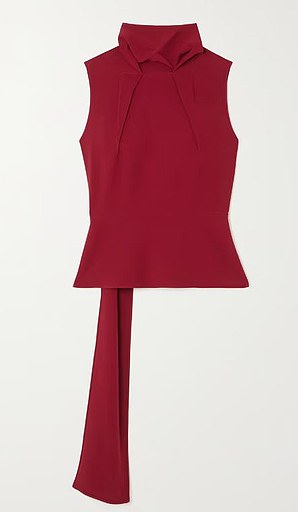 In sale, Roland Mouret at net-a-porter.com

In sale, Roland Mouret at net-a-porter.com 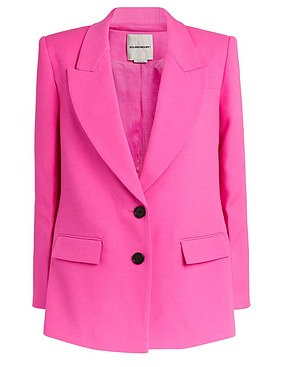 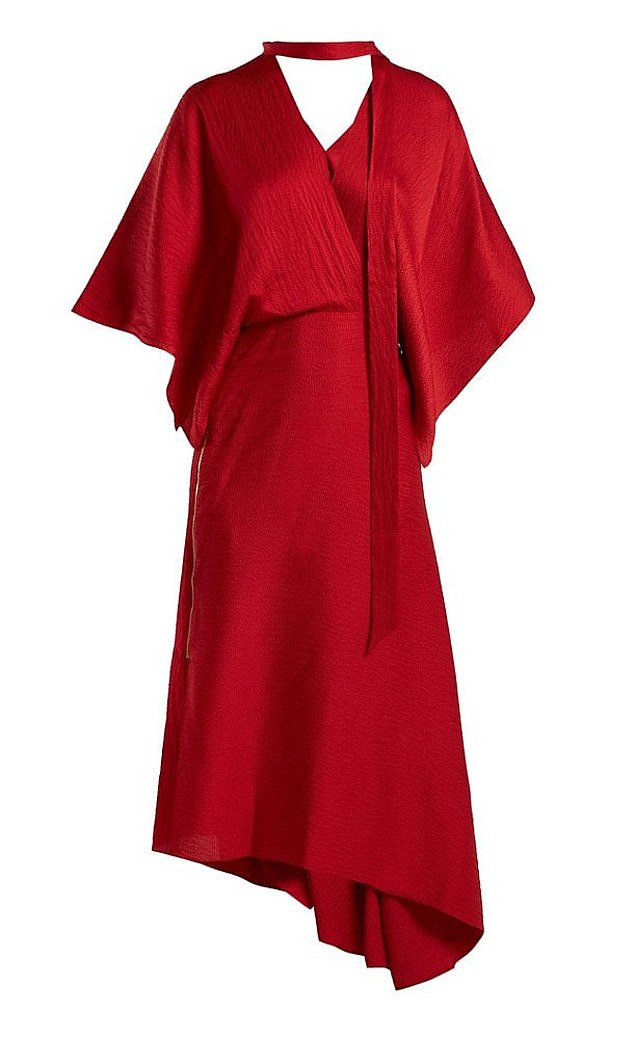