Rudolf von Ribbentrop, an SS officer who shortly before the end of World War II in Europe accompanied his father, Joachim — Nazi Germany’s foreign minister — on a visit to a deluded Adolf Hitler in his bunker in Berlin, died on May 20 in Ratingen, Germany, near Düsseldorf. He was 98.

Mr. von Ribbentrop joined an SS infantry regiment shortly after the war began in 1939, and he went on to serve in military units in Czechoslovakia, France and the Soviet Union. He also served as a tank commander during the Battle of the Bulge.

By early 1945 he was a battalion commander, temporarily quartered in Berlin. His father met him there on Feb. 3 and asked if he would join him with Hitler in the bunker, beneath the Reich Chancellery building, which had been heavily damaged in Allied air raids. He refused, but while he wandered in the ruins of a nearby hotel later that day, he accepted a sentry’s invitation to enter the underground complex.

Mr. von Ribbentrop, then only 23, had known Hitler since childhood and was shocked at his physical deterioration.

“His body was a wreck,” he wrote in “My Father: Joachim von Ribbentrop,” which was first published in German in 2008 and translated into English by Doolie Sloman this year. “His face was gray and puffy, his bearing bent in a way that looked as if he had a hump, holding one uncontrollably shaking hand with the other, his steps a shuffle.”

But Mr. von Ribbentrop found Hitler’s military pronouncements even more unsettling, given his knowledge of how the Allies were crushing the Germans. 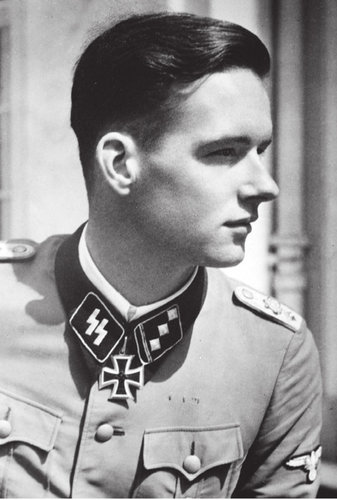 “Here in the bunker, he said to my father and me, ‘This is the turning point, for now a new regiment goes to the front every day,’ ” Mr. von Ribbentrop wrote. “The completely unprofessional statement had no relationship whatsoever to reality.”

For 15 minutes, Mr. von Ribbentrop recalled, he listened silently as Hitler rambled on about how the German Army could fight the Allies to a standstill.

“I realized with absolute certainty that catastrophe was at hand,” he wrote, adding that he wondered how, after this disturbing visit, he could continue to motivate his men.

On April 30, Hitler committed suicide in the bunker; in early May, the Germans surrendered. Mr. von Ribbentrop handed himself over to American troops south of the Danube River and was sent to a succession of prisons and camps for three years before being released from a French military prison in 1948.

His father was convicted of war crimes at the Nuremberg trials and was one of 10 Nazis hanged on Oct. 16, 1946.

In his book, Mr. von Ribbentrop wrote that he and his father had anticipated the guilty verdict, and that the court “had been so structured as to make unequivocally sure that the process taken was directed to capital punishment.”

Rudolf von Ribbentrop was born on May 11, 1921, in Wiesbaden, one of five children of Joachim and Anneliese (Henkell) von Ribbentrop. His mother was the daughter of a prominent producer of sparkling wine; his father was a salesman for the company before becoming a foreign-policy adviser to Hitler, who named him Germany’s ambassador to Britain in 1936. 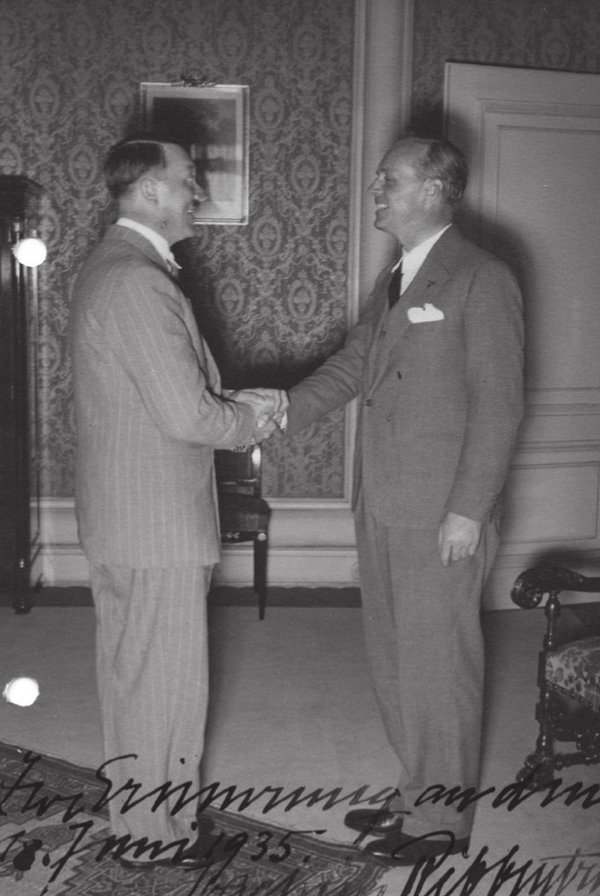 For the next year, Rudolf attended the Westminster School in London, where he wore a class uniform of morning coat and top hat. One of his classmates, Peter Ustinov, later a prominent actor, writer and director, wrote in his 1977 memoir, “Dear Me,” that Mr. von Ribbentrop arrived each morning “dressed like the rest of us but with the Nazi party youth badge — swastika, eagle and all — prominently and incongruously displayed in his lapel.”

In 1937 he returned to Germany, where he attended school for the next two years until joining the Waffen SS.

His father was named foreign minister in 1938 and a year later negotiated the nonaggression pact with the Soviet Union, which facilitated Germany’s invasion of Poland without concern about the Soviets intervening.

During his military career, Rudolf von Ribbentrop was wounded several times and was awarded the Iron Cross, Second Class, among other honors.

After his release from prison, he tried to enter the family liquor business, but some relatives felt his name would be a liability. His mother went to court, and the company was ordered to employ Mr. von Ribbentrop as a manager but was given four years to put him to work. The Associated Press reported that the company had offered Mr. von Ribbentrop’s mother $100,000 to drop the suit.

Mr. von Ribbentrop wrote in his book that he ultimately chose not to enter the family business and went to work as a banker.

His survivors include a sister, Ursula Painvin, and a brother, Adolf.