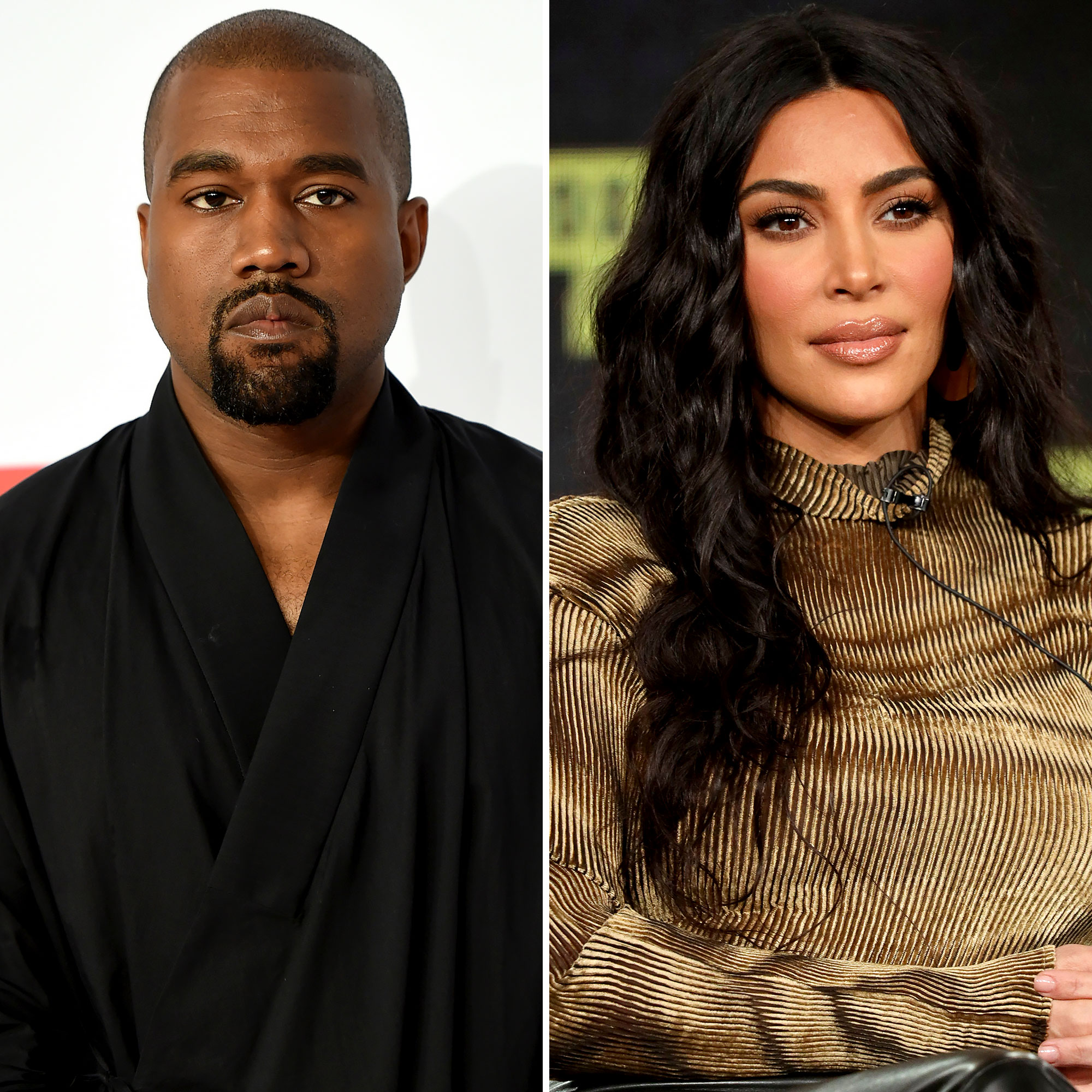 A case of sabotage? Kanye West accused a member of Kim Kardashian’s law school team of being a “plant” used to purposely derail her success as a lawyer.

During the Friday, November 12, episode of Revolt’s “Drunk Champs,” West, 44, recalled a conversation he overheard between one of Kardashian’s legal trainers and a client. During the conversation, the lawyer allegedly “started making bad suggestions,” which was when West said he knew they weren’t really there to help his estranged wife, 41.

“I was like, ‘Man this dude’s an idiot,’” West explained on Friday. “They got an idiot training my wife. She[‘s] gonna fail the bar the third time.”

The Yeezy designer further claimed that the reason the Keeping Up With the Kardashians alum has yet to pass the bar — she took the baby bar for a third time in July — is because the powers that be don’t want her to be able to make a difference.

Has Kim Kardashian Passed the Bar Exam? What We Know

The “Off the Grind” rapper noted that the Skims founder’s efforts to become a lawyer has inspired young girls to take that route as well — and according to West, that causes a problem for those trying to keep women to specific professions.

“There’s people that don’t want her to affect these women in that way. They want her to affect them in that other way [and not push legal careers],” West continued, alleging that Kardashian’s failed tests are as result of sabotage. “They could put a lawyer [with her] that give you all the right things and just enough wrong things that you miss your test by this much. [And they’ll say,] ‘You’ll get ‘em next time.’”

The musician, who shares North, 8, Saint, 5, Chicago, 3, and Psalm, 2, with Kardashian, revealed that he sees “the smallest thing” in people which is how he was able to hear the man “say this dumbass suggestion.”

He went on to call the law school trainer a “plant,” claiming he’s one of many people in the California native’s ear amid their divorce. West also shared where he and Kardashian stand after the reality star filed for divorce in February after six years of marriage.

“At the end of the day, I ain’t got the paperwork yet,” he said. “I’m gonna come on this joint and try and save my family and keep my family together.”

Kim Kardashian and Pete Davidson’s Rumored Romance: Everything We Know

A week prior, West also pointed out that he and Kardashian are not legally divorced as of now. He revealed during his November 5 appearance on “Drunk Champs” that his kids “want their parents to stay together. I want their parents — I want us to be together.”

West’s recent declarations of love for his estranged spouse come after Kardashian was spotted with Pete Davidson at Knott’s Berry Farm on October 29. The aspiring lawyer and the comedian, 27, have since been seen together on several occasions in New York City, sparking relationship rumors.

A source told Us Weekly earlier this month that West is “not happy” about Kardashian spending so much time with Davidson, whom she kissed right in front of him during a Saturday Night Live sketch on October 9.

The “Jesus Walks” rapper is “trying to stay upbeat and move on with his life” following the awkward SNL moment and Kardashian’s rumored romance but the insider noted that West is “hurting.”

West, for his part, was recently spotted with model Vinetria on November 6 at a Donda Academy basketball game, sparking relationship speculation.