Another carriage ride for Carrie and Big! Sarah Jessica Parker and Chris Noth were spotted on a carriage ride in NYC for a new ‘And Just Like That’ scene, giving off major ‘Sex and the City’ season 4 finale vibes.

Sarah Jessica Parker, 56, and Chris Noth, 66, were all smiles while filming a major Carrie and Big date scene in a horse-drawn carriage in New York City. The scene is from the upcoming Sex and the City revival series, And Just Like That, which will premiere in December 2021. Carrie and Big have a history with romantic carriage rides in Central Park. 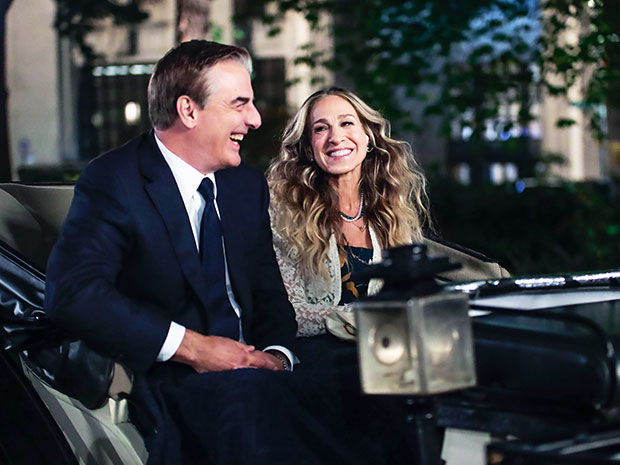 In the original series, Carrie and Big went on a carriage ride in Central Park just before he left for Napa Valley. In the midst of their date in the season 4 finale, Carrie learned that Miranda was giving birth, so Big paid the coachman to take them to the hospital. Their date was cut short for the right reasons.

SJP looked gorgeous for the new scenes in a blue floral dress. She kept warm with a lace sweater over the top. Chris rocked Big’s signature suit. 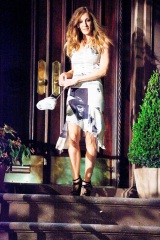 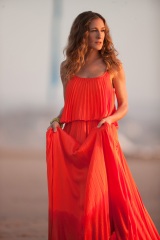 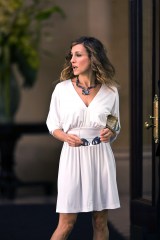 Sarah and Chris snuggled up in their late-night scenes as Carrie and Big. It appears as if this is a happy moment for their characters. However, we still don’t know what this scene means for their relationship and where it happens in the timeline of And Just Like That.

There are tons of rumors going around about the plot of And Just Like That, especially since the show films so openly in New York City. Sarah was spotted kissing new cast member Jon Tenney in a scene that was filmed outside Carrie’s apartment in October 2021. Fans don’t know what to think since Carrie and Big were still married at the end of Sex and the City 2. 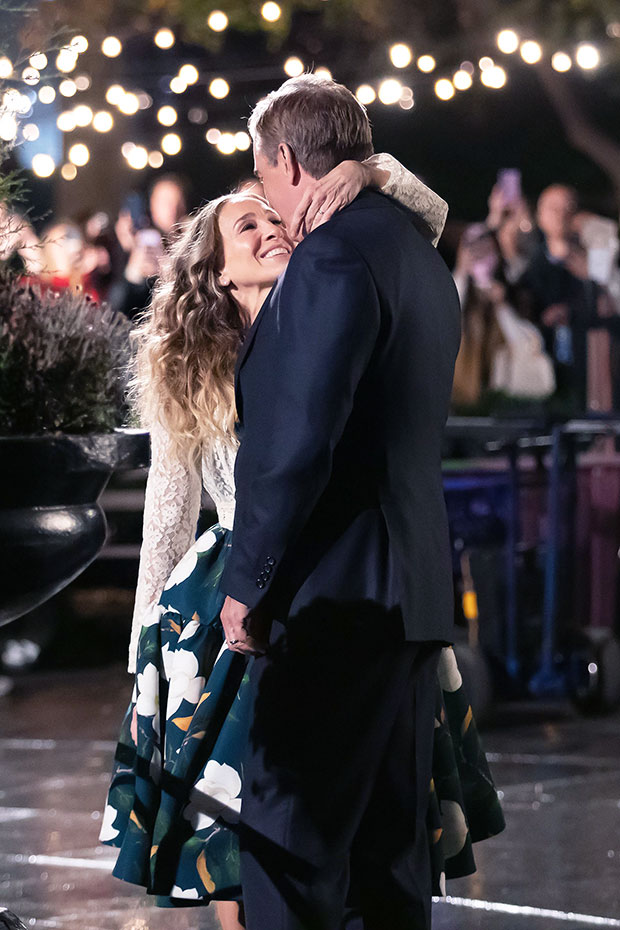 With the exception of Kim Cattrall, so many original cast members are returning for the HBO Max revival. Sarah and Chris will be joined by Kristin Davis, Cynthia Nixon, David Eigenberg, Evan Handler, the late Willie Garson, and more. The show will focus on the lives and friendships of Carrie and her friends as they navigate their 50s.

In her recent Vogue cover story, SJP revealed why it was time to bring the show back. “And we spoke about what we were missing in the pandemic: joy, community, the experience of being together. The world of Carrie and her friends has always been about coming home, and I felt like we needed that right now,” the actress said.