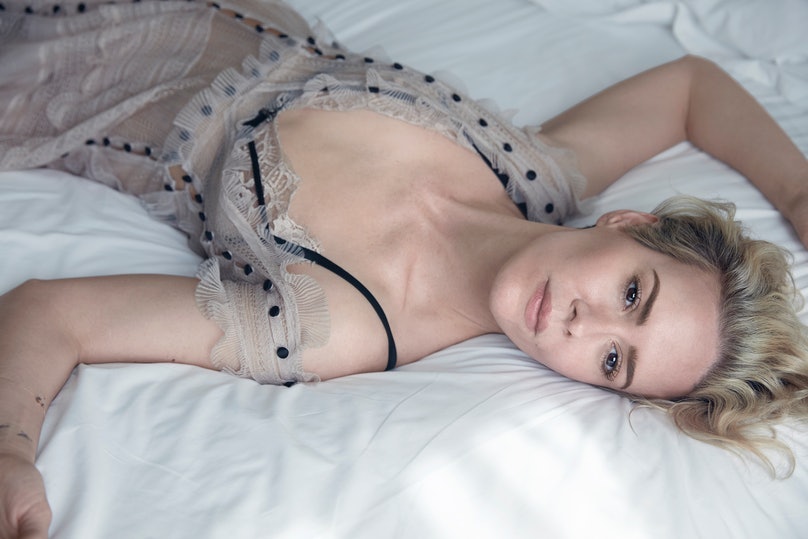 You’d think that at this point, even Sarah Paulson would have lost track of how many seasons of American Horror Story the ever-prolific Ryan Murphy has crafted. But for the creator’s muse, who will soon have starred in nine of the past decade’s 10, one stands apart—though not in a good way. “I was so underwhelmed by the whole experience,” she said of filming the FX anthology series’s sixth season, Roanoke, on a new episode of the Hollywood Reporter’s “Awards Chatter” podcast. “I know people will get mad at me for saying it, but for me, this was post-having played Marcia [Clark, the prosecutor in American Crime Story: The People Vs. O.J. Simpson] and it was what I went to do right after finishing Marcia.”

That ACS role won Paulson a Critics Choice Award, Emmy Award, SAG Award, and Golden Globe. But it was also so fulfilling that Paulson couldn’t bring herself to care about Roanoke “at all.” “I felt like I had entered into a new place inside of myself in terms of what I thought possible, in terms of what I might be willing to see if I can do,” the actor continued. “I felt really kind of trapped by my responsibility and my contractual obligation to do American Horror Story.” The longer it went on, the more things got worse: “As much as it’s my home and I’ve loved it always, it was the first time I felt like I wish I could have gone to Ryan and said, ‘Please let me sit this one out. You know, let me out.’”

It’s a wonder that Paulson returned to the series, most recently in the eighth season, Apocalypse. But reprising the role of the fearsome Miss Wilhelmina Venable was a far cry from juggling three different tragic ones in Roanoke. In the end, Murphy heard Paulson out. She could have sat out the next season, though its plot about the aftermath of the 2016 election proved too good to pass up. And she did end up passing on the one after that, 1984, marking her first-ever absence from AHS.