Every time the Prince of Wales puts his foot in it – something that even his greatest supporters would not deny he occasionally does – it prompts speculation about the Succession.

He’s been King-in-waiting for too long; he’s too old-fashioned and set in his ways; the monarchy needs new blood; why not skip straight to Prince William. And so on.

Luckily for the Prince, he has a secret weapon. Someone who cuts through all the pomp and circumstance, who understands not only the world around him, but also what makes him tick. Someone who knows how to handle his foibles – and who softens his rather stiff persona.

A wise head whose breezy charm and charisma perfectly complement his circumspection. And who will ensure that, whatever happens to the Royal Family over the next few years, he, Charles, will have the courage and confidence of his decisions.

That someone is his wife, the Duchess of Cornwall. Today, she celebrates her 75th birthday in the company of her family, a woman at the absolute peak of her powers. 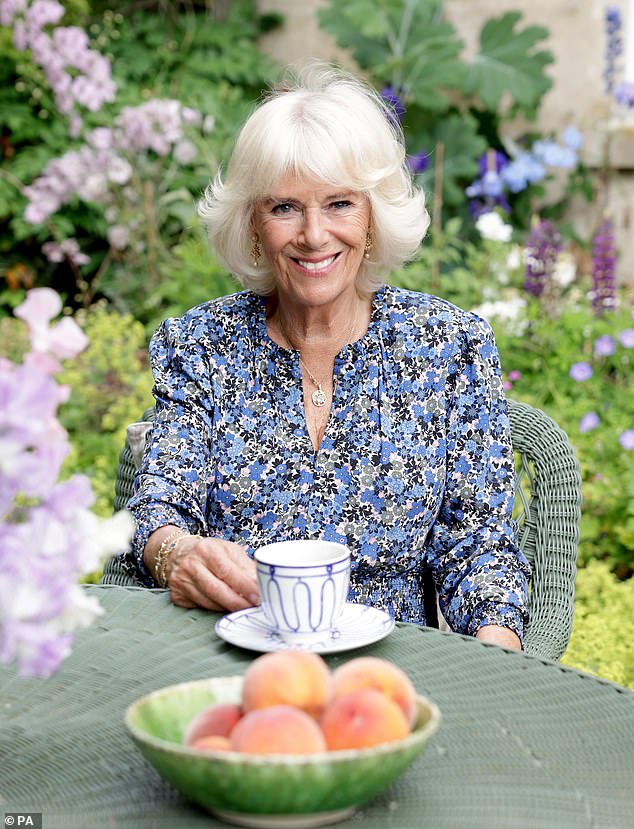 Luckily for the Prince, he has a secret weapon. Someone who cuts through all the pomp and circumstance, who understands not only the world around him, but also what makes him tick. Someone who knows how to handle his foibles – and who softens his rather stiff persona

Over the past 17 years, since she and Prince Charles married in 2005, she has slowly but surely, and with great patience and humility, rebuilt her own story.

From being the wicked Jezebel who destroyed a marriage, a woman reviled by the late Princess Diana’s legions of fans, she has, through sheer hard work, dedication and a quiet sense of duty, recast herself as a Royal consort every bit as crucial to the safeguarding of the royal brand as the late Duke of Edinburgh or the Duchess of Cambridge.

And she has done all this by simply being herself. No spin, no games, no simpering media interviews. Just her straightforward, confident, unapologetic self. Through her openness, her self-deprecating humour, her sense of mischief, undimmed by age, she has finally shown the whole world what Prince Charles always saw in her, and why, ultimately, he could never forsake her.

Her most attractive characteristic is her authenticity. She never tries to be something she’s not, never compromises her values or behaviour for the sake of convenience. And it’s this inability to be anything other than true to herself that is so attractive in her. It’s not just a question of confidence. It’s also, in a world where trust in public figures seems to be at an all-time low, just very refreshing.

Her little joke the other day – where she started a speech with ‘Ladies and Gentlemen, if I’m allowed to call you that’ – perfectly encapsulates that attitude. As does her loathing of mobile phones, and her worries about children seeing stuff they shouldn’t online. At the same time she is not confused by the modern world, or scared of it. She’s perfectly happy to embrace the internet where necessary, such as her ‘reading room’ on Instagram, which boasts 142,000 followers.

She is also not afraid to put in the hours. She must have known, when she married Prince Charles, that she had a mountain to climb in order to rewrite her narrative. And climb it she has, step by step, day in, day out, come rain or shine, good or bad, happy or sad.

That’s something to respect. Unlike the Duchess of Sussex – who demanded the instant adoration of the public and the Royal Family, spouting lofty pronouncements but never underpinning them with concrete action, and running for the hills of California the second the going got even slightly tough – the Duchess of Cornwall stuck in there. If she now sits highly in the estimation of the Queen and the public, it’s because she’s earned it.

What a woman. And what a lucky man Prince Charles is. With Camilla by his side he will, when his time comes, be the best King he can possibly be. I know he knows this, but it bears repeating. Happy birthday, Ma’am. 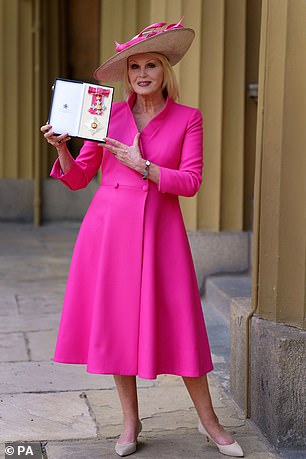 When I read that Joanna Lumley had been made a Dame, I was shocked. I just assumed she already was one!

Joanna’s an icon and a great dame

When I read that Joanna Lumley had been made a Dame, I was shocked. I just assumed she already was one! With so many mediocrities making it on to these honours lists, it beggars belief that someone of her iconic status has had to wait this long.

Admittedly it is very hot, and admittedly we’re not used to this sort of thing in the UK. But do water companies really have to insult our intelligence by telling us not to overfill paddling pools? I think we can work that one out for ourselves. Especially when they spend most of their time filling our rivers and seas with sewage.

Phil a sight for sore eyes

Phillip Schofield delighted his fans by posting a photo of himself with an eye patch, following surgery for ‘incredibly frustrating floaters’.

I feel for the poor fellow. I’ve been blind as a bat all my life, being hopelessly short-sighted (minus 8.0) as well as astigmatic and now, joy of joys, also long-sighted (I didn’t think it was possible to be both at the same time, but it is). Over the years, my Mrs Magoo tendencies have landed me in a fair few scraps. I once jumped into an empty swimming pool, believing it to be full of water.

And the other day, having removed my lenses, I accidentally brushed my teeth with my son’s athlete’s foot cream. Maybe it’s time I finally made that appointment…

So farewell Ivana Trump, bouffant-haired queen of the ‘greed is good’ Eighties. It’s rather poignant that she was on her way to the hairdresser when she fell down the stairs. In death, as in life, always never knowingly under-groomed.

Rarely have I seen anything so embarrassing as the sight of the female Love Island contestants reacting this week to the news that a new ‘hunk’ was about to enter the villa. They ran around in their thongs, turning cartwheels and screeching like baboons on heat. Maybe next time they should just cut to the chase – and get David Attenborough to do the voice-over.

J K Rowling has offered her support to the parents of a severely disabled 16-year-old girl who were told their daughter no longer had the right to same-sex intimate care. That meant she might have to submit to a male member of staff for help with going to the toilet and menstruation. All in the name of diversity. In what world is humiliating a vulnerable young girl in this way – not to mention exposing her to potential abuse – a sign of progress?

Ian Fleming’s 13 rules for life, jotted down in a notebook 60 years ago, reveal much about the man who created James Bond.

Some have a ring of truth, such as ‘Avoid people who call you “Old Boy”, and all politicians.’ Others hark back to a different era: ‘Cut down on your drink when your eyes get red and on your smoking when your breath feels short. Don’t worry about cirrhosis of the liver or cancer.’ My favourite is this pearl of wisdom: ‘Never eat scrambled eggs unless you make them yourself.’ Never was a truer word spoken.

The thing that most struck me about the first of the Tory leadership debates (apart from Krishnan Guru-Murthy’s intergalactic ego) was that the candidates the audience of alleged floating voters most warmed to – Kemi Badenoch and Tom Tugendhat – were the ones with the least support from the parliamentary party. It simply highlights the gaping chasm between what ordinary people think – and what short-sighted, self-interested MPs in Westminster want.