Scott Disick and Amelia Hamlin are taking their love to the high seas.

The “Keeping Up With the Kardashians” star, 38, posted a photo of himself cozying up to his 20-year-old girlfriend on a speedboat over the weekend.

The lovebirds were clad in matching off-white sweatshirts while snuggling under a Hermès blanket.

“Hermès only to swim,” he captioned the snap.

His gal pal — the daughter of Lisa Rinna and Harry Hamlin — commented on the snap with heart and fire emojis.

Disick’s 9-year-old daughter, whom he shares with Kourtney Kardashian, was also on the yacht with the couple.

In a since-expired Instagram Story, Disick bundled up with his daughter in the same Hermès blanket, giving her a kiss on the head. 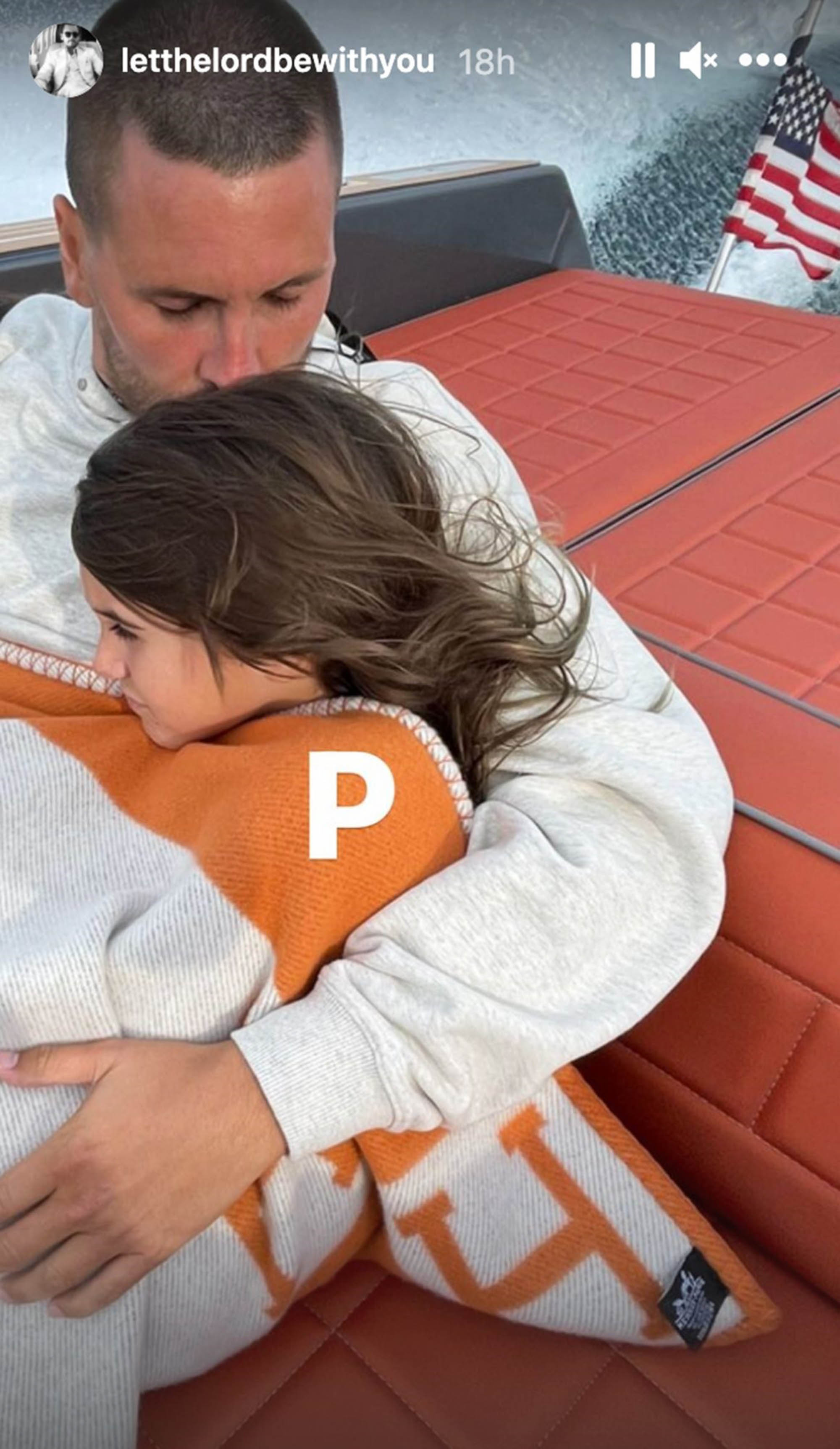 Hamlin has spent plenty of time with Disick’s three children lately. Earlier this month, the made-for-reality TV couple shared photos of themselves spending time with Penelope as well as Disick’s 6-year-old son Reign.

Disick also has a son, Mason, 11, with Kardashian.

Hamlin and Disick were first linked together in October 2020 and became Instagram-official in time for Valentine’s Day 2021.

He previously dated Sofia Richie — who was 16 years younger than him — for nearly three years.

“They happen to be attracted to me because I look young. That’s what I’m telling myself.”

Celebrities
Yay! Finally some really great news! The long feud between Tom DeLonge and Mark Hoppus is now completely over! In fact, Tom...
Lifestyle
COUPLES who stay together get ill together, a study has discovered. They end up with the same health problems which...
TV & Movies
Director and co-writer Maria Schrader takes an unsparing look at algorithm-driven relationships — and we’re all in one Bleecker Street...
World News
Biden’s latest refugee crisis: Situation is 'dire' for 10,000 Afghan evacuees at Ramstein Air Base where 2,000 women are pregnant...
Beauty
Look, we're not stupid, we know that someone who has as substantial worth as Kim Kardashian isn't going to buy...
Fashion
The Ultimate Old Navy Denim Guide Is Right Here, and Our Picks Start at $20 As POPSUGAR editors, we independently...
Recent Posts