Scott Disick was civil with Kourtney Kardashian and Travis Barker at a recent wedding, a source reveals to HollywoodLife, adding that he’s ‘getting used to the idea’ of the couple.

No hard feelings here: Scott Disick kept it cordial with ex-girlfriend Kourtney Kardashian and Travis Barker at the wedding of a mutual friend. The trio attended the nuptials of executive Simon Huck and his longtime partner Phil Riportella in Los Angeles on Nov. 13. Following the festivities, a source has revealed exclusively to HollywoodLife that Scott, 38, was “really polite” to his ex, 42, and her fiancé, 46. 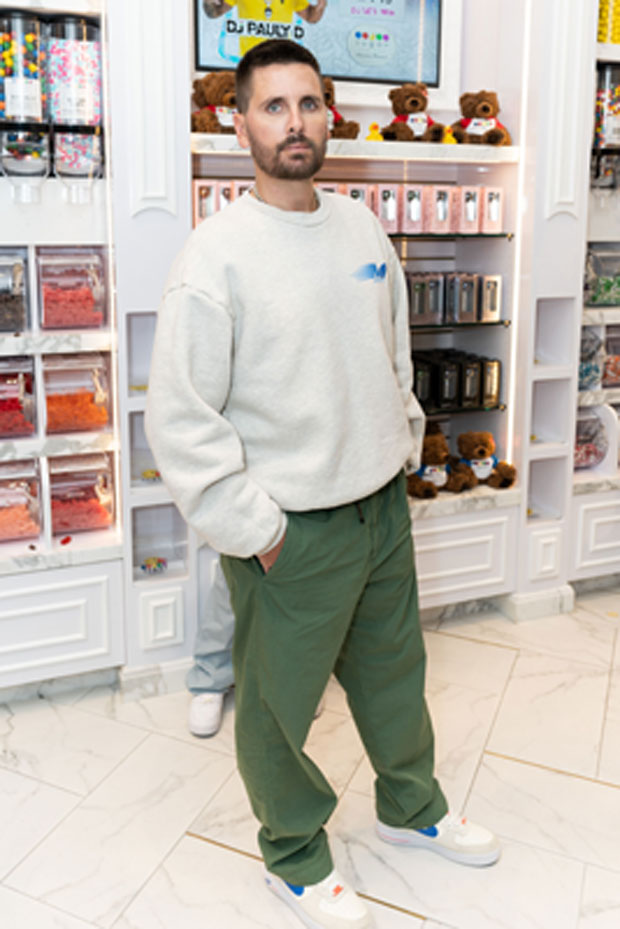 “Scott is getting used to the idea of Kourtney and Travis because he knows that he has to,” the source said. “When Scott ran into Travis and Kourtney at Simon Huck’s wedding, he wasn’t rude or standoffish. He was actually really polite and didn’t try to start any drama or anything like that. He didn’t try to interject himself into their conversation, but he wasn’t impolite and he wasn’t about to make a scene at the wedding.”

The source said that it “wasn’t as awkward” as their first reunion at Kardashian matriarch Kris Jenner’s 66th birthday party on Nov. 5, adding that the run ins “will get easier with time” for Scott. “Seeing how Travis looks at Kourtney and how she is absolutely in love with him, Scott knows that he has to be the bigger man because Travis is now a part of their family, whether Scott likes it or not,” the source explained.

Kourtney Kardashian & Scott Disick: Their Photos Together After Breakup 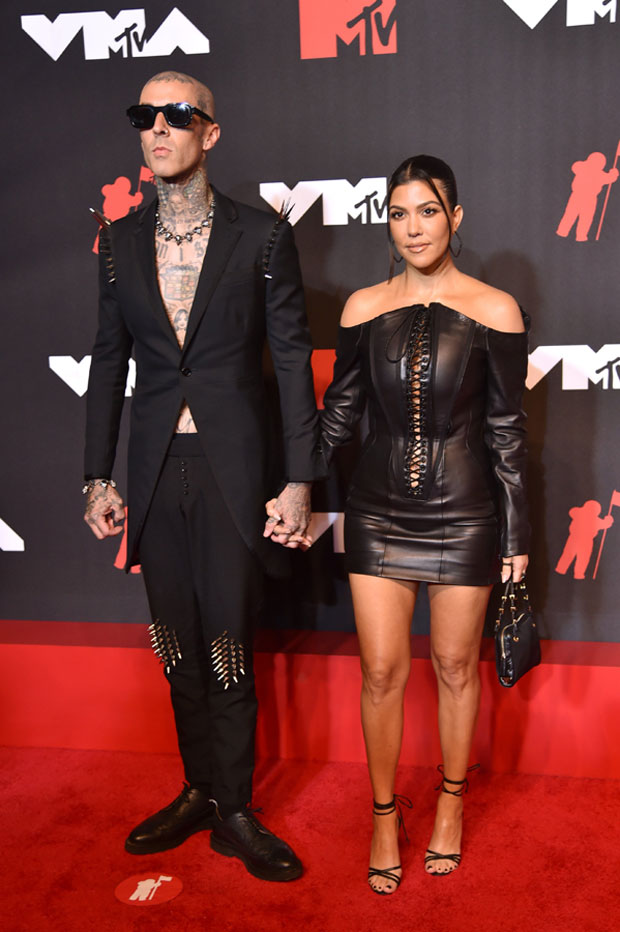 According to the source, the wedding will be included in the family’s upcoming Hulu reality show. (The Kardashian-Jenner family inked a multi-year deal with Disney and the streamer to produce new content in December 2020, six months after Keeping Up With the Kardashians wrapped its 20th and final season on E!) Scott and Kourtney — who share children Penelope, 9, Mason, 11, and Reign, 6, together — apparently exchanged a few words and “cameras were on-hand to capture this,” per the source.

Kourtney and Travis got engaged in October after nearly a year of dating. While the Kardashian-Jenner family, including Kourtney’s three children with Scott, have been “super happy” about the engagement and their “blended family,” a source previously told HL that Scott had been “distancing himself” from the family, as the news was a “bitter pill to swallow.” Per the source, “He feels like Travis is being chosen over him and even though he understands it, it’s still challenging to fully accept.”