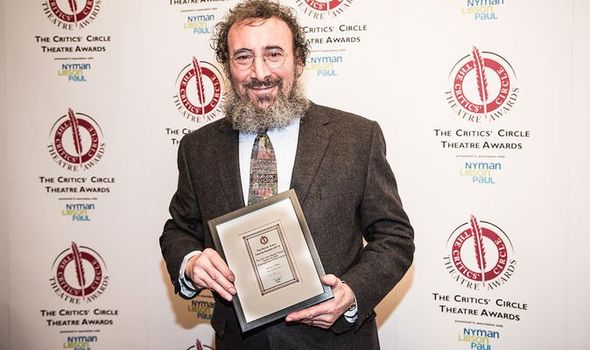 The Royal Shakespeare Company said in a statement the veteran had been diagnosed with terminal cancer earlier this year.

Sir Antony, the favourite actor of Prince Charles, was one of the country’s most renowned Shakespearean performers.

His husband, RSC artistic director Gregory Doran, had announced in September that he was taking a period of compassionate leave to care for him.

The South African-born actor tied the knot with Gregory on December 21, 2005 – the first day same sex couples could legally form a civil partnership in the UK.

RSC executive director Catherine Mallyon and acting artistic director Erica Whyman said in a statement: “We are deeply saddened by this news, and our thoughts and sincere condolences are with Greg, and with Antony’s family at this devastating time.

“Antony had a long association with the RSC and a hugely celebrated career on stage and screen.”

Oscar-winning actor and fellow stage veteran Mark Rylance said: “I was captivated by his immersion and definition as an actor.

“In 1982 we both joined the RSC and became friends. I remember his infectious laugh and sense of humour most. His meticulous artwork and visual imagination.

“He was always most generous and kind to me. A gentleman and devoted man of the theatre. A great loss.”

What is happening where you live? Find out by adding your postcode or visit InYourArea

Sir Antony’s final production with the RSC was opposite fellow South African actor John Kani in Kunene And The King.

John said: “We travelled together as compatriots, comrades in the struggle for a better SouthAfrica. I am at peace with you my friend and myself. Exit my King. Your Brother.”

The National Theatre director Rufus Norris posted: “With the tragic passing of Antony Sher, one of the great titans has left us.

“His contribution and example to our theatre world was exemplary, and his standing within the ranks of National Theatre actors could not be higher.”

SirAntony moved to Britain to study drama in the late 1960s and joined the RSC in 1982. He starred in many famous productions, including King Lear, Othello, The Tempest, Macbeth, Richard III, Death Of A Salesman and The Winter’s Tale.

In 2017, Prince Charles referred to him as his favourite actor.

Sir Antony also appeared in films Shakespeare In Love and Mrs Brown, and on TV in Agatha Christie’s Marple.