Two sisters have spoken out about childhood abuse by their school caretaker.

Rachel Todd, 47, and her 44-year-old twins sisters Sarah Ibbs and Rebecca, known as Beccy, all suffered at the hands of their primary school caretaker who left sweets and letters in their school desks in Sefton, Merseyside.

Beccy tragically took her own life aged 41 in 2019 after struggling to cope with her trauma, turning to drinking and drugs and becoming homeless.

Despite numerous reports to the police and to the school at the time of the abuse, the girls were told they had no proof, and their allegations were not fully investigated until 2015.

The CPS then ruled the case against the caretaker couldn’t be taken to court because he now has Alzheimer’s.

The sisters launched a civil action and secured a financial settlement from Sefton Council in Merseyside after their lawyers argued that the council was vicariously culpable for the abuse suffered. 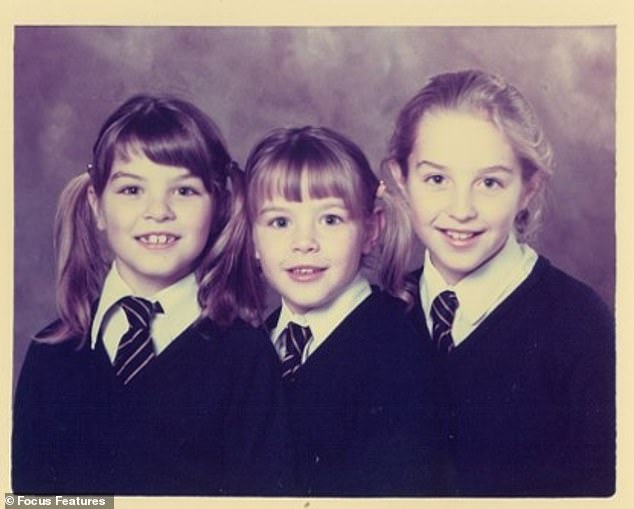 Rachel Todd, now 47, her sister Sarah Ibbs, 44, and Sarah’s twin sister Rebecca were all sexually abused by their school caretaker in Sefton, Merseyside, when they were ten and eight in the 1980s 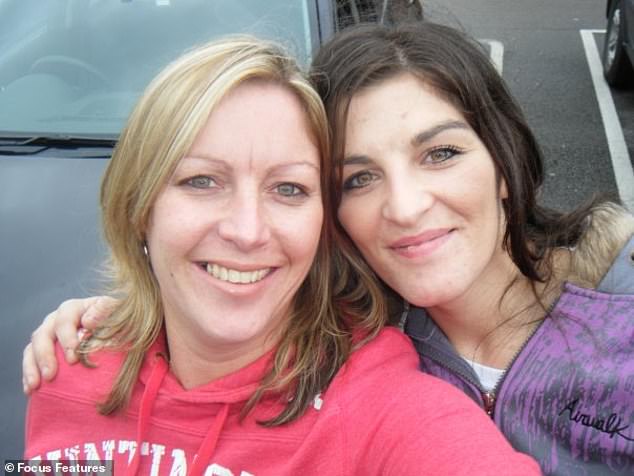 Rebecca, right, took her own life in 2019 after the sisters were told their abuser couldn’t be prosecuted for their abuse because he suffered from Alzheimer’s. Pictured: the twins Sarah and Beccy in 2009

Sarah, 44, said: ‘We have carried this burden our whole lives and to find out that he has escaped justice is a kick in the teeth. We are the ones with the punishment and the life sentence.

‘My twin sister killed herself because she could not live with what he did to her.

‘One day, I was out shopping and heard a voice asking: “Excuse me do you have a spare cigarette”. I turned and it was Beccy, my own twin, begging in the street.

‘In that moment, I hated the caretaker. He had destroyed my sister. 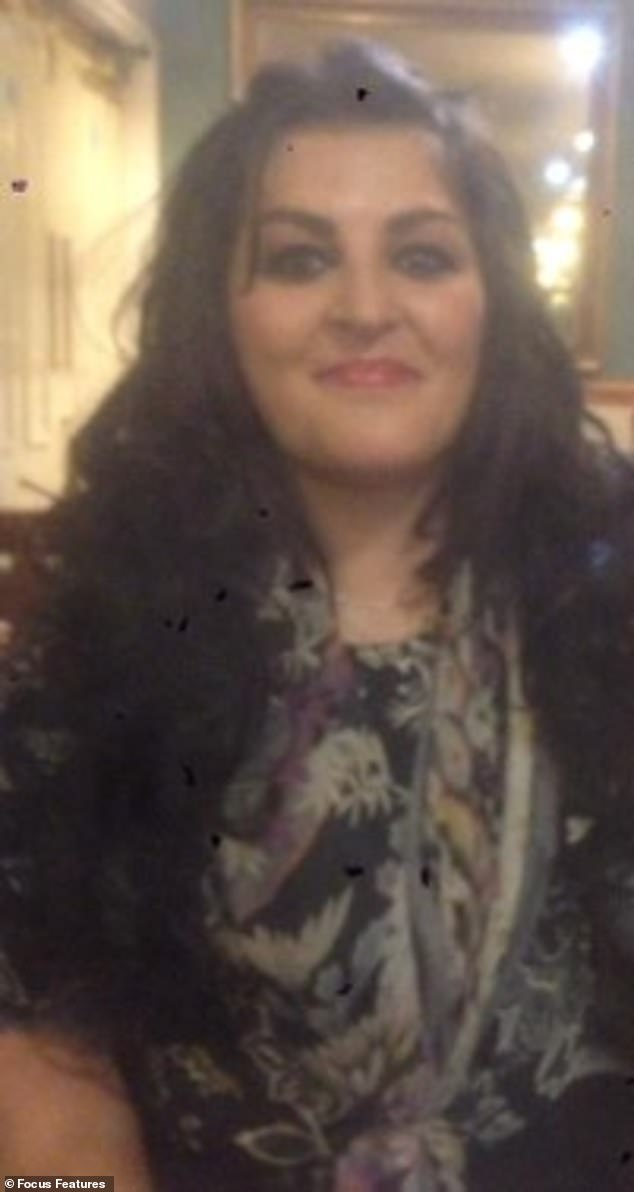 Rebecca, pictured in 2017, turned to alcohol and drugs. Sarah and Rachel said she struggled to live with the trauma of her abuse

‘For many years I tortured myself, wondering if I could have saved her, by speaking out sooner. The guilt, in many ways, was worse than the abuse.’

Rachel, 47, and the eldest of the three sisters from Merseyside, was the first to be targeted by the caretaker, aged ten.

Mum of three, Rachel, said: ‘Our home life was very regulated, and our dad was away a lot working. Mum was on her own with four children and though Dad did his best to provide, there was not much money.

‘I used to arrive at school early because I wanted to be out of the house as much as possible.

‘Looking back, I think that probably made me an easy target.

‘The school caretaker was friendly and made a fuss of me. He left a three pack of Ferrero Rocher for me in my desk, and I was so thrilled because I didn’t get sweets at home. The sweets were a signature trait.

Rachel, pictured in 2019, was the first of the sisters to be sexually abused by the caretaker. She told her parents, who complained to the school. but he remained caretaker

‘At playtime he showed me his boiler room and sat me on his knee. And then he put his hand in my underwear. Even though I didn’t know what it was, I knew it was wrong. I hated it. I ran to the door, but he’d locked it.

‘I stayed away from him after that but then I started to wonder if I’d got the whole thing wrong. I was just ten-years-old and thought maybe I was mistaken.

He was so friendly to me, giving me more sweets, and when he asked me to go into the boiler room, I agreed. But it happened again, and this time, I was in no doubt.

‘I stayed out of his way, but he left a note in my desk, saying: “I miss you, SWALK.” I stuffed it into my school bag and tried to forget about.’

But Rachel’s mother found the note, and, after discovering it was from the caretaker, she made a complaint to the school’s headmaster. Rachel understands that school governors including clergy were present at the meeting. 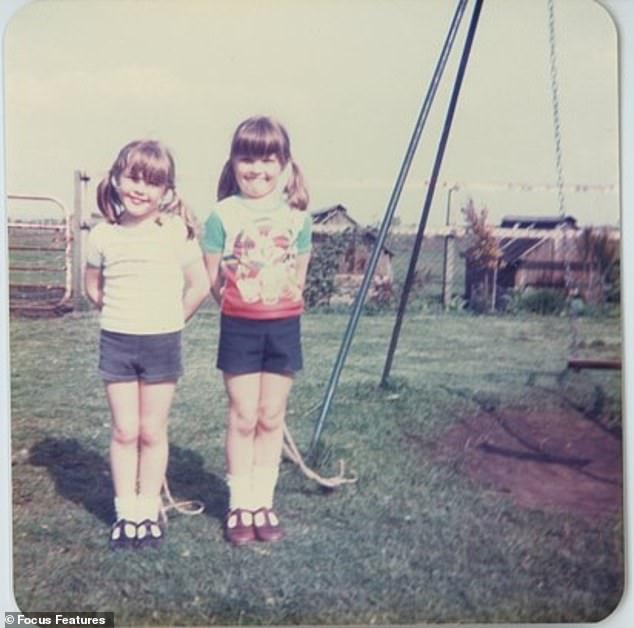 Pictured: the twins in 1986. Sarah and Beccy were also abused by the same caretaker, but didn’t open up about it to each other until they were 13 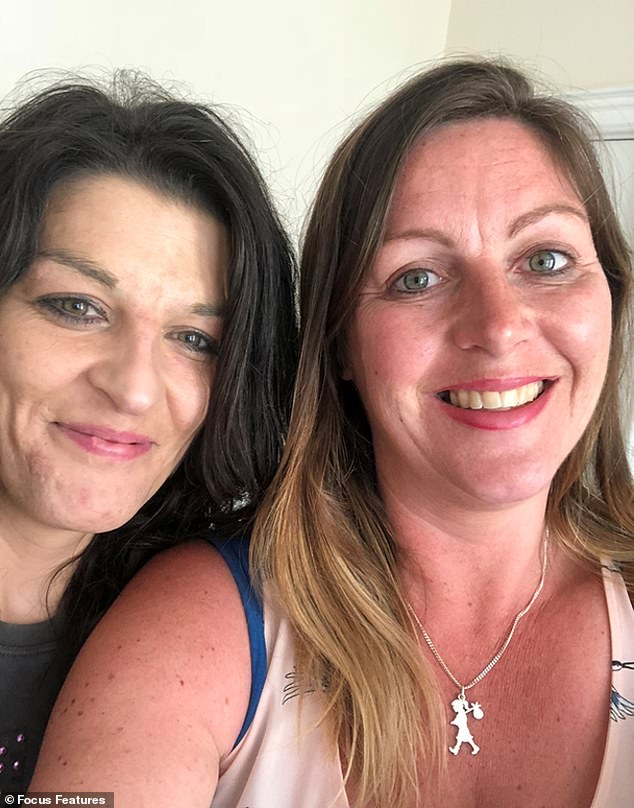 One year on, Sarah and twin sister, Beccy, were also abused, aged eight.

Mum-of-one Sarah, who has since emigrated to New Zealand, says: ‘The caretaker was like the BFG. He had white hair and I liked the smell of his jumper.

‘He left me sweets and showed me the boiler room and then he put his hand in my underwear.

‘He said to me: “Don’t tell anyone.” And I shouted: “I will tell everyone if you do it again”.

‘I didn’t go back to the boiler room, but I didn’t tell anyone. I was too scared. Rachel didn’t know I’d been abused, and I didn’t know about her. We were all trapped by our silence. 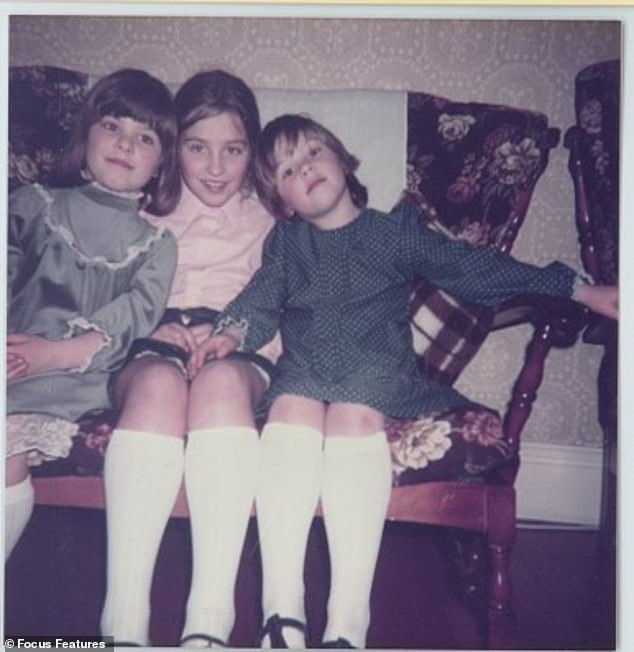 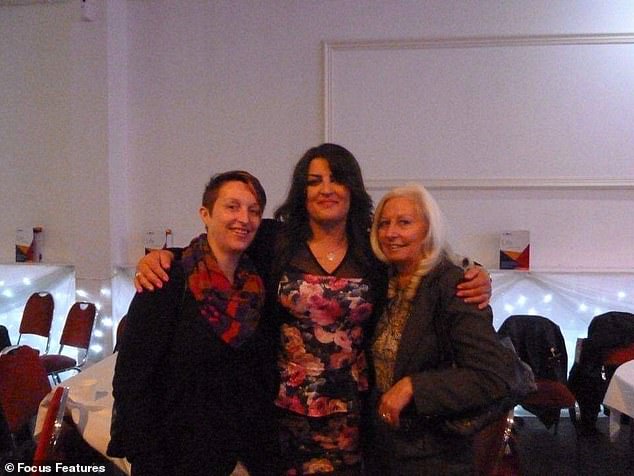 Rachel with Beccy and their mother in 2016. In 2015, the caretaker was investigated, but the family were told he couldn’t be prosecuted 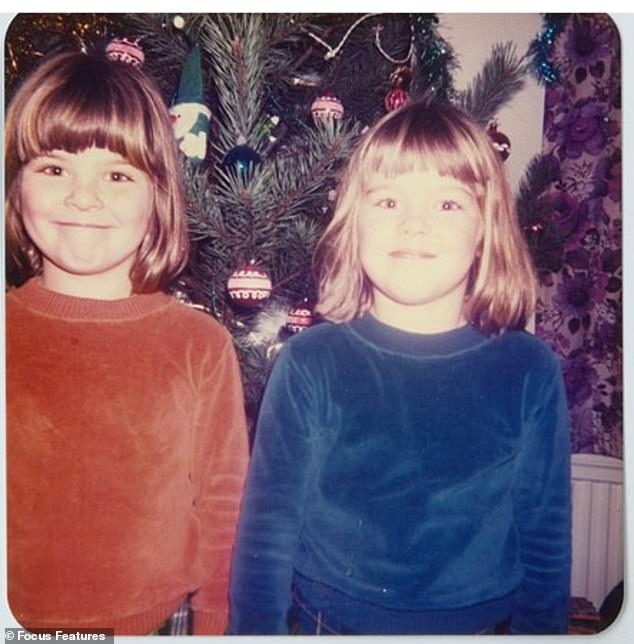 Beccy and Sarah pictured at Christmas time in 1982. Sarah said she felt guilty that she didn’t know Rebecca had also been abused by the caretaker

‘I didn’t know that he was abusing Becky too and I feel so guilty, even though I know it’s not my fault.’

Beccy’s abuse went on over period of time and she later told her sisters she had been locked in a cupboard in the boiler room by the caretaker on several occasions.

Sarah says: ‘Often the caretaker would come to class looking for a child to help him with a special job; that’s how it was in the 1980’s. He always chose Beccy, and nobody ever questioned that.

‘She was out of the classroom with him for long periods of time. The teachers also often sent children to the caretaker’s office to sort out an odd job, such a leak or a spill. That was normal in those days.

‘I can’t begin to imagine how she suffered. It must have been horrific.’ 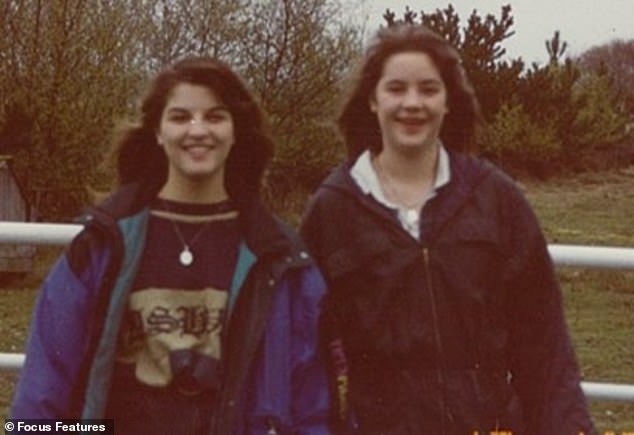 The twins in 1992, when they were 17. Rebecca would often be sent to the caretaker’s office when she was a child, where she would be abused 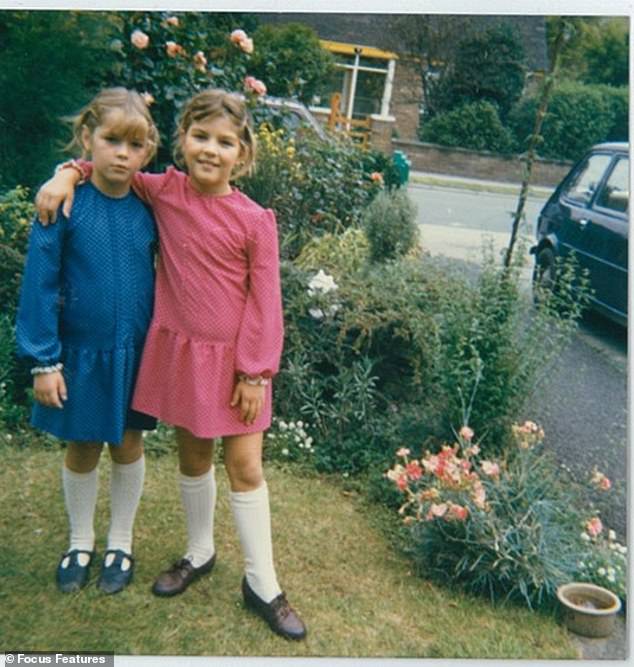 Sarah and Rebecca in 1983, when they were six, two years before the abuse took place. The three sisters didn’t know they all had been abused until the twins were 13-years-old

It was only aged 13 that the twins confided in each other, and in their parents.

Sarah says: ‘It was wicked that he had driven such a wedge between us. Beccy and I were so close, and we shared everything – but we hadn’t told each other about the abuse.

‘Mum went to the school and the police came but we were told that without supporting evidence outside the family they could not prosecute. The letter which Rachel had received had been given to the school and was somehow lost.

‘We were basically made to feel that we were liars and that had a devastating effect on all of us.’

The girls all struggled through their teenage years and, though they made a second complaint aged 17, it was not followed through. 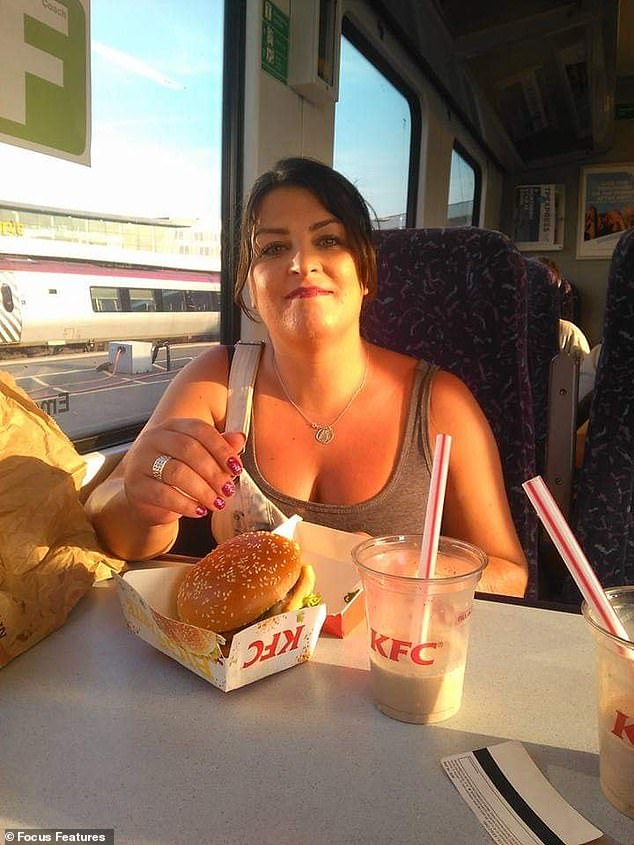 Rebecca, pictured in 2018, never recovered from the abuse and turned to drugs and alcohol to cope 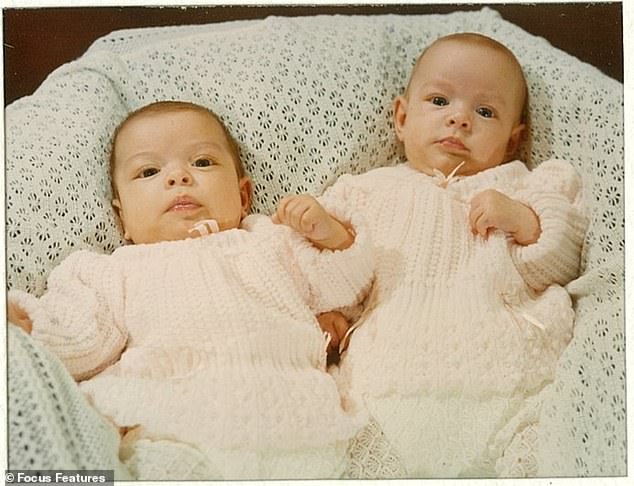 The twins as babies. Rebecca took her own life before a settlement was reached with Sefton Council

In 2015, following the publicity surrounding Jimmy Saville, the sisters again made a complaint to the police and this time they were taken seriously. But before charges could be brought, they were told that the caretaker now had Alzheimer’s and would not be fit to stand trial.

Sarah says: ‘It was absolutely gut-wrenching. To come so close, after all these years, to justice, and then have it snatched away was so cruel.

‘He claims he can’t defend himself now with Alzheimer’s. What about our right to a defense as small children, against a monster like him? It seems as though it’s weighted in his favour.”

They took civil action and were awarded an out of court settlement from Sefton Council after their lawyers argued that the council was vicariously culpable for the abuse suffered.

Tragically, Beccy took her own life before the settlement was reached.

Sarah says: ‘Becky never got over the abuse. She turned to drink and drugs to self-medicate. We tried to help her, but she couldn’t talk about the abuse. She was too traumatised.’ 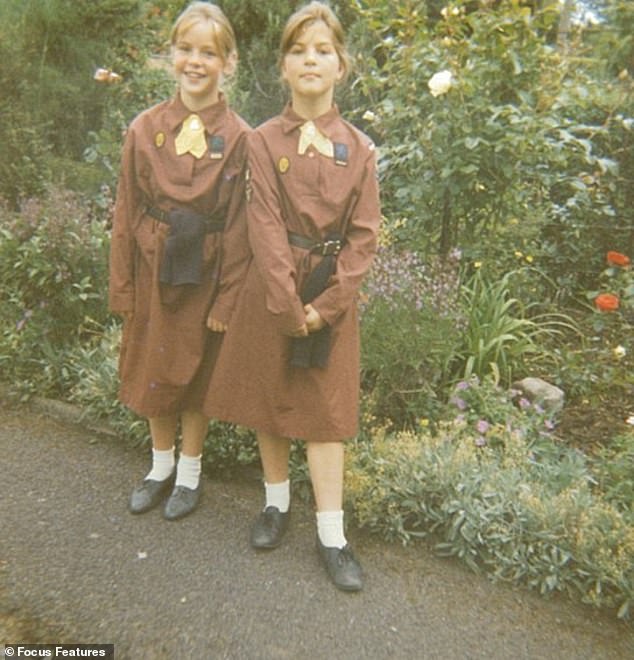 Pictured: the twins aged nine, after the abused had started. Sarah said it felt like the system had weighed in the caretakers favour, because he couldn’t be prosecuted 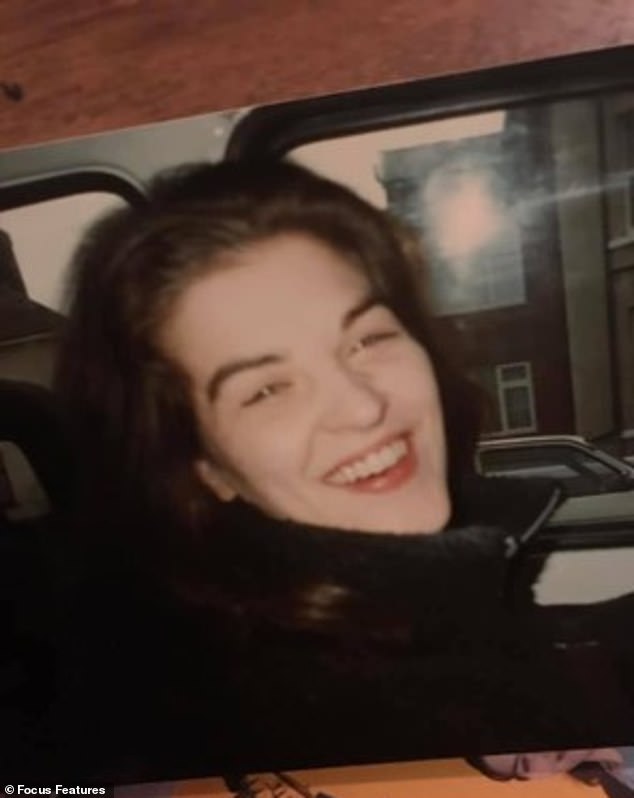 Rebecca, pictured in 2001, aged 24. Sarah said her twin tried to self-medicate with drugs but never got over the abuse

Beccy died from a drugs overdose in January 2019 and a verdict of suicide was later recorded.

Rachel says: ‘We don’t understand how it cannot be in the public interest to prosecute a man who was, and perhaps still is, a danger to children. There may be other victims out there.

‘We don’t want any money. We just want our voices to be heard.”

Kim Harrison, head of abuse law at Slater and Gordon, said: ‘All three of these women showed immense bravery in coming forward and reporting their allegations to the police.

‘They have since been determined to speak out about what happened to them in the hope that their story might resonate with others out there and help them come to terms with similar abuse.

‘It’s been a privilege to meet and work with them all.

‘That determination is commendable, and I know that both Sarah and Rachel took this battle on in the name of their sister who they sadly lost a few years ago.’